A Moment With… Elliott Light 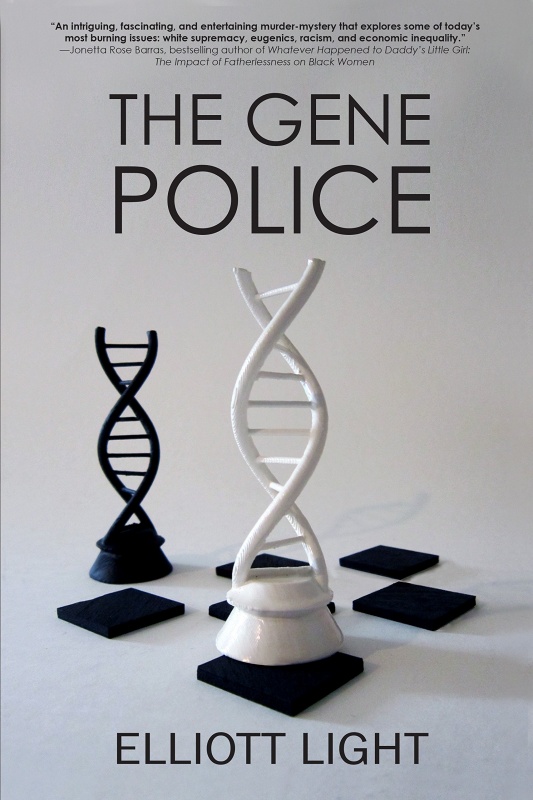 Elliott Light, author of the Shep Harrington Small Town Mystery Series joins me today to talk about what he’s learned about writing a series and what he wished he’d known before writing one. Over to you, Elliott…

I have recently read several interesting articles about writing a series. The articles provided a lot of insight into the concept and structure behind a literary series. My timing, of course, is a bit off, kind of like reading “Ten Mistakes Do-It-Yourself Submarine Makers Make and How to Avoid Them” after launching my first sub. The good news is that I survived to write another day.

The gist of the guidance offered online is to plan the series before you start writing it. Okay, so I didn’t do that, probably because I didn’t know that I was going to write a series. And to be fair, planning is more important when writing a series that has a single story arc (e.g., The Hobbit, Harry Potter) than it is when writing a series in which the books are episodes that can stand alone (e.g., Sherlock Holmes). But even in an episodic series, the consequences of not planning enough can be catastrophic and are hard to fix.

The Shep Harrington SmallTown® Mystery Series is currently three books: Lonesome Song, Chain Thinking, and The Gene Police (to be released in January 2018). In Lonesome Song, the main character, Shep Harrington, arrives in a small Virginia town (Lyle) and becomes embroiled in the death of Reilly Heartwood. Shep knows most of the people he encounters because his mother is from Lyle and he visited the town as a child. Shep immediately confronts two problems: Reilly’s death has been ruled a suicide and the Reverend Billy will not bury Reilly in the town cemetery. Shep has his own issues; he was convicted of a crime he didn’t commit and served three years in prison as a consequence.

The story is driven forward by a cast of characters drawn from the town, Reilly’s past, and Shep’s past. Some of these characters were specific to Lonesome Song and some were destined to become recurring players in Chain Thinking and The Gene Police. In the episodic series, the characters become structure that bridges the episodes. Hopefully, readers are drawn to the major characters. It is the writer’s responsibility to make certain that the attributes of the characters remain consistent from story to story even as the characters grow and change.

Hindsight teaches that before starting Chain Thinking, I should have created a “file” for each person appearing in Lonesome Song. The file should have at least included the character’s age, relationship to the protagonist and other characters, any details about his or her physical condition (blind, deaf, etc), and, if the character is important enough, a short biographical sketch that includes notable family history (orphan), skill (carpenter), or beliefs (UFOs, atheist). Of course, like many writers basking in the joy of a first published book, I wasn’t thinking that far ahead.

While the character file is a useful tool, focusing too much on the mechanics of writing can leave a story lifeless. Detailed biographies of characters suck up time and creative energy that would be better devoted to writing a compelling scene. A consistency error, even one that makes you want to crawl under the bed and never write again, is a misdemeanor compared to the felony of a story trying to get through a thicket of overly complex characters forced to reveal a rambling list of personality flaws, likes, and dislikes and details of their miserable childhoods.

So what would I do differently?

Speaking only about an episodic series, after my first book was written and preferably before it was published, I should have created a spreadsheet of the characters I had created detailing the information discussed above. Using the spreadsheet, I should have at least asked the following questions:

If you are contemplating an episodic series, by all means find and read articles about series writing. “Plan” your series, but don’t let the plan control you. After the first book, look at where you are and the path that brought you there. Stay impulsive. Most importantly, engage with your characters. They will keep you honest if you let them.

NOTE: I have spent the better part of a year learning how books are currently marketed. The explosion of social media not only offers new ways of getting in touch with potential readers all but obligates writers published by small presses and self published writers to create and maintain social media accounts. Reviews have always been important but writers ignore blogger sites at their peril. This post is a testament to now only the power of bloggers, but to the critical service they provide. My thanks to Laura at Novelkicks.com for offering me this platform. 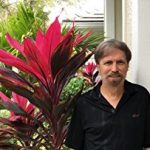 Elliott is a retired patent attorney living in Florida with his wife, Sonya, and their feline, Tsuki.  He’s spent most of his life in the Washington, D.C. area and grew up in McLean, Virginia.

When he was in his early thirties, his life pivoted when he was accused of a crime he didn’t commit.  Elliott’s defence counsel discussed plans for his likely indictment and possible imprisonment. This experience with the so-called justice system ended after a two year ordeal without an indictment and without going to trial. Even so, it could have ended differently.

Sadly, he will never fully believe that prosecutors, investigators, or the government are as interested in the truth as they are in getting a conviction, an attitude that  Elliott does share with the semi-fictional Shep Harrington.

For more information about Elliott and his novels, visit his website at www.smalltownmysteries.com, 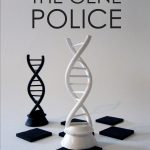 My verdict on The Gene Police:

The Gene Police is the third novel in the Shep Harrington small town mystery series and my introduction to both Shep and Elliott Light.

Shep has inherited a large estate and money from his biological father and whilst attempting to settle things with the IRS, gets a visit from a state trooper named Reggie who goes on to explain how his Aunt supposedly lost her baby at birth due to a heart defect but there are photos of a unknown woman with a baby on Shep’s property from the time of the boys ‘death.’

This soon turns into an investigation that Shep and his law partner Robbie were not expecting.

Being shrouded in mystery meant that I wanted to continuously read (well into the night too.)

Shep is an interesting character and brilliantly complicated. Shep and Robbie make a good, believable team.

The book contains intense plot elements; some are really quite harrowing. I wasn’t crying, there was something in my eye.

The twists and turns of the plot had me guessing up to the last page and I found the writing style easy to like,

If you love mystery, then really do give this book series a go.

(The Gene Police was released by Bancroft Press in May 2018.)

One Response to A Moment With… Elliott Light