A Moment With… Nell Cook 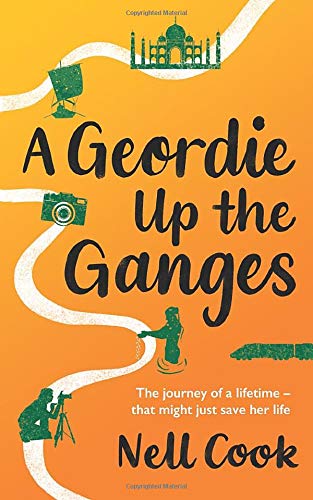 I’m excited to be welcoming Nell Cook to Novel Kicks today to chat about her novel, A Georgie Up the Ganges.

IT’S CRUNCH TIME AND JENNIFER BARNES MUST SEIZE THE DAY

She’s stumbling through the mid-life crisis from hell…and then she receives a diagnosis that puts her future in jeopardy.

She has two choices. Crumble or follow the call of her heart. She chooses life, and embarks on an adventure trip to India armed with pick-pocket-proof knickers and a shewee.

To add to her woes she must travel with a group of seven strangers.

Among her travelling companions are an upper-class toff with bossy tendencies, and a wisecracking, gorgeous Glaswegian who says he’s in it for the adventure.

During the journey from one end of the Ganges to the other, Jen experiences the magic of the biggest festival on earth; rides the river’s rapids; and glimpses the wilder side of Varanasi.

Wanting pity from no-one, she hides her illness, and during the journey learns she’s not the only one with secrets.

Will opposites attract? Does Jen have the strength to resist the temptation of forbidden fruits? What will she discover about herself and others and, can she master the shewee?

Talking about her start as a writer, without further ado, over to you, Nell.

I’d like to welcome you with a quote from Ernest Hemingway.

“There is nothing to writing. All you do is sit down at a typewriter and bleed”.

Sounds easy doesn’t it? Yes, I thought so too.

Well, now I know why so many people who start writing a book never actually finish it.

The seed was planted six years ago when I wrote a blog about my adventure trip to India. I knew with my series of anecdotes I had a powerful story begging to be told. “I’ll write that book one day” I kept telling myself, and for four years my anecdotes gathered dust on the hard drive of my laptop. Then something happened out of the blue which changed everything.

Two years ago I got the exciting opportunity to help make a pilot television show, which involved pitching the idea of my story as a comedy drama series to a panel of tv experts. Although the pilot wasn’t screened the production company loved my story, and that was the catalyst which compelled me to pick up where I left off.

I stopped telling myself “one day blah, blah, blah” and my mantra became “now is the time”. 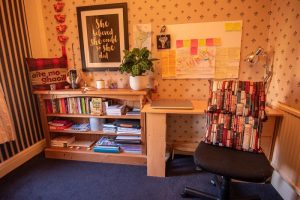 So, the spare room in our home became my writing cave, I put aside my obsession with photography and stopped watching television (apart from Game of Thrones of course).

I’ve learned to create and flesh out characters, master dialogue and outline compelling plot and structure. I’ve tested my writing mettle with descriptive prose, subtext and point of view. Crafting beginnings and endings and discovering theme and premise, I’ve found my voice.

I knew of the obvious trials and tribulations before I embarked on my writing journey; finding the time; writer’s block; self-belief; getting published amongst others. But I hadn’t anticipated the challenge of waking up in the dead of night when my Muse decides to burst into activity. Believe me, when that happens you can say goodbye to sleep – you’re not the one in control.

One of the most important decisions I made early on for my novel was that I would write fiction based on actual events rather than write a memoir. A memoir must be a truthful telling of events, but with fiction I could have fun, flex my creative muscle and entertain my readers with a story that resonates, because it’s inspired by real events which happened to me. 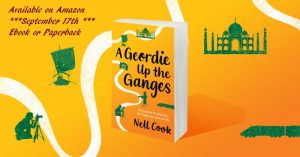 ON THE SUBJECT OF AUTHOR PEN NAMES

How and why did I end up with my author pen name of Nell Cook? Unless you have a very unusual name, the chances are that another writer with the same name as you has already claimed it. Sure enough there are already two authors on Amazon with the same name as me. I had to get imaginative. My husband calls me Len but, not wanting readers to think I’m a male writer, I switched it round. It’s a perfect pen name for me as my Nan was called Nellie, and even better, I’m the only Nell Cook author out there.

I’d like to end my first blog the way I started, with another quote… this time from George Orwell who said of writing a novel,

“One would never undertake such a thing if one were not driven by some demon which one can neither resist nor understand”.

I totally get that, and I’m hoping I don’t end up like Jack, the author in “The Shining”. The last thing my husband needs is me hacking at our lounge door with an axe screaming “Heeere’s Nellieee” 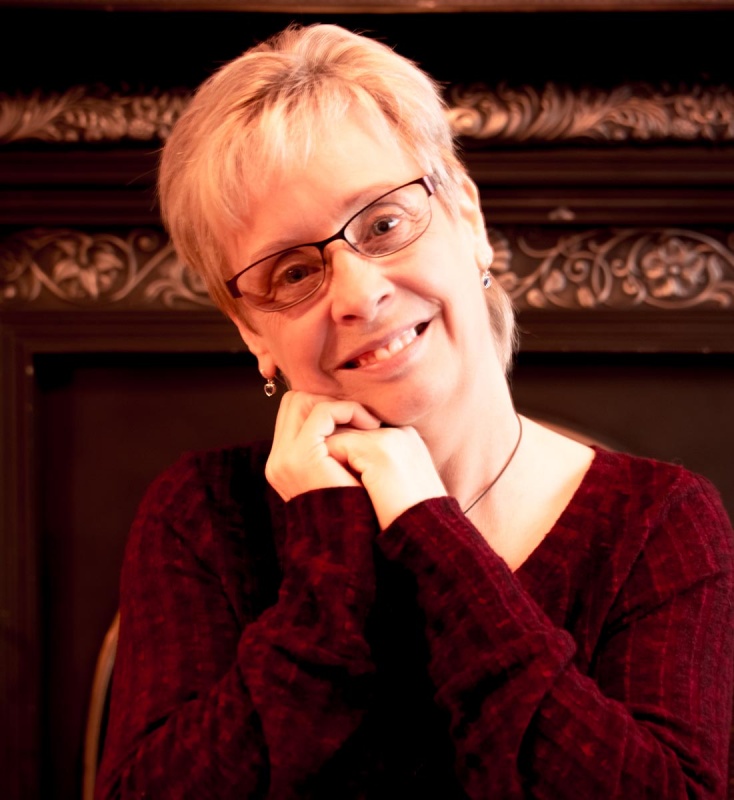 Nell Cook is an author, photographer, and Geordie Lass who writes stories about ordinary people in extraordinary situations.

Her debut novel, A Geordie Up The Ganges, was inspired by a life-changing trip to India that she undertook just five days after a shock cancer diagnosis. Poignant and hilarious, Nell’s novel celebrates the love, strength, humour and sheer determination to beat the odds we each have within us.

Nell was born and bred in Newcastle-Upon-Tyne and now lives in Blackpool. She works in finance and writes in every spare moment she can carve out of her day. She has a passion for photography too and can often be found in the Lake District with her camera on a tripod. She is little but noisy, enjoys drinking coffee and loves witnessing the rising of the sun.

Connect with Nell at;

A Georgie Up The Ganges was released in September. Click to view on Amazon UK.