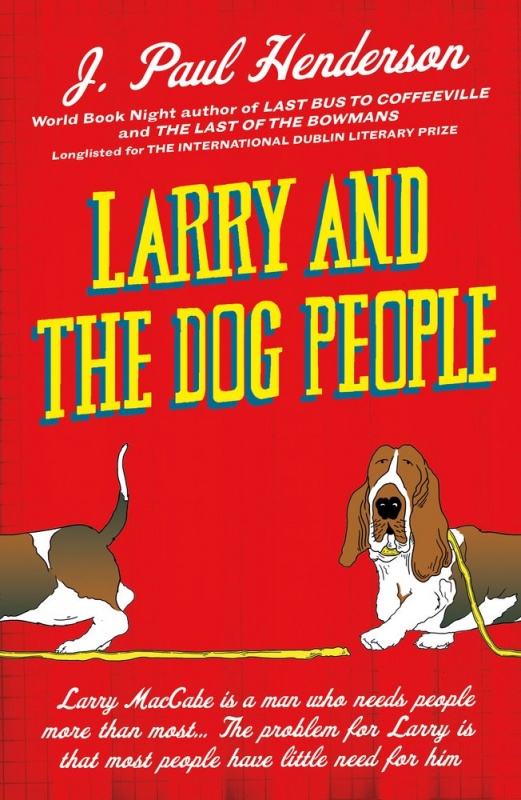 This scene recounts the time from when Wayne is diagnosed with dyspraxia to the time he’s banished from the house and forced to live in a tree.

Wayne is born in Charles Town, West Virginia, the product of carelessness rather than family planning, and his welcome into the dysfunctional Trout household is muted. Although the Trouts never fully accept Wayne as one of them, they at least get used to having him around the house.  Life for Wayne, however, becomes more problematic when his father is killed by a race horse and his mother marries a man she meets in a tattoo parlour.

His new stepfather, Howie Pillsbury, makes bird tables for a living and has an image of Marilyn Monroe inked on his forearm that looks more like Hillary Clinton on a bad day. He’s a member of a far-right militia, but has less time for Wayne than he does for the government.  It’s his idea for Wayne to live in a tree house, and Mrs Trout defers to him.  “Man descended from the trees and now you’re going back up one,” he tells Wayne.

Below is an excerpt from when the educational psychologist tells the Trouts that their son is suffering from dyspraxia.

The educational psychologist chose his words carefully, words he believed the odd-looking couple sitting opposite him would understand. “He’s got clumsy kid syndrome,” he said, coming straight to the point

Mr Trout was about to ask for his money back when the psychologist continued. “There’s a part of the brain called the cerebellum,” he explained, “and this is the brain’s skill centre.  If the cerebellum malfunctions it transmits inaccurate messages to the body.  While the brain is expecting the body to do one thing the body thinks the brain is asking it to do something different.  It’s a classic case of miscommunication – a bit like a Chinese whisper.”

“So it’s a foreign disease, then? Mr Trout ventured.

“Of course it’s not a foreign disease!” the psychologist unintentionally snapped. “It’s neither foreign nor a disease.  It’s an innate disorder.”

Mr Trout tried again: “So what you’re saying is that Wayne’s ate something and not digested it properly.”

Once I decided on the name of Larry’s defence lawyer, the scenes – scattered throughout the final chapter – wrote themselves.

Osmo McNulty is a personal injury lawyer who’s indebted to Larry for steering him in the direction of law and away from history: “That course you taught on the Emergence of Modern America really changed my life, Professor MacCabe.  It made me realise I was studying the wrong subject.”

By taking Larry’s case, Osmo is hoping to break into the big time, but is handicapped by his own ineptness and a burgeoning personal injury practice. Indeed, his first question to Larry on becoming his counsel is to ask him if he’s ever been involved in a traffic accident in the last three years that wasn’t his fault.

Osmo accepts that the prosecution’s case is circumstantially damning, and confesses to Larry that he’s glad he’s not sitting in his place or wearing his shoes. He hopes, however, that his own dimples will win over the jury and save the day for his client.  His questioning of witnesses, though, is oblique and seemingly without purpose, and nowhere is this more apparent than in his interrogation of Professor Bob Parish.  (Parish is the Head of the History Department who has refused to be a character witness for Larry.  Instead of accepting this, McNulty sends him a subpoena and requests that the judge treat him as a hostile witness.)

Professor Parish nodded his thanks.

“Tell me, Professor Parish: is your appearance today voluntary?”

Professor Parish said that it wasn’t.

“So what you’re telling the court, Professor Parish, is that someone else told you to wear that suit?”

“No one told me to wear this suit, Mr McNulty. I chose to wear it myself.”

“And is this your best suit?”

“One of them, yes,” Professor Parish replied.

McNulty then turned to the jury and asked his next question while facing them. “So you decided to wear one of your best suits today when you were called as a character witness for Professor MacCabe?”

Parish made no answer and McNulty reminded him that the question required a yes or no answer. Parish shrugged and said yes.  McNulty then turned to the jury and repeated that Professor Bob Parish, Head of the History Department at Georgetown University, had decided of his own free will to wear one of his best suits to court that day to give evidence on behalf of his ex-colleague Professor MacCabe.  It was probably then he should have sat down and excused the witness, but he persisted…

I would like to apologise to all my other favourite scenes that didn’t make it to the final cut, but assure them that, on another day, they might well have done. 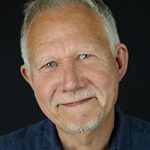 J. Paul Henderson was born and grew up in Bradford, West Yorkshire, gained a Master’s degree in American Studies and travelled to Afghanistan. He worked in a foundry, as a bus conductor, trained as an accountant and then, when the opportunity to return to academia arose, left for Mississippi, returning four years later with a doctorate in 20th Century US History and more knowledge of Darlington Hoopes than was arguably necessary. (Hoopes was a Pennsylvanian socialist and the last presidential candidate of the American Socialist Party).

American History departments were either closing or contracting, so he opted for a career in academic publishing. His previous novels include Last Bus To Coffeeville and The Last of The Bowmans. He now lives in a house in England, drives a car and owns a television set.

Larry and The Dog People was released by No Exit Press and is available from most UK bookshops and online. To view on Amazon UK: https://www.amazon.co.uk/J.-Paul-Henderson