A Moment With Talli Roland 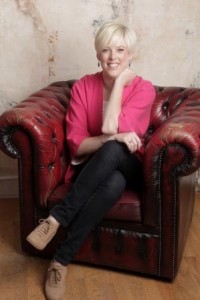 From My Head to the Page: Creating Main Characters.

Every book is different, but when it came to developing the main character for THE NO-KIDS CLUB, the ideas just flowed. Clare was there, waiting inside my head, already fully formed and biding her time under I finally sat down at the computer and started typing.

As with many of my characters, Clare contains a little piece of me. Like Clare, I never wanted to have children – for many of the reasons she outlines in the novel (although it’s fair to say I didn’t feel quite so vehemently about it!). I’d watched many of my friends become parents, marveled at how their lives changed, and wondered if having a baby really was worth all that upheaval. When Clare spilled out onto the page, a lot of my own sentiments did, too.

Of course, it’s never that easy. In any story, characters need to inhabit a world beyond their creator. I needed to figure out why Clare felt so strongly about not having kids, and how her character would transform and grow over the course of the novel. With each book, I ask myself what the main character wants in the beginning, who will stand in their way, and how their desires will change by the end. From there, I come up with ideas and scenarios that will either hinder or help the character’s development. I won’t give away the plot here, but let’s just say Clare’s notion of the life she thinks she wants is severely challenged!

As I penned Clare’s transformation, it was impossible not to think of my own – especially as I wrote much of the novel while my then-infant slept. I didn’t have a difficult childhood like Clare, but I did share many of her fears. Would having a baby mean my career would stall? Would I be able to give so much of myself? Would I still be me? Writing THE NO-KIDS CLUB was cathartic in a way, and although Clare has become a separate entity in her own right, she’ll always be connected to me.

About THE NO-KIDS CLUB: At almost forty, Clare Donoghue is living child-free and loving it.

Then her boyfriend says he wants kids, breaking off their promising relationship. And it’s not just boyfriends: one by one, her formerly carefree friends are swallowed up in a nonstop cycle of play dates and baby groups. So Clare decides it’s time for people who don’t have children to band together. And so the No-Kids Club is born. 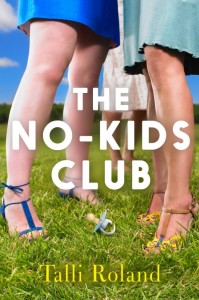 As the group comes together—Anna, who’s seeking something to jumpstart a stale marriage, and Poppy, desperate for a family but unable to conceive—Clare’s hoping to make the most of the childless life with her new friends.

Will the No-Kids Club be Clare’s route to happiness, or will the single life lose its sparkle?

Talli Roland writes bittersweet and witty contemporary women’s fiction. Born and raised in Canada, Talli now lives in London, where she savours the great cultural life (coffee and wine). Despite training as a journalist, Talli soon found she preferred making up her own stories–complete with happy endings. Talli’s debut novel The Hating Game was short-listed for Best Romantic Read at the UK’s Festival of Romance, while her second, Watching Willow Watts, was selected as an Amazon Customer Favourite. Her novels have also been chosen as top books of the year by industry review websites and have been bestsellers in Britain and the United States.