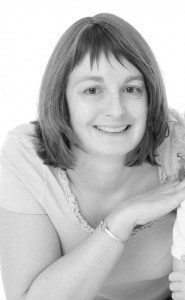 I understand it is quite common that writers like to have more than one project on the go or at the very least like to have an alternative writing outlet that they can indulge in. For example the lovely Miranda Dickinson, famed for her best-selling Romance novels, talks opening about The Mystical Wombat’s Guide to Life and the T-Cup spy network of tea ladies which are her other writing projects that she dives into when not writing romance.

I’ve heard it said that it’s a good thing to regularly flex your writing muscles and apparently Twitter and Facebook posts don’t count. Whilst writing Romance is my main writing focus, from time to time I do have a break and switch to a different genre. So I too have a pet project that I drift off to when not engrossed in a Romance story and it’s a children’s adventure.

This came about because my wonderful writing tutor, Gill Vickery, sets the class a variety of challenges and encourages us to try new things. One of the exercises she set had me scribbling merrily away and before I knew it I had a coupe of well-formed children’s characters. This combined with a story I wrote in my teens, that filled a whole exercise book and was dutifully marked by the ever accommodating Mr Bundy, produced a whole set of stories in my mind.

I would never have turned my hand to writing children’s stories if it wasn’t for the writing class but there are also a number of books on the market that are intended to spark ideas and encourage you to try out new writing styles and genres. I would definitely recommend that you try something different to your ‘norm’.

I think it also offers you a comfort blanket of something you can write that can be just for you. Knowing that there’s no pressure to produce something of a publishable standard makes it far more relaxed and fun. Unfortunately I made the mistake of running my plot ideas past the child and then found myself under regular scrutiny for my word count (not as relaxing as I had hoped!)

As a child I loved Enid Blyton’s Secret Seven and the Adventure Series so my stories have a familiar set up of four children and a mystery to solve but set against the trials of the modern world. The child has read the first one and is now bullying me to write more so I’m guessing it was okay.

I would never in a million years have thought about writing for children but it just goes to show you that if you try something new you might just enjoy it and you never know where it may lead.