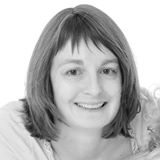 I love Mr Potato Head – there I’ve said it out loud (this isn’t a pet name for my husband in case you were wondering). The character in Toy Story is exactly the way I would have expected that toy to be had it come to life. Believe it or not this is a column about writing, I know sometimes you have to get a shovel to dig it out but trust me I will get there eventually.

Anyway, Mr Potato Head, sadly my eight year old informs me that she is too big to play with him now and he can go to the charity shop. It is such a shame, he was a brilliant toy. We had hours of fun swapping over his assorted limbs and accessories. Thanks to Disney, Mr Potato Head now has a ridiculous amount of outfits and extras, he can be a king or a chef or even Mickey Mouse from Fantasia! In my day you had to use an actual potato and stick bits into it (yes I am that old, please stop sniggering).

Whilst playing with the modern version it struck me that building characters is very similar (see I told you there was a connection to writing, my sincerest thanks for bearing with me). He has a selection of different coloured eyes one of which is a scary frowny pair. Just like Mr PH a character’s features change when they are angry, they may have a particular way that their face contorts. Perhaps their face doesn’t change much, they may keep their emotions concealed. Perhaps they think that they conceal them well but there is a chink, a flicker of something that gives away their true feelings.

I had some feedback a while ago that my main characters were strong but that my supporting ones needed to be more rounded. I assumed that they didn’t mean just fatten them up with cake. So I pondered this for a while because I feel that the approach I use to make my main characters rounded is by exploring their emotional connections and the underlying reasons as to why they react the way they do in each situation I place them in. How they reveal themselves, their thoughts and feelings all helps to develop them for the reader. This is tricky to do with the supporting cast.

I decided to pick on a couple of supporting characters and tackle them as I edited. I used the Mr Potato Head approach (I may even copyright this) when my main character was reacting to something what were they dong? What did their eyes look like? What gestures were they making with their hands? I popped in just a couple of details about their expressions, I tweaked the dialogue, I sprinkled over a smidgen of back story and voila: my supporting characters are a fraction plumper and more potato-like than they were before.

So to summarise I need to keep Mr Potato Head for important research and character building, have you seen my shifty eyes?