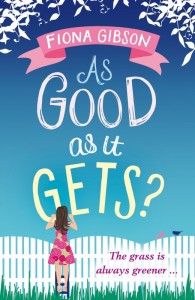 ‘Hey, beautiful!’ the blond boy yells, nudging his friend. They watch, admiring, as the shopping crowds mill around us. There are more glances as we walk: some fleeting, others more direct. All this attention isn’t for me; Christ no, that hasn’t happened since Madonna vogued in a gold conical bra. Even then, it pretty much amounted to a bloke up some scaffolding yelling, ‘Your arse looks like two footballs!’ I’d adored my stretch jeans until that sole cruel comment killed the love affair stone dead. Not that I’m the kind of woman to take any notice of construction workers’ remarks. I mean, I’ve only festered over it for twenty-three years… Anyway, of course it’s not me who’s causing virtually every young male in this over-heated shopping mall to perform a quick double-take. I am thirty-eight years old with wavy, muddy brown hair that’s supposed to be shoulder-length but has outgrown its style, yet isn’t properly long – it’s just long-ish. That’s what my hair is: ish. I am also laden with copious bulging bags, like a yak. Judging by the odd glimpse in mirrored surfaces, I note that I have acquired a deathly pallor beneath the mall’s unforgiving lights. I also have what the magazines term ‘a shiny breakthrough’ on my nose and cheeks. The cruel lighting, of course, is not detracting from my daughter Rosie’s beauty. Leggy and slender, with a cascade of chestnut hair which actually gleams, like polished wood, she’s marching several paces ahead, lest someone might assume we’re together. Faster and faster she goes, on the verge of breaking into a trot, while I scuttle behind, tasked with carrying the shopping. Incredibly, Rosie doesn’t seem to notice the glances she’s attracting from all these good-looking young males. Perhaps, when you’re so often admired, you simply become immune to it.   As Good As It Gets is published by Avon. The Kindle version was released on 29th January 2015 with the paperback due for release on 26th February 2015. Click to view on Amazon. Thank you to Avon for the review copy.) Tomorrow, the next stop on the tour is Eve’s Chick Lit Reviews. 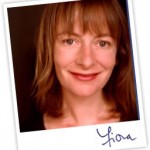 A little about Fiona: Fiona is an author and journalist who has written for many UK publications including The Observer, The Guardian, Marie Claire, Red, New Woman, Top Sante and Elle. She writes a monthly column for Sainsbury’s magazine and is a Contributing Editor at Red magazine.Fiona lives in Scotland with her husband, their twin sons and daughter. She likes to draw, run 10k races, play her saxophone and lie in the bath with a big glass of wine, although not all at once. To find out more about Fiona, visit her website: http://fionagibson.com/