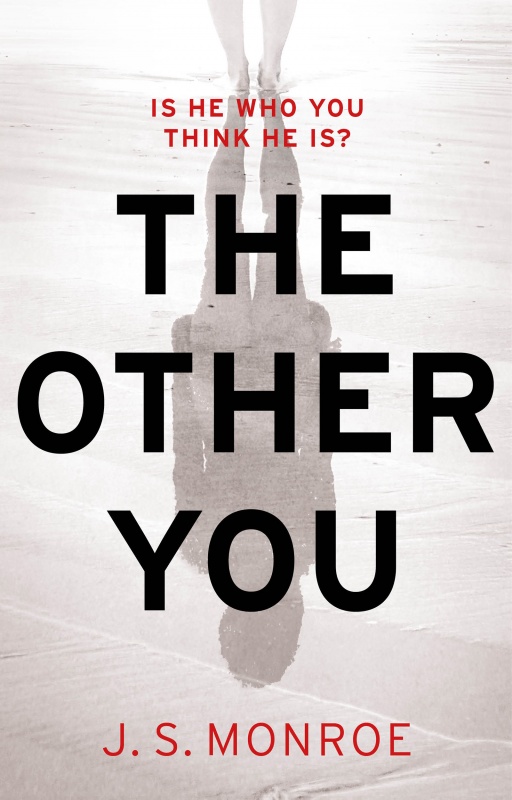 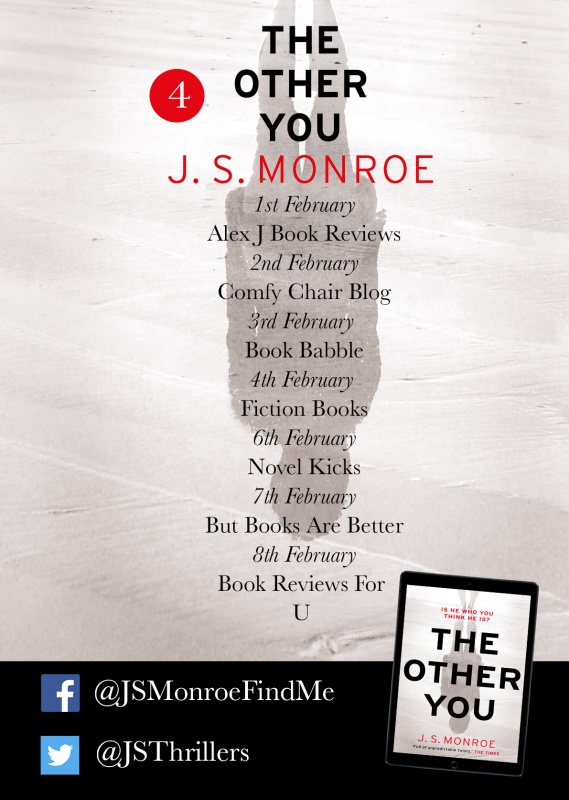 He nudges her playfully. And then all she can hear is the faint in and out of his breathing, and the sound of the waves below.

Sleep soon starts to lap at her own consciousness, but something’s preventing her from dropping off. What Rob said about doubles last weekend has been on her mind all week. She hasn’t been able to forget it, his words chasing her through her days of painting and nights of restless dreams. And I’ve already met mine, a long time ago. What must it be like to actually meet your double? And when did Rob encounter his? Where? We’ve all got a double out there somewhere, watching, waiting. Shadowless. It’s revealed an unexpected side of him. A new insight. 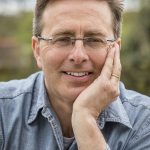 J.S. Monroe read English at Cambridge, worked as a foreign correspondent in Delhi, and was Weekend editor of the Daily Telegraph in London before becoming a full-time writer. Monroe is the author of six novels, including the international bestseller, Find Me.

The Other You was released by Head of Zeus on 9th January 2020. Click to view on Amazon UK, iBooks, Kobo and Google Play.