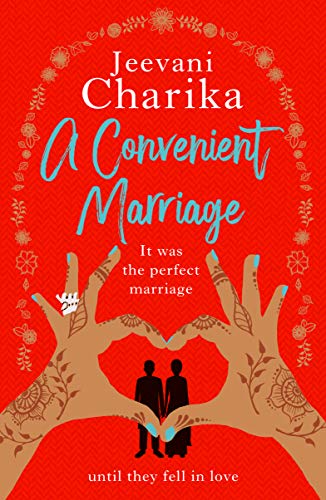 Chaya is a young woman torn between her duty to family and her life in the UK. While her traditional Sri Lankan parents want her to settle down into marriage, what they don’t know is that Chaya has turned away the one true love of her life, Noah, terrified of their disapproval.

Gimhana is hiding his sexuality from his family. It’s easy enough to pretend he’s straight when he lives half a world away in the UK. But it’s getting harder and harder to turn down the potential brides his parents keep finding
for him.

When Chaya and Gimhana meet, a marriage of convenience seems like the perfect solution to their problems. Together they have everything – friendship, stability and their parents’ approval. But when both Chaya and Gimhana find themselves falling in love outside of their marriage, they’re left with an impossible decision – risk everything they’ve built together, or finally follow
their heart?

Will they choose love, or carry on living a lie?

Featuring a subject that is obviously close to the heart of the author, ‘A Convenient Marriage’ has, at its centre, two main themes; arranged marriages and a couple of LGBT characters.

Let’s get the wee bit about the story out of the way (for more details…buy the book!)

Getting married to satisfy the expectations of family and society, Gim and Chaya are two of the most satisfying, realistic characters I’ve come across for a good while. The way the author has drawn them and the culture they come from really touched me.

This is a novel where the power of culture and family are central to all that’s wrong with large parts of some societies and because of that, all down to this readers upbringing, I did find that a little hard to understand. However, in the end, this is a novel about friendship and all that should be important.

My first mainstream novel with LGBT characters, though not by any means my first by this author, whichever name she writes under (she also writes as Rhoda Baxter).

This novel makes a moving, interesting read that I can only thank the author for giving me the opportunity to read. 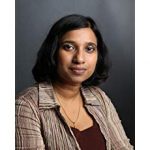 Jeevani Charika writes women’s fiction and contemporary romances with a hint of British cynicism.  (In case you were wondering, it’s pronounced Jeev-uh-nee.)

There’s a whole lot of other stuff she could tell you – but mainly: she’s a former scientist, an adult fan of Lego, an embarrassing mum, a part-time geek (see ’embarrassing mum’) and a Very Short Person.
She also writes romantic comedy under the pen name Rhoda Baxter. So why the two names? Well… Jeevani writes about British-Sri Lankan main characters. Rhoda, not so much.

You can find out more and a get a free story, by signing up to her newsletter on her website www.jeevanicharika.com
Or go directly to https://www.subscribepage.com/JCwebsite

A Convenient Marriage was released by Hera on 13th November 2019. Click here to view on Amazon.co.uk