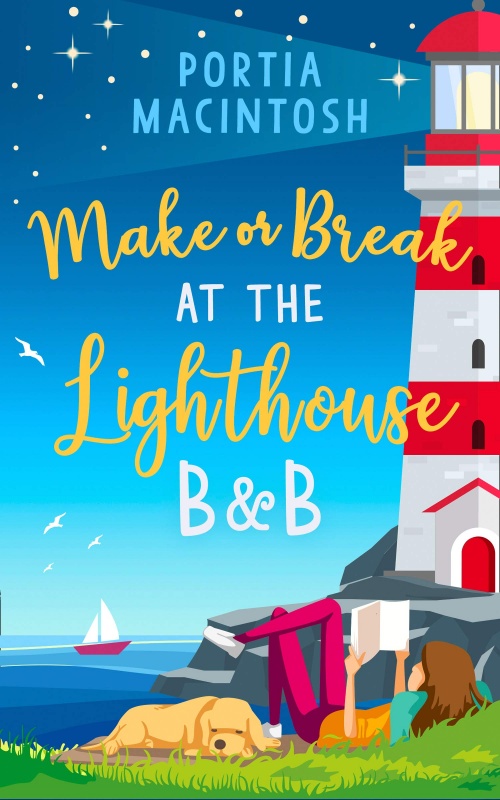 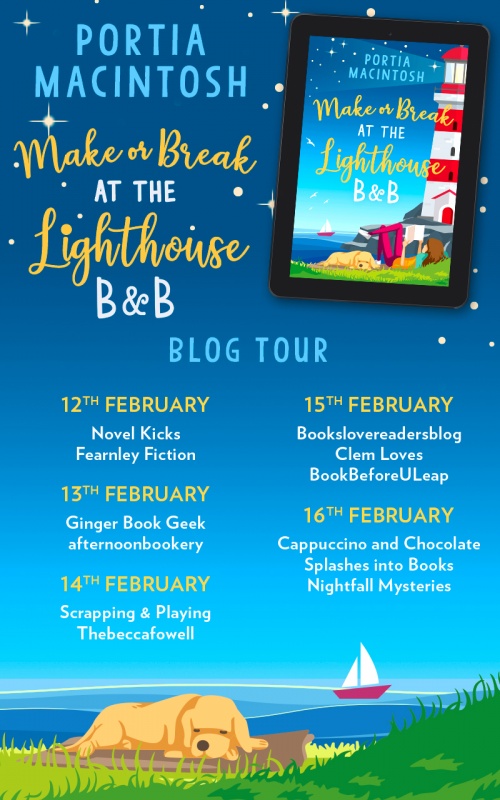 The supporting characters are also brilliant (a couple of them, not so much. Haha.)
In an attempt to give Lola something to do, her mother arranges for her to run a matchmaking group. This resulted in some brilliant scenes and some great twists in the plot.

At the heart of this book though, is a wonderful love story. Yes, Lola has a love interest but it’s also about rediscovering yourself and what you’re capable of.

Make or Break at the Lighthouse B&B is about giving yourself a second chance. It’s uplifting, heartwarming and it gave me the warm fuzzies. I loved it. It was a perfect antidote to this horrible weather. As the ebook is released on 14th February, I think you should definitely treat yourself to this love story.

Oh, and I want to steal Rufus the chocolate Labrador. 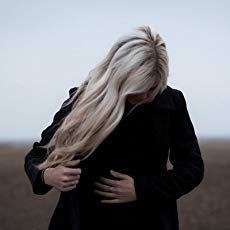 Portia MacIntosh has been ‘making stuff up’ for as long as she can remember – or
so she says. Whether it was blaming her siblings for that broken vase when she
was growing up, blagging her way backstage during her rock chick phase or,
most recently, whatever justification she can fabricate to explain away those
lunchtime cocktails, Portia just loves telling tales.

After years working as a music journalist, Portia decided it was time to use her
powers for good and started writing novels instead.
Bestseller Portia writes hilarious romcoms, drawing on her real life experiences

to show what it’s really like being a woman today – especially one who doesn’t
quite have it together yet.

Find out more at www.portiamacintosh.com or say hi on Twitter.

Make or Break at the Lighthouse B&B is released by HQ Digital. The eBook is due to be released on 14th February with the paperback following in April. Thank you to Portia and HQ Digital for the review copy in exchange for an honest review.

Click to view Make or Break at the Lighthouse B&B on Amazon UK.