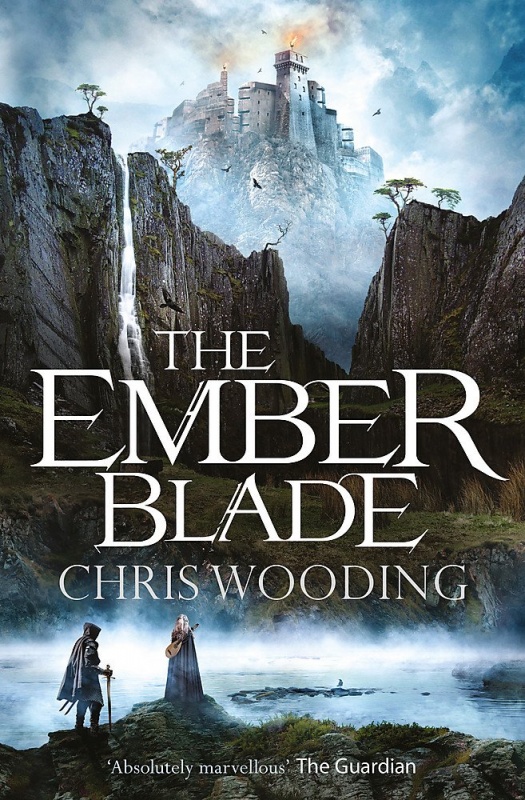 A land under occupation. A legendary sword. A young man’s journey to find his destiny.

Aren has lived by the rules all his life. He’s never questioned it; that’s just the way things are. But then his father is executed for treason, and he and his best friend Cade are thrown into a prison mine, doomed to work until they drop. Unless they can somehow break free . . .

But what lies beyond the prison walls is more terrifying still. Rescued by a man who hates him yet is oath-bound to protect him, pursued by inhuman forces, Aren slowly accepts that everything he knew about his world was a lie. The rules are not there to protect him, or his people, but to enslave them. A revolution is brewing, and Aren is being drawn into it, whether he likes it or not.

The key to the revolution is the Ember Blade. The sword of kings, the Excalibur of his people. Only with the Ember Blade in hand can their people be inspired to rise up . . . but it’s locked in an impenetrable vault in the most heavily guarded fortress in the land.

Set in fantasy world with echoes of our own, The Ember Blade is part of the Darkwater Legacy and is one of the most enjoyable pieces of fantasy writing I have had the pleasure to read in some time. The story centres around Aren, a young man living in a country under occupation.

Raised to believe that the occupiers, the Krodans, are superior and that he should emulate them, he is in for a rude awakening when his Father’s past catches up with him.

He finds himself with a band of rebels seeking to regain control of their country’s most sacred relic; The Ember Blade.

This novel was wonderful to read. It reads easily, with good sentence length and vocabulary and a fair pace, but isn’t heavy like so many in the genre can be.

It’s almost like a Young Adult novel which has grown up and lost the “adults are idiots, kids can save the world” undertones which dominate that genre.

I found myself drawn in and empathising with the characters quite quickly, seeing aspects of myself in Aren and his best friend Cade.

I don’t want to give too much away, but there are Druids and demons and various races all rolled together into a smooth flowing narrative.

I am really looking forward to reading the next part of this series and I think I may have found another author to add to my favourites list.