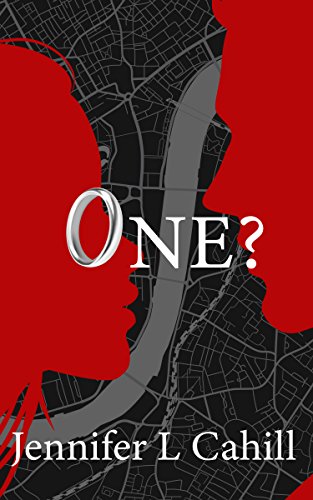 t’s London in the mid-noughties before Facebook, iPhones and ubiquitous wifi.
Zara has just moved to London for her first real job and struggles to find her feet in a big city with no instruction manual.

Penelope works night and day in an investment bank with little or no time for love. At twenty-eight she is positively ancient as far as her mother is concerned and the pressure is on for her to settle down as the big 3-0 is looming.

Charlie spends night and day with his band who are constantly teetering on the verge of greatness. Richard has relocated to London from his castle in Scotland in search of the one, and Alyx is barely in one place long enough to hold down a relationship let alone think about the future.

One? follows the highs and lows of a group of twenty-somethings living in leafy SW4.

First thing I want to mention is the amazing cover on this novel. At first glance, it seems simple and beautiful but there are so many layers to it. Look at it long enough and you’ll see what I mean.

One? primarily follows Penelope and Zara as they navigate themselves through 90’s London joined by a few people along the way.

The characters have unique voices. All have their own personal goals, triumphs and struggles. They are all developed well as is the plot. I was desperate to know what would become of them all.

I could identify so much with these two ladies especially. I found myself moving to London in my early twenties having never been away from home before so Zara’s feeling seemed partially familiar. The overwhelming feeling of being alone in a big city.