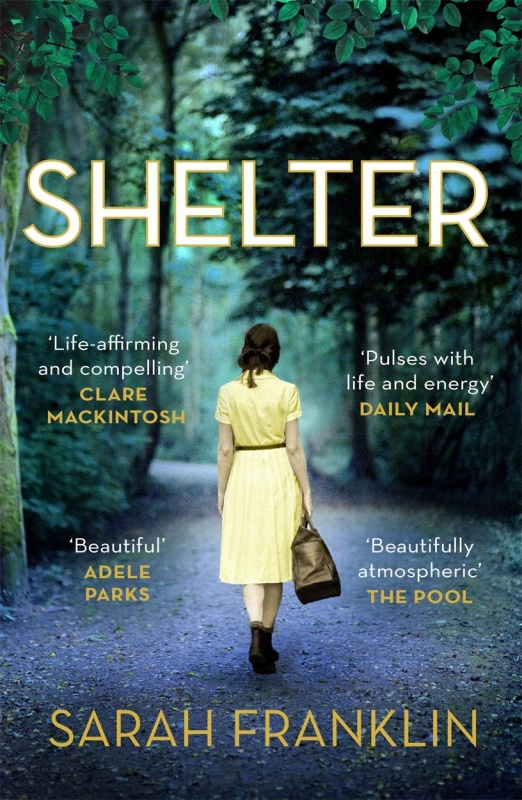 I am pleased to be welcoming Sarah Franklin to the blog today and the tour for her debut novel, Shelter.

Connie Granger has escaped her bombed-out city home, finding refuge in the Women’s Timber Corps. For her, this remote community must now serve a secret purpose.

Seppe, an Italian prisoner of war, is haunted by his memories. In the forest camp, he finds a strange kind of freedom.

Their meeting signals new beginnings. But as they are drawn together, the world outside their forest haven is being torn apart. Old certainties are crumbling, and both must now make a life-defining choice.

What price will they pay for freedom? What will they fight to protect?

Shelter is a story about WWII told from a unique point of view.

Connie has found herself in the Forest of Dean in the middle of the Second World War. She is training to be a lumberjill. To begin with, she is there to escape things from her past but she also comes to find some solace in the trees.

Seppe is a POW from Italy who has been brought to a camp on the edge of the forest. He doesn’t share some of the views of his fellow prisoners and this doesn’t make him very popular.

It’s not long before Connie and Seppe’s paths cross and something begins to happen that neither of them were expecting.

From the first page, I loved Connie. She has something about her that is very likeable. She isn’t afraid to speak her mind but she’s not cruel. It’s clear she has things she is hiding/escaping from and as these are revealed through the book, it’s not difficult to feel empathy for her.