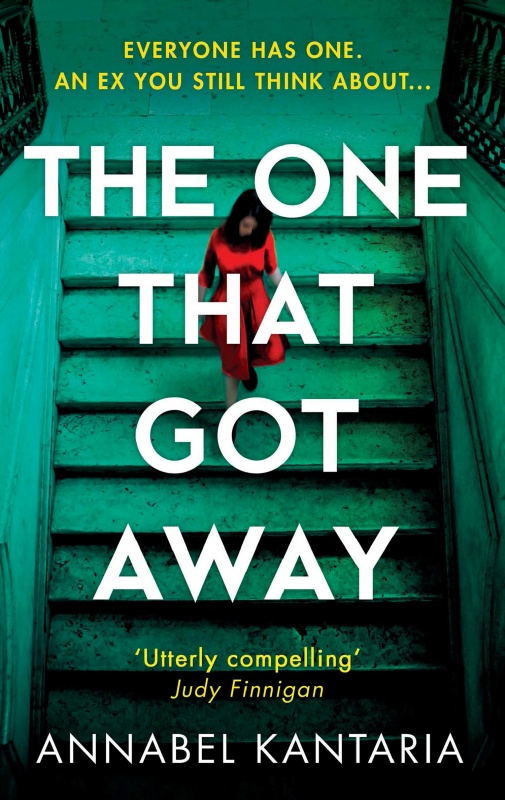 The One That Got Away is the latest novel by Annabel Kantaria. It’s due to be released by HQ in paperback and eBook tomorrow.

Everyone has one. An ex you still think about. The one who makes you ask ‘what if’?

Fifteen years have passed since Stella and George last saw each other. But something makes Stella click ‘yes’ to the invite to her school reunion.

There’s still a spark between them, and although their relationship ended badly, they begin an affair.

But once someone gets you back, sometimes they’re never going to let you go again…

Stella and George were a couple at school. However, when a big event occurs., George leaves and they end up not seeing one another for a few years.

The next time they do, it is at a school reunion. As soon as George sees Stella, all the old feelings come rushing back and they are soon having an affair.

Stella wants George back and she believes he wants the same thing.

This book is told from the point of view of both Stella and George so as I was reading, I did get a really good all round idea of what each of them felt and thought. It pulled me into the story very quickly. My allegiance switched between them many times throughout the novel. The narration and the plot really had me questioning what was going on pretty much all the time I was reading.

This meant that I couldn’t stop reading! Seriously, I was incredibly addicted to this book. It didn’t really leave my sight for the 24 hours that it took me to read it.