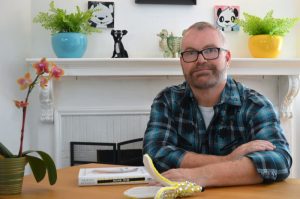 Hello Kevin, thank you for joining me t0day on Novel Kicks. Your novel (which you’ve co-written with Jack Ketsoyan) is called Blind Item. Can you tell me about it?

Sure! The idea for Blind Item came out of conversations that Jack Ketsoyan and I had when I was a tabloid editor and he was a publicist with chaotic clients that I needed to do stories on.

After he came to trust me, we would share the darkest things we’d seen in our jobs, and we swore one day that we’d fold them all into a novel.

With Blind Item, we set out to write a dark romance that was set in the real Hollywood, the city were fame is just another job, and being famous is the worst job of all. We wanted to tell a funny, touching and truthful story that used our experiences as a springboard, and we threw in a generous sprinkling of the scandals that we’d seen over the years.

You’ve been an entertainment journalist for over twenty five years. How did this help with writing the novel? How much in the book is based on true events? (If you’re allowed to say… obviously.)

For a lot of entertainment journalists, their job entails showing up to interviews and spending very formal time around celebrities. I used to do that job. Once I entered the tabloid world, things became lot more informal.

I’ve always believed in journalistic integrity and if someone says something is off record, it’s off record. I think this surprised a lot of celebrities, but as they came to trust me, I began to get invited to private parties at their houses, and I never sold them out.

For many years, I was able to see a side of Hollywood that doesn’t get reported on. It was fun for a while but like anything that you have to do for work, it got old. But the behavior and the ridiculous excess that I saw definitely informed Blind Item.

The book is a fiction, it’s the story of a group of friends who live a life that’s very similar to both Jack’s and my own, when we were starting out in this town. We then saddled our poor characters with a lot of the lurid things that we saw happen, but I’d imagine that this is something that most writers do, go with what you know, write from your experience, but transform it into something more. 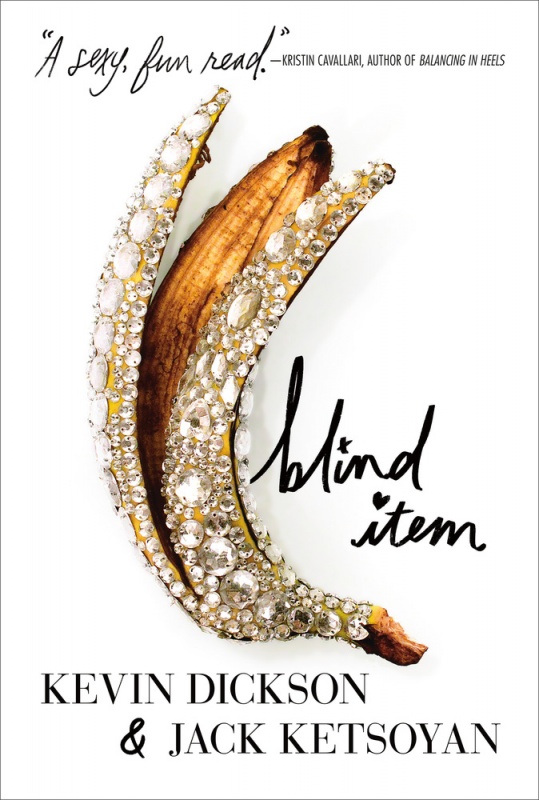 What was your typical writing day like when writing Blind Item? Do you have any rituals before sitting down to write (needing coffee, music, silence, etc?)

It’s all about ritual for me. On the days that I was writing Blind Item, I would get up and check my phone exhaustively, literally exhaust the news, email, social media and whatnot, so that it would not distract me (and ultimately, as we entered the home stretch, I deactivated Facebook because of its capacity to enable procrastination.)

Then I would pile my two dogs into my car and go get a ridiculously strong coffee at Starbucks.

I would come home and think about the playlist for the day. I can only write to very few albums. I have to know them inside out. But it changes, and I think the material dictates what music I’m able to write to. For most of Blind Item, I only listened to Nocturne by Siouxsie, Last Splash by the Breeders and Golem by Wand. Just three albums on repeat.

I think they soothe my brain. I don’t hear them while I’m writing but they give my subconscious free reign to go live in that made up world. Once I had exhausted myself for the day, I’d go for a hike to clear out and return to myself.

It changes all the time. I like animal words, like panda and pangolin. I like palindromes, like kayak. I like onomatopoeia, and I love invented words. I’ve always loved a word I heard in France, I don’t know how to spell it, but it was something like les roploplos, which an old lady told me was a plural noun for really big boobs.