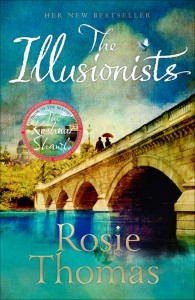 London 1870.
A terrifying place for a young, beautiful woman of limited means. But Eliza is modern before her time. Not for her the stifling if respectable conventionality of marriage, children, domestic drudgery. She longs for more. Through her work as an artist’s model, she meets the magnetic and irascible Devil – a born showman whose dream is to run his own theatre company.

Devil’s right-hand man is the improbably named Carlo Bonomi, an ill-tempered dwarf with an enormous talent for all things magic and illusion. Carlo and Devil clash at every opportunity and it constantly falls upon Eliza to broker an uneasy peace between them. And then there is Jasper Button. Mild-mannered, and a family man at heart, it is his gift as an artist which makes him the unlikely final member of the motley crew.

Thrown together by a twist of fate, their lives are inextricably linked: the fortune of one depends on the fortune of the other. And as Eliza gets sucked into the seductive and dangerous world her strange companions inhabit, she risks not only her heart, but also her life…

END_OF_DOCUMENT_TOKEN_TO_BE_REPLACED

The Illusionists Blog Tour – We Chat to Rosie Thomas 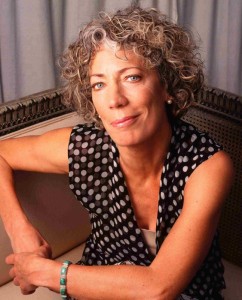 We are very happy to welcome Rosie and her blog tour for The Illusionists which has just been released by HarperCollins. We chat to Rosie about her book, her fantasy dinner party guests and where in history she would like to go…

Can you tell us about The Illusionists and how did the idea originate?

In one sense The Illusionists is about imagination and reality, and I have taken stage magic as a means of illustrating how we don’t always know the difference between the two. Devil Wix, my anti-hero hero, is struck as a young boy by the gift of ‘wonder’ in a harsh world, and he sets out to create wonderment through magic and illusion. The setting is Victorian London, starting in the 1870s, so it’s quite creepy and gothic in places. It’s also a love story between Devil and Eliza Dunlop, who is a modern woman looking for more from her life than marriage and motherhood. There’s also a cast of strange characters including a dwarf, an engineer of automata, and a woman made of cogs and springs. Their theatre of magic and illusion, the Palmyra, is a character too. The idea for the story came to me when I was researching a classic ‘box trick’ for a scene in The Kashmir Shawl.

Which authors do you admire and is there a book that’s stuck with you?

I like Anthony Trollope. There’s so much sly wit and energy in his books, but he is full of human sympathy too and he doesn’t caricature the way Dickens does. I’ve always loved Georgette Heyer – such lightness and sparkle. END_OF_DOCUMENT_TOKEN_TO_BE_REPLACED