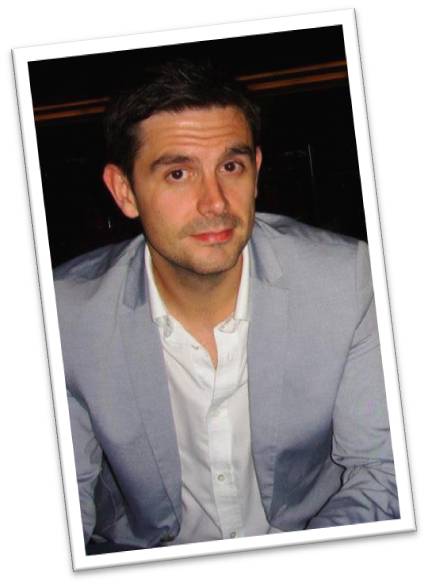 Today I am taking part in the Lad Lit Blog Tour, and I am delighted to be joined by lad lit author Steven Scaffardi, and the star of his two books in the Sex, Love and Dating Disasters series, Dan Hilles.

Gentleman, welcome to Novel Kicks. Steven, if we could start with you. What were the main challenges of returning to an already established character or did it make writing the second novel slightly easier?

Hi Laura, thanks for having us! When I wrote The Drought, I never set out to write a series but I guess I fell in love with the characters, especially Dan and his three best friends, Rob, Jack and Ollie. At the end of the book, I started thinking what would the boys do next? It set the wheels in motion for a series of ideas that became The Flood.

In a lot of ways, already knowing the characters so well did make it easier as I knew how they would react in certain situations, but at the same time you also have an audience who already knows these characters so you have to remain true to who they are, so from that point of view you can’t suddenly change course completely like you might with a new book and a new set of characters.

Dan, you make a drunken bet in The Flood that complicates your life somewhat when you accept the challenge from your friends to date four women in eight weeks. What were your main motivations for taking the bet?

As you mentioned Laura, alcohol played a big part in me making that stupid bet. Basically, after going through the sexual drought in the first book, the boys were on my case and giving me a lot of stick about not being very good with the opposite sex, especially Jack who once he gets started, simply can’t stop taking the micky!

Anyway, after one drink too many I made the bet. I’m not proud of it, and you could say that I got bit on the backside by karma as I ended up dating a stalker, my crazy ex- 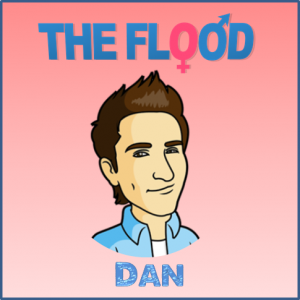 girlfriend, the office ice queen, and the one who got away before. To be honest, I wish I could go back and change it all. It was a nightmare, especially trying to keep them all apart.

Steven, do you cast your characters and if so, who do you have in mind for Dan, Rob, Ollie and Jack?

The four original boys in The Drought (Dan, Rob, Jack and Ollie) were based on people I knew. Dan is loosely based on me I guess, but most of the personalities and the things the boys get up to are based on fact, and then exaggerated for comedy effect.

Some of the best stories I pick up come from friends when we are standing around in the pub reminiscing about old dating stories. That is a big reason why I wrote The Drought in the first place. Some of the things guys think or get up are to are pretty hilarious, so I tried to build a story around dating disasters. I wanted to tell a story from a man’s point of view about relationships. Most of the time, it’s not as perfect as chick lit makes it out to be, so I wanted to bring some balance to the world!