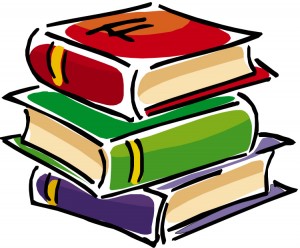 I recently found an article from The Guardian from April 2012, about the best opening lines in fiction. The first sentence of a book sells it. It can be the difference between someone buying your book and putting it back on the shelf, or deciding to carry on and finish.

There are many first lines I like, one of my favourites is the line from Pride and Prejudice. It’s one of the most famous ones for sure. Below is the list of the ten from The Guardian. Do you agree? Are there any that aren’t in there that should be?

“Stately, plump Buck Mulligan came from the stairhead, bearing a bowl of lather on which a mirror and a razor lay crossed.” This is the classic third-person opening to the 20th-century novel that has shaped modern fiction, pro and anti, for almost a hundred years. As a sentence, it is possibly outdone by the strange and lyrical beginning of Joyce’s final and even more experimental novel, Finnegans Wake: “riverrun, past Eve and Adam’s, from swerve of shore to bend of bay, brings us by a commodius vicus of recirculation back to Howth Castle and Environs.”

“It is a truth universally acknowledged, that a single man in possession of a good fortune, must be in want of a wife.”

“There was no possibility of taking a walk that day.”

“You don’t know about me, without you have read a book by the name of The Adventures of Tom Sawyer, but that ain’t no matter. That book was made by a Mr Mark Twain, and he told the truth, mainly.”

“Into the face of the young man who sat on the terrace of the Hotel Magnifique at Cannes there had crept a look of furtive shame, the shifty, hangdog look which announces that an Englishman is about to talk French.”

“It was the afternoon of my eighty-first birthday, and I was in bed with my catamite when Ali announced that the archbishop had come to see me.”

“I write this sitting in the kitchen sink.”

“It was a queer, sultry summer, the summer they electrocuted the Rosenbergs, and I didn’t know what I was doing in New York.”

“The snow in the mountains was melting and Bunny had been dead for several weeks before we came to understand the gravity of our situation.”

“Squire Trelawnay, Dr Livesey, and the rest of these gentlemen having asked me to write down the whole particulars about Treasure Island, from the beginning to the end, keeping nothing back but the bearings of the island, and that only because there is still treasure not yet lifted, I take up my pen in the year of grace 17– and go back to the time when my father kept the Admiral Benbow inn and the brown old seaman with the sabre cut first took up his lodging under our roof.”