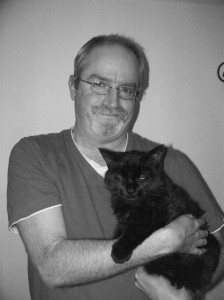 Just after last New Year, I fell ill, and fell hard. I’m still trying to recover and there’s no date when I can think that will be the case yet. Because of this, I’ve hardly done any writing, though I’ve been advised by my many author friends that if I can, this would be a helpful thing…I’ll see what I can do and you’ll find out the results here. I’ll really try to make that before too long.

So, what have I been doing these long months? And they have been long, believe me. I don’t think I’d have made it this far without all the kind thoughts and support that I’ve had from too many individuals to thank here. Hopefully though, you’ll know who you are, but again, you don’t know how much you’ve all meant to me.

Basically, I’ve been doing a lot of reading, and I mean a lot, though not doing as many reviews as perhaps I should. I’ve seen a few movies too, not anything heavy as I can’t take that right now. I’ve watched the entire series of Star Trek Enterprise and found it was much better than I remembered. So there’s a recommendation for you.

I’ve watched as friends of mine from the Romantic Novelist’s Association have gained their first contracts and releases as well, and I couldn’t be happier for them. You’ll have to forgive my memory as I can’t remember you all, but a shout out to you: Tora Williams for ‘Bound to Her Blood Enemy’. Also a forthcoming Christmas novella, ‘The Gift of Time’.

What else? Well, my cat, Drucilla the Anti-Kitty, did her best to die on us back in February, some kind of infection. She’s much better now, though is taking the vet’s orders to build her up a bit very, very seriously. She’s now given up the dry food nearly entirely, and is on Sheba wet food. Together with a dish of tuna at around half five, she’s insisting upon between four and five meals a day. If she’s not careful, her favourite vet will put her on a diet!

The plan? Well, after I’ve sent this off to the seriously patient Laura, I’m going to have a go at a sort story, try to ease myself back into some writing.

Speak to you soon all!

2 Responses to Mick’s Musings: A Catch-Up