Morning all. I’ve more books that I would like to share with you today. I love this time of year as we start to edge toward Christmas (yes, I am one of those very annoying people who go completely childish when it comes to Christmas.) There have been some fabulous books that have come my way this month. All the books mentioned are either available now (when stated) at most UK bookshops or are available to pre-order. 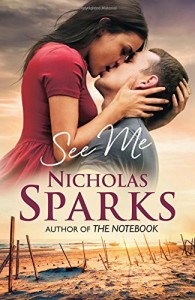 What books have you got recently and are looking forward to reading or have enjoyed?

This was sent to me by Sphere and I was very excited to get a copy of this book. I am a long-term fan of Nicholas Sparks. This man has serious Jedi powers. He can make me cry loads whilst reading one of his books and I am sure this one is going to be no exception. If you’re a fan of Nicholas’s books, we are taking part in the blog tour for this novel and will be giving away a special prize to one lucky winner so stay tuned.

Colin Hancock is giving his second chance his best shot.

At twenty-eight, he’s focused on getting his teaching degree and avoiding all the places and people who proved so destructive in his past. The last thing he’s looking for is a serious relationship. But when he crosses paths with Maria Sanchez one rainswept night, his carefully structured life is turned upside down. And when Maria, a hardworking lawyer, meets Colin she begins to question every notion she has ever had about herself and her future – and what truly makes her happy.

Before the couple has a chance to envision a life together, menacing reminders from events in Maria’s past begin to surface. And as the threat of violence begins to shadow her every step, she and Colin will be pushed to breaking point. 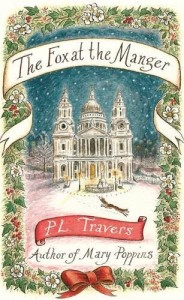 This little beauty was sent to me recently by Virago and is due to be released on 5th November (just in time for Christmas.) It’s the hardback gift edition and I am excited to read this as I love Mary Poppins but have not had much of an opportunity to read much else of P.L. Travers’ work. The cover so just so pretty and Christmassy. I love it.

For the first time since the war, the Christmas peal is ringing at St Paul’s Cathedral. There is joy. There is new hope. It is Christmas Eve, the carol service has ended, and a woman with three small boys leaves the cathedral, the children swooping like pigeons.

‘Why weren’t there any wild animals at the crib? Haven’t they got something to give?’ asked one of the children.
And I heard myself say, ‘Yes, they have.’
Was it true, what I told them? Did I dream it? Where it came from I do not know but I seemed to remember every word, just as if I had heard it . . .

Outside the cathedral, the children are told the nativity story from a unique perspective: that of a fox. Despite the scorn of the other animals, he enters the stable to offer the child a gift that only he can give. 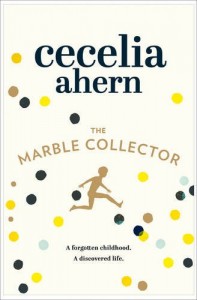 Also due for release on 5th November is the new novel by Cecelia Ahern. This was sent to me in advance by HarperCollins and again, the cover is just lovely. It’s also an interesting premise. I love Cecelia’s novels. They are a lovely escape for me. They are romantic, whimsical and some are bordering on fantasy. I can never put them down that’s for sure. If you can’t wait for this one, there is a sampler you can download for free online.

A forgotten childhood. A discovered life.

What if you only had one day to find out who you really were?

When Sabrina Boggs stumbles upon a mysterious collection of her father’s possessions, she discovers a truth where she never knew there was a lie. The familiar man she grew up with is suddenly a stranger to her.

An unexpected break in her monotonous daily routine leaves her just one day to unlock the secrets of the man she thought she knew. A day that unearths memories, stories and people she never knew existed. A day that changes her and those around her forever. 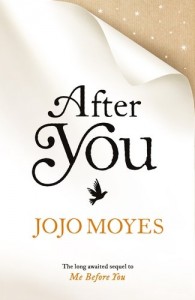 After You by Jojo Moyes (Michael Joseph, September 2015.)

I did do a little dance when this book came through my letter box earlier last month and was so grateful to receive an ARC. I adored Me Before You and have been hoping for a long time that Jojo Moyes would do a sequel to it. It’s been a long time coming but it’s finally here. I’ve been wanting to know what happened to Lou. The film for Me Before You is also due to be released soon and I can’t wait for that.

Lou Clark has lots of questions.

Like how it is she’s ended up working in an airport bar, spending every shift watching other people jet off to new places. Or why the flat she’s owned for a year still doesn’t feel like home. Whether her close-knit family can forgive her for what she did eighteen months ago.

And will she ever get over the love of her life. What Lou does know for certain is that something has to change.

Then, one night, it does.

But does the stranger on her doorstep hold the answers Lou is searching for – or just more questions? Close the door and life continues: simple, ordered, safe. Open it and she risks everything.

But Lou once made a promise to live. And if she’s going to keep it, she has to invite them in . . 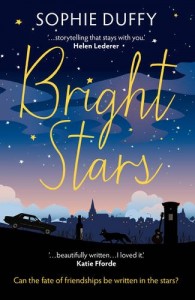 This book was released by Legend Press last week and this has to be one of my favourite covers of 2015. I love it. It has such a wintery feel to it. The plot to this novel also sounds up my street and I am looking forward to reading this one. Thank you to Legend Press for the review copy.

Cameron Spark s life is falling apart. He is separated from his wife, and awaiting a disciplinary following an incident in the underground vaults of Edinburgh where he works as a Ghost Tour guide. On the day he moves back home to live with his widowed dad, he receives a letter from Canada. It is from Christie. Twenty-five years earlier, Cameron attends Lancaster University and despite his crippling shyness, makes three unlikely friends: Christie, the rich Canadian, Tommo, the wannabe rock star and Bex, the Feminist activist who has his heart. In a whirlwind of alcohol, music and late night fox raids, Cameron feels as though he s finally living. Until a horrific accident shatters their friendship and alters their futures forever. Christie s letter offers them a reunion after all these years. But has enough time passed to recover from the lies, the guilt and the mistakes made on that tragic night? Or is this one ghost too many for Cameron.