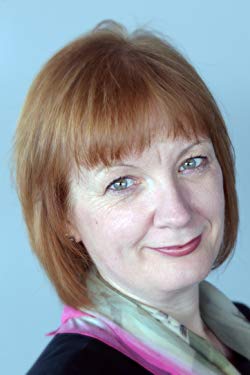 Hi Amanda, thank you so much for joining me today. I am very happy to be part of the blog tour for your book,  Don’t Turn Around. Can you tell me about it?

My latest book is set ten years after the death of seventeen year-old Megan McCoy and is told from the perspectives of Meg’s mum, Ruth and her cousin, Jen who was also her best friend. Meg died from suicide and her parents have established a helpline in her memory to reach out to young people in crisis who need someone to talk to.

The family are trying to rebuild their lives but there are questions that haunt them. What hold did her boyfriend have over her and why did she protect him to the very end? Was the brief note she left meant to be a cryptic message or did someone destroy part of the note before her father found her body?

The family think they have accepted there will be no answers until a young woman phones the helpline and reveals things that only Meg could know. Is she suffering as Meg had suffered and can they save her?

What’s your writing day like, where do you like to write, do you prefer silence and what keeps you motivated throughout your writing time?

I gave up a career in local government two years ago to become a fulltime writer and it’s so much easier having a set routine rather than fitting writing in around the day job.

My writing room was my son’s bedroom but working from home can be quite sedentary and I adapted my treadmill so I could walk and type on my laptop for the first hour or two each day. It was a great plan but as you know, it was a very hot summer last year, and my treadmill started billowing smoke! Unsurprisingly, I haven’t used it since but I have a dog now and we go out for long walks once I’ve met my daily word count. She’s the incentive I need to keep the words flowing so that we can escape together.

What elements do you believe make a good suspense novel? What are the common mistakes made if you’re writing one for the first time?

The best compliment you can give a writer is that their book was a page turner and that’s particularly important when it comes to suspense novels. Making the reader want to read on is an art and to get it right you have to consider the pace and structure of your story.

Each chapter should give the reader something but also leave them wanting to know more.

The characters are also key as the reader has to be invested in them. Protagonists should be relatable and that means giving them flaws as well as strengths, whilst the reverse is true of antagonists who can benefit from having something about them that makes them human.

Having a favourite word can be problematic if it sticks in your mind and you find it appearing in one page after another. Hopefully, the repetitions are picked up during editing but often it’s a surprise to see how many times your copyeditor has to flag up overused words.

One word that I fell in love with at the start of my writing journey was ‘unfettered.’ It described perfectly the decision one of my characters had to make in my first novel, Yesterday’s Sun. She was to sacrifice her life for that of her child and her decision needed to be unfettered by other influences, such as the love for her husband or the dreams she had beyond becoming a mother.

My tenth book is about a support group for young widows and widowers. There are three main characters who have all been widowed under the age of fifty and the story begins when the youngest and most recently bereaved joins the group.

She forms close friendships with the other two characters and they each face challenges in their lives, one of which will lead to a tragedy. As the draft stands, the first scene hints at what fate awaits one character, however, I won’t say what that is in case that opening reveal doesn’t survive the editing process. 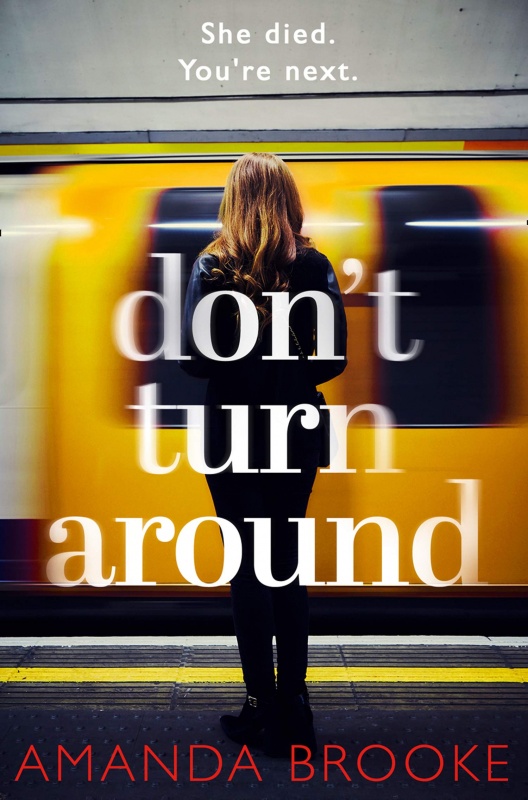 Which author or book has influenced you most and why?

One of my favourite authors is Cecelia Ahern and I started reading her books way back when I hadn’t even thought of writing books myself, which is strange because it makes her sound old when actually she’s younger than I am – I just started writing much, much later in life. I could never have imagined as I read her books that not only would I be publishing my own books, but that we would share the same publishing team.

How important is it to get the name of your characters right?

Don’t Turn Around is my ninth novel and I’ve used up a lot of names in my previous books so as you can imagine, finding an unused name to fit a new character is rather difficult. A name can say a lot about a character and I tend to rely on that rather than give detailed descriptions of their appearance, leaving it to the reader to form their own picture.

A name can reinforce a character’s age and some names can also suggest their upbringing and personality. Does the name suggest their parents were traditionalists or did they follow a trend when picking their child’s name? Does the character prefer their ‘proper’ name or a more familiar shortened version? A name is the first impression so it has to be right.

What made you realise you wanted to be a writer?

I wasn’t someone who grew up dreaming of being a writer, and when I did start writing, it had more to do with escaping a nightmare. My twenty-one month old son Nathan was diagnosed with leukaemia in 2004 and I found writing poetry and keeping a journal helped me remain strong for both my son and his older sister Jessica. When he died in 2006, again I turned to writing to help me through my grief.

At first I wrote about my son but once I had all those precious memories committed to paper, I realised I had developed a real love of writing. Becoming an author has undoubtedly been a painful journey but I like to think of it as my son’s legacy and both my children continue to be my inspiration.

I’ve always loved Jane Austen’s novels so it I could be transported anywhere, it would be into the world of landed gentry in the 18th century. I can imagine myself hovering in the background in Pemberley, listening in on conversations but if I’m honest, I’d much rather be rubbing shoulders with Jane Austen rather than her characters. She liked creating strong female characters and I wonder what she would make of the freedoms and restraints women still face in today’s society.

Any advice for new writers or someone experiencing writers block?

I’ve had moments where I’ve not wanted to switch on my computer and start writing, but if I have a deadline to meet then I can’t settle until the job’s done. If I’m not sure where a scene is meant to go next then I tend to push on through until I reach a point in the story where I do have a clear vision of what should happen. That problem usually occurs in the very early drafts of my novels and I try not to get too hung up over a scene that might not be working because I know there’ll be an opportunity during the rewrite to change or cut it completely. And sometimes it’s those ideas you don’t believe in at first that generate the flashes of inspiration that add new layers to your story. 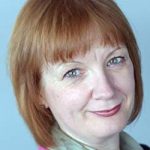 Amanda Brooke lives in Liverpool with her daughter Jessica. It was only when her young son was diagnosed with cancer that Amanda began to develop her writing, recording her family’s journey in a journal and through poetry.

When Nathan died in 2006 at just three years old, Amanda was determined that his legacy would be one of inspiration not devastation.

Her debut novel Yesterday’s Sun was inspired by her experiences of motherhood and her understanding of how much a mother would be willing to sacrifice for the life of her child.

To find out more about Amanda’s novels, visit https://amanda-brooke.com or say hi on Twitter – @AmandaBrookeAB 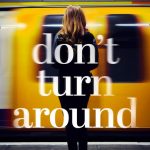 My verdict on Don’t Turn Around:

Jen has still not got over the suicide of her cousin, Meg.

Working for the helpline Meg’s parents set up in her memory, she is stuck in time grieving for her cousin and best friend.

When the man that the family blame for the death returns to Liverpool, Jen begins to play a dangerous game. Meg died… is she next?

There is not a lot I can say without spoiling it but I will do my best.

From the first page, I was properly into this novel. It is full of mystery and suspense and the tension builds so well throughout the book.

I believe it tackles a difficult subject with a lot of sensitivity and did a good job at showing many aspects to it.

As soon as my opinions and allegiances built for one character, it would quickly get altered. I love it when a novel can do this and it keeps me wanting to turn the page.

Told from the point of view of Jen and Meg’s mother, Ruth, it allows the reader to really get into the heads of these characters as they want to bring justice to the girl they lost. It was interesting to see how the same event affected Jen and Ruth and how they both knew a slightly different Meg whilst maybe not knowing her well at all.

I knew that things were not going to be as they seem. With all the twists and turns (of which there are a few,) I didn’t see the end coming.

Don’t Turn Around is a compelling novel full of suspense, tension and surprises; everything I love in this genre of book. It is SO GOOD!

Don’t Turn Around was released in January 2019 by HarperCollins. Click to view on Amazon UK.