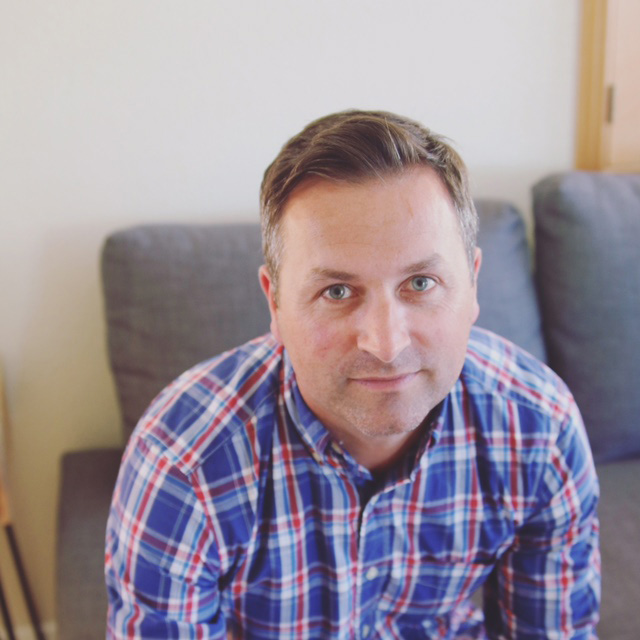 I am very happy to be welcoming Jon Rance to Novel Kicks today and the blog tour for his new novel, About Us.

Rosie Willis isn’t happy. Her once perfect marriage to husband, Pete, is falling apart, her mother is dying, and her three children are starting to feel like strangers.

At forty she feels like she’s stuck, but then she meets handsome widower, Mark Hornby, at the school gates and he makes her feel alive again. As she drifts further from Pete, she gets closer to Mark, but approaching Christmas she realises she needs to try to save her marriage and keep her family together.

Despite her feelings, she can’t have an affair. Unfortunately, Pete has news of his own that throws everything into doubt. Rosie must choose a new life.

There’s Pete, Mark, or going it alone. It isn’t easy when you’re forty, when you have three kids, when you feel past it, when your mother is dying, but life isn’t meant to be easy.

Hi Jon, thank you very much for joining me today. Congratulations on your new book, About Us. Can you tell me a little about it and how the idea originated?

Hello! It’s a pleasure to be here and yes, of course, I’d love to tell you all about my new novel, About Us. About Us, is the story of Rosie Willis and her husband, Pete. It’s the story of they meet, fall in love, get married, have children, and then how it all falls apart. It’s set over twenty years from university until their early forties. It’s a dramatic romantic comedy.

The idea evolved over time – as they tend to do. After my last novel, Dan And Nat Got Married, I knew I wanted to write something a big different and I had this idea for a novel. Originally it was going to be a story of a marriage from both sides, but then I decided to write the whole thing from Rosie’s perspective and that’s when it really took off. 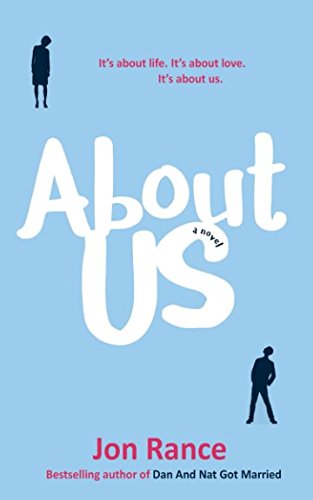 What’s your writing routine like (where do you like to write, do you need silence etc.) How has your routine changed since writing your first book?

Well now I have both children in school full-time I actually have a routine! When I wrote, This Thirtysomething Life, I was a stay at home dad so writing was done around that. I squeezed it in when I could. Now I sit at my desk at around 8:30-9am and work in silence until about 1-2pm and just write. Sometimes I listen to music and sometimes I don’t. I drink tea, coffee, try and eat healthy snacks and always have a break for lunch!

How do you approach writing a novel? Planner or a Panster?

I was thinking about this the other day. I always thought of myself as a bad planner, but I realised that I do plan, but generally over long periods of time. I usually start the ideas process maybe a year before I start writing a novel. I jot down ideas, characters, plotlines etc. so usually by the time I start writing, I have a decent idea what I’m doing. I don’t write extensive notes, but I do have whole pages on characters, storylines etc.

What elements do you think make a good character?

That’s a great question. I think it depends on so many things. Obviously, a memorable character is someone who sticks in our mind, but I think that character can be so many things. In my genre, contemporary fiction, I try and write characters that people can relate to. I think in comedy people find humour in characters that feel familiar to them or that they can recognise in some way. It also helps with empathy. The best characters in TV sitcoms for example are usually people we recognise. Take Del Boy or David Brent. We might not know people like them, but we see bits of ourselves in them. The desire of Del Boy to be rich, but always failing. David Brent’s need to be loved. Characters need flaws and it’s these flaws that make us fall in love with them.

Do you find it easier to write from first or third person point of view? Why?

I’ve only ever written from the first-person perspective, so I suppose that answers that question. I mean it’s not something I thought much about when I started writing, but it’s what happened. I think because I enjoy reading books from the first person, it just felt natural. Although saying that, I’m working on a book at the moment that I think will be my first from the third person. It’s going to be interesting to see the difference.

If you could magically escape to one fictional world, where would you go and why?

Wow, that’s an easy question – not. Most of the books I read these days are set in contemporary reality. So basically in places I could go to or visit. I guess if I could go anywhere fictional, it would be to somewhere like the world of Harry Potter. A world of magic and wizards and dragons would be cool!

Great question. I think I’m a bit of both. As I said, I tend to work on idea over long periods of time, so I sort of do both. I think for me characters probably tend to come first. I usually think of an idea for a novel and then think up the characters before I start really plotting it. Take Dan And Nat Got Married for example. I thought, two people wake up in Las Vegas married. They return to England and decide to give their marriage a go. That was all the plot I had before I started working on the characters. I think for me that characters tend to drive plot rather than the other way around.

Are you working on anything new right now that you can tell me a bit about?

I am! My next book is due out early (ish) next year. It’s a book I wrote about six years ago, but when I picked it up recently and had a read, I liked it. It needs some work as my writing now is a lot better than it was then, but it’s a really great story and has probably my best title so far. All I can say is that it’s a romantic comedy and I’m very excited about it.

Which three fictional characters would you like to see in one book?

I’m thinking along the lines of Sherlock Holmes, James Bond, and maybe Inspector Clouseau for some comedy. I do love a great detective mystery. I mean, imagine Sherlock working with James Bond – this could definitely be a film franchise. And it’s time they reinvented Clouseau for a new generation. I’m not sure who could play him though as Peter Sellers was so good.

What would you say to someone who is thinking of writing a book but doesn’t know where to start or maybe have started but worried it’s not good enough?

Just do it. The one thing about becoming a writer you have to get over is self-doubt and showing your work to other people. I spent years writing without ever showing people because I was so worried they wouldn’t like it. If you ever want to make it as a writer you have to show people your work. If you really want to be an author, you have to just do it. Start writing, get a book finished, and show as many people as you can. Also, don’t expect your first book to be your best. It probably won’t be. I wrote three very bad novels before my fourth got picked up. It’s like anything in life, you get better. Don’t get put off if people say your first book isn’t very good. Find out why, learn from it, and move on. I love being an author, but it’s hard work and I’m constantly trying to get better. 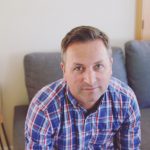 Jon Rance is the author of This Thirtysomething Life, Happy Endings (both published by Hodder and Stoughton), This Family Life, Sunday Dinners and his latest, the romantic comedy, Dan And Nat Got Married. He’s also the author of the Christmas novella, A Notting Hill Christmas.

About Us was released on 22nd August. Click to view on Amazon.

You can email him at: jonrance@yahoo.com 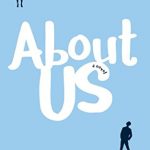 My verdict on About Us:

About Us is told from the point of view of Rosie Willis. The time line jumps between her current situation and back to the beginning of her relationship with her husband, Pete.

The plot and style of writing quickly draws you in to the lives of these characters.

Jon Rance has a very realistic insight when it comes to Rosie’s inner monologue. He gets into her head very well.

Rosie is lost. She had so many plans but life has got in the way. She and Pete are not as happy as they once were. When Rosie meets Mark, another parent at the school gate, she begins to see another alternative.

This book for me was about how easy it is to get caught up with the everyday things in life and forgetting to keep an eye on what is important. It’s so easy to make decisions that maybe send you down the wrong path.

This story I feel is relatable on many levels, for different people and for varying reasons.
Rosie and Pete are easy to care about because they are real and flawed. To the outside world, they have it all. A nice home, job, three children but nothing is ever what it seems.

This book also did not end the way I had convinced myself it was going to. It surprised me which is excellent.

Overall, a great novel from Jon Rance. I have to admit, this is the first chance I’ve had to read one of Jon’s books but it will not be the last one I pick up. Fast become a big fan. A great introduction. Bravo, Jon.