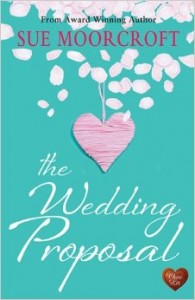 Elle Jamieson is a private person, in relationships as well as at work – and for good reason. But then she’s made redundant and with no ties to hold her, Elle heads off to sunny Malta.

Lucas Rose hates secrets – he prides himself on his ability to lay his cards on the table and he expects nothing less in return. He’s furious when his summer working as a divemaster is interrupted by the arrival of Elle, his ex, all thanks to his Uncle Simon’s misguided attempts at matchmaking.

Forced to live in close proximity, it’s hard to ignore what they had shared before Lucas’s wedding proposal scared Elle away. But then a phone call from England allows Lucas a rare glimpse of the true Elle. Can he deal with Elle’s closely guarded past when it finally comes to light?

Let’s get things straight from the start. There is only one thing wrong with this book – it has an ending!

Sue weaves her charms on this charming love story set mainly in Malta. Taking me back to my honeymoon in style, we follow Elle and Lucas as life and misunderstandings and sometimes misplaced pride try their best to keep the two of them apart. I don’t believe in spoiling anyone’s enjoyment by launching into details of what happens in a book (that’s the purpose of the description you’ll have read if you’ve got this far), so I won’t. But if you want an intricately detailed love story that will charm and put you on tenterhooks in the same sentence, this is the book you should buy.

So, kick back, open some wine, put the sunlamp and make believe you’re in Malta, and enjoy a book that’s up there with Sue’s best. You won’t be disappointed.

(The Wedding Proposal is published by Choc Lit in September 2014. Click here to view on Amazon.)