A Moment With: Bella Osborne 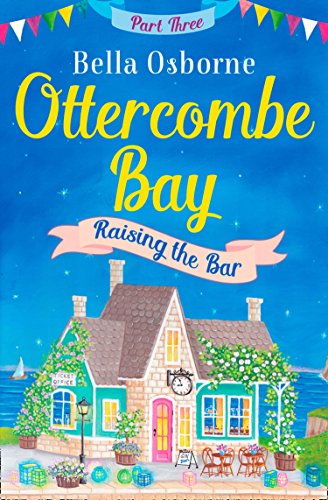 A big lovely hug and a warm hello to Bella Osborne who is back on Novel Kicks today with the blog tour for her latest instalment of the Ottercombe Bay series, Raising the Bar.

Escape to the Devon coast, with Part Three of a brand-new four-part serial from the author of Willow Cottage.

Bella is chatting today about using Pinterest for research when starting a novel. Over to you, Bella.

Thanks for having me on the blog today. I’m a project manager by profession so I’m a big planner when it comes to pretty much everything I do, so it’s no surprise that I plan my writing. I love the planning stage when a new idea pops up and characters start to form in my mind. I spend quite a long time with them working out who they are, their life history, what their drivers are and what makes them tick. While I’m in the early stages (before I get out the post it notes) I set up a board on Pinterest and start pinning things on it. Not everything will stay but as a visual person it really helps to see pictures of things to help bring them to life.

While I was planning Ottercombe Bay I set up a board on Pinterest, here’s the link – https://www.pinterest.co.uk/bellaosborne9/ottercombe-bay/

I like to picture my main characters and Marlon Teixeira is a model that captures the look of Max perfectly. I struggled more with Daisy. There are a few pictures of Shakira because her hair is similar to Daisy’s but otherwise she’s quite different to Shakira. I am a Rufus Sewell fan so it was no surprise that an image of him popped up when I conjured up the character of Pasco, Max’s dad. But it was very much the rough around the edges, lovable rogue look that Rufus does rather than the neat and well turned out version. I love looking at the pictures of Marlon and Rufus next to each other – I can definitely see a similarity or perhaps I see the Max and Pasco connection that I want to be there?

Another key character in the story is Bugsy Malone, Bug for short, the little black pug that causes Daisy so much trouble. I found so many gorgeous pictures of black pugs it was hard to get it down to a manageable number!

Beer, Devon and West Bay in Dorset were the inspiration for Ottercombe Bay although the exact location in my mind of this fictional seaside town is near Budleigh Salterton where the river Otter meets the sea. So there are some lovely pictures of these locations as well as the converted railway station at West Bay which plays a big part. 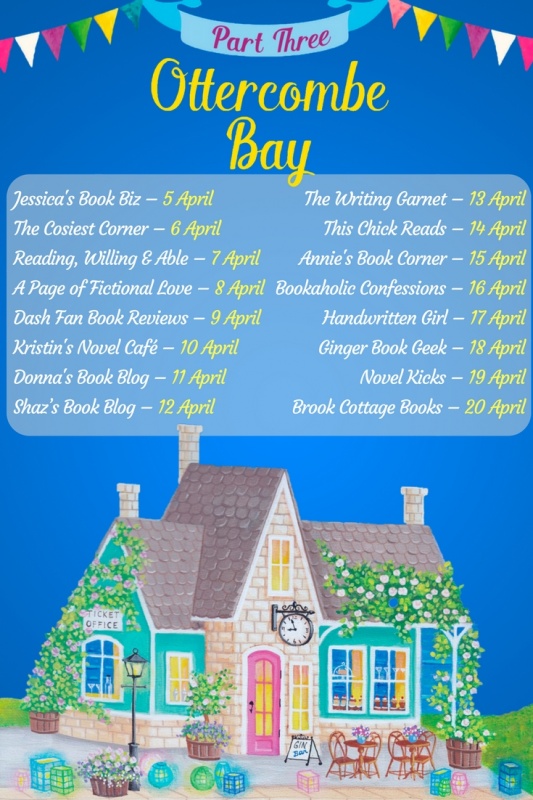 I find it helpful to be able to sit and look at a collection of pictures like this to help my mind crystallise how I see the place I’m writing about and my characters. I have a board for book 5 which is currently secret while I work on the story and that one has a lot of pictures of Zac Efron and Birmingham on it so watch this space to find out why!

My verdict on Ottercombe Bay: Raising The Bar:

Raising The Bar is the third instalment of Ottercombe Bay, the series by Bella Osborne. (This is a serialisation of the full length novel, Coming Home To Ottercombe Bay which is due for release in June.)

I love Bella’s style of writing. It quickly pulls you in with warmth, humour and ease. It gets better with every novel.

It was nice to be able to return to Daisy and continue on with her story. In this part, she is preparing to open her Gin bar but is still looking forward to the day where she can sell up, get the money from her inheritance and leave Ottercombe Bay. There are many unhappy memories in the place where she spent some of her childhood and she can’t wait to leave.

Daisy has always been self-reliant. She is not used to letting people into her life, especially after the death of her mother. In this part, the walls are maybe starting to come down.

She is beginning to think Max isn’t so bad after all. I like Max. There are things about him that we don’t know about I think plus the continuing sub plot of Daisy not knowing about the circumstances surrounding the death of her mother is adding lots of mystery.

The further I read, the more I also feel like I can relate to Tamsyn. She marches to the beat of her drum and I love that about her.

Where Max and Daisy are concerned, there is still a will they, won’t they. This is further complicated when someone comes back into Daisy’s life.

There is not a lot more I can say about this part without giving away the plot but needless to say, it’s a great section. Things are starting to build up toward the finale of the novel now and i can’t wait to get my hands on the fourth section (the main downfall of the serialisation of this book is waiting for the next part.)

The Ottercombe Bay series is published by Avon. Part two was released in eBook on 22nd February 2018.