A Moment With… Laura Bradford 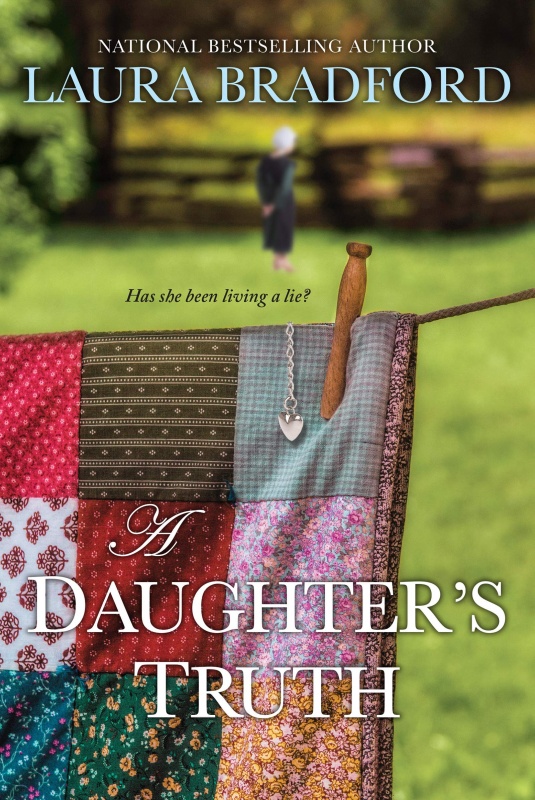 Laura Bradford is the author of A Daughter’s Truth and I am very happy to be welcoming her to the blog today.

Emma Lapp tries to be the perfect daughter, to earn the loving embrace of her family and her Amish community in Pennsylvania. Yet she can’t quite win her mother’s smile–or her forgiveness for a transgression Emma can’t quite place . . .
Emma knows she’s the source of her mother’s greatest sorrow, having been born on the same day Mamm lost her beloved sister. The one bright spot has been the odd trinkets anonymously left at her aunt’s grave each year on Emma’s birthday–gifts Emma secretly hides because they upset her parents. But the day she turns 22, a locket bears a surprise that sends her on an unexpected journey . . .

Searching for answers, Emma travels to the English world and finds a kinship as intriguing as it is forbidden. But is this newfound connection enough to leave behind the future she’d expected? The answers are as mysterious, and as devastating, as the truth that divides Emma from the only family, and the only life, she’s ever known . . .

Talking about the birth of a story, it’s over to you, Laura. 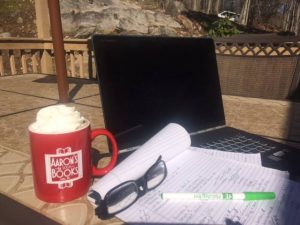 With thirty-three published books under my belt to date, it’s not any wonder that readers are curious as to how I get my ideas. Do I keep a notebook by the bed? Do I pick the brains of my friends and family? Do I spend hours thinking about the next book?

The quick answers are no, no, and…no.

My ideas generally are born on a conversation I’ve overheard, the juiciest part of a 30-second radio newsbyte that piqued my interest, and/or, oftentimes, my own imagination.

A conversation, you ask? Sure. I think it was the sixth book in one of my earlier mystery series that came about after listening to someone talk about a co-worker with a penchant for pinching things off people’s desks. There was more to this woman’s story than just that, but that initial nugget was enough to send my thoughts racing. By the time I was back home that afternoon, one of my beloved series characters had an elderly mother with that same affliction…

A 30-second radio newsbyte? Absolutely. Think about it. When you’re listening to a favorite music station on the radio, the disc jockey likes to share quirky little news stories between songs. And it’s always the juiciest part, because they don’t have time to drone on for too long. So when I heard a story about a decades-old letter found during the renovation of a post office, my personal antennae shot straight up. What was in the letter? Who had sent it? What did/didn’t happen because it had never reached its intended destination? These were the kinds of answers the newsbyte didn’t give, but that was okay. Because, once again, the writer part of my brain filled in the answers all on its own. And, before long, I had the plot for what became my first ever romance novel.

Fun stuff, for sure.

But my favorite, most reliable go-to for ideas is my own head, my own imagination from jump. To better illustrate how this works for me, let’s take a look at my latest women’s fiction novel, A Daughter’s Truth. 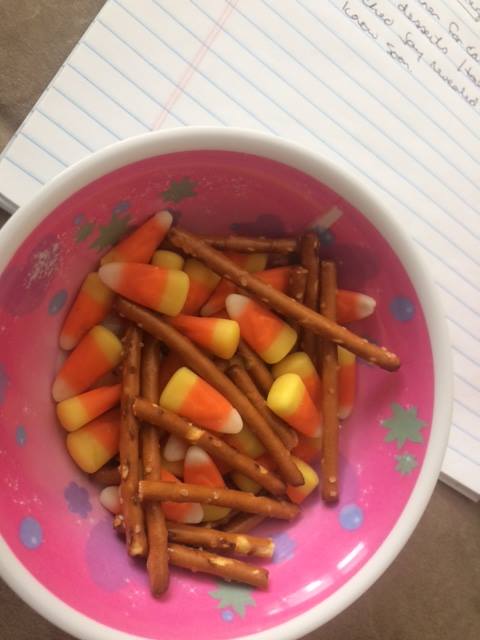 Laura’s must have deadline food

With that particular story I had a 2-book contract on a single book I’d pitched. Which meant, when it came time to write said second book, I had nothing. Nada. Fortunately, that didn’t remain the case for long. Thanks to a trip to Pennsylvania (USA) that had me driving by an Amish cemetery I had this flash of a young woman finding an odd trinket atop the grave of a family member.

That was it. There was just that single flash.

Intrigued, the writer part of my brain started asking questions. Who was the woman? What was the trinket? What did it mean?

Over the next few hours, the young woman became Emma Lapp. The deceased became Emma’s aunt—a woman who died on the same day Emma was born. And the trinket became one of many—each left atop the aunt’s grave on Emma’s birthday.

By the end of the week, I had a cast of characters and a riveting plot. I was ready to write! 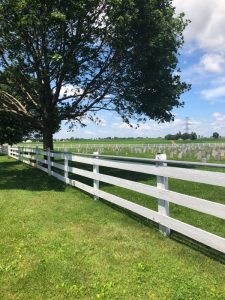 And write I did. Every morning, as soon as I was done with my workout, I sat on the corner of my living room couch or outside on my back deck with my laptop and turned Emma into a person with hopes, dreams, fears, and insecurities. I watched her grow from a young woman who never felt as if she belonged, to one who had her whole world shaken to its very core. Suddenly, it was as if I was Emma, standing at the crossroad she found herself at, struggling to decide whether the unforeseen moment was going to define her or she was going to define it. I watched her struggle, I watched her learn, I watched her grow. At times, I wasn’t sure what she was going to do, but then, as I rounded the final corner on the last forty pages or so, Emma’s answer was as clear to me as Emma, herself, had become.

When I finally typed “The End” on the very last page (with my trusty bowl of candy corn and pretzels by my side), I’d felt as if I’d run a race of sorts; exhausted, yet proud of my efforts. And that’s the way I feel at the end of every book I write. Like I’ve crossed some invisible finish line, my arms held high, my eyes bleary. My work, my time with Emma was over.

Now, Emma and her story is turned over to the most important people—the readers. And like a parent, I hope she’ll be accepted, understood, and liked. Time will tell… 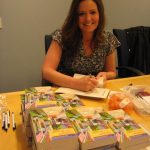 Laura Bradford is the national bestselling author of over 30 books, including the newly released women’s fiction novel, A Daughter’s Truth.

Her first women’s fiction novel, Portrait of a Sister, was a July 2018 Book Club Pick for Delilah of Delilah Radio and a Summer Book Club pick for Southern Lady Magazine.

For more information about Laura and her books, visit: www.laurabradford.com

4 Responses to A Moment With… Laura Bradford