A Moment With: Laura Elliot 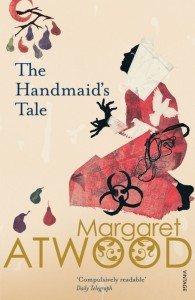 The Enduring Memory of a Handmaid’s Tale

I like books that scare me. The ones that keep my heart racing and my finger compulsively turning the pages – or, in in this era of Kindle, twitching on the next-page command. Such books usually conjure up a grim, dystopian world and leave me wondering if they could actually materialise as science advances and technology reaches further and further into our personal lives.

It must be twenty years since I read The Handmaid’s Tale by Margaret Atwood yet I can still bring the details of that story vividly to mind. Briefly, it’s about a totalitarian society that reforms after a nuclear explosion lays most of the United States to waste. The land is contaminated and many of the women who survived the catastrophe have become infertile. In this new, male dominated society these women are sent to clear up the nuclear waste and suffer obvious consequences as a result. The only ones to avoid this fate are the wives of the men in power –these men are known as The Commanders –and the ‘handmaids,’ young women like Offred, the narrator, who have remained fertile and are capable of producing children to populate this new world order.

The self-imposed belief in The Republic of Gilead is that only women are infertile, men remain fertile. This, of course, is untrue so many of these handmaids are unable to conceive and live in dread of being sent to the contaminated wastelands. Their babies, if they do conceive, will belong to The Commanders and their wives.

In the aftermath of the explosion, as the surviving women are forced to come to terms with their new reality their liberty is taken from them slowly but irrevocably. Education is forbidden, so too is entertainment. Then, one day, they discover that they can no longer withdraw money from their bank accounts. That’s it. All done in one fell swoop. Poverty and ignorance, the enemy of equality. And what a forceful enemy. We read about this new world order through Offred’s words as she sits in her room in the commander’s house waiting for the call to conceive his child.

For a long section of the book she is alone – and so too is the reader, alone in this sparse room with her memories of the past when she was a wife and mother – and the slow build-up to the day when everything changed.

It’s thirty years ago since Margaret Atwood wrote The Handmaid’s Tale. She claims she didn’t write about anything that wasn’t already happening in this world – and there are comparisons in today’s society. The subjugation of any group of women in the name of religion, culture and tradition is an obvious parallel. There’s the advances in technology that leave us financially dependent on a small piece of plastic – and the internet’s ability to gather and collate personal information of all aspects of our personal lives.

But Margaret Atwood brings humour and pathos to this chilling book. As Offred grows stronger and more determined to escape the fate ordained for her, we sense the beginning of hope. Reading The Handmaid’s Tale left me with an enduring belief that our hard-earned equal rights should never be taken for granted. 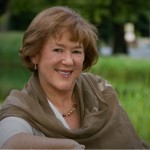 Laura Elliot is the author of three novels, Stolen Child and The Prodigal Sister (published by Avon HarperCollins) and Fragile Lies (published by Bookouture). Her books have been translated into many languages. Aka June Considine, she is also a writer of children’s fiction and has written twelve books for pre-teens and young adults. Her short stories have been broadcast and have appeared in a number of teenage anthologies, including The Year’s Best Fantasy and Horror Annual Collection. She gives regular workshops on creative writing and is secretary to the board of the Irish Writers’ Centre. She has also worked as a freelance journalist and magazine editor but is now engaged full time in creative writing. She lives in Malahide, Co Dublin.

To find out more about Laura, visit http://lauraelliotauthor.com/