A Moment With: Rhiannon Navin 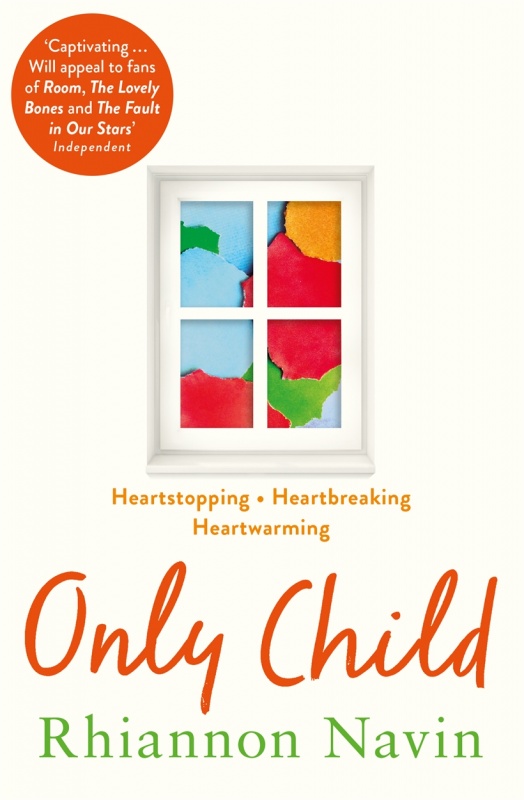 Only Child by Rhiannon Navin has been released today in paperback and I am so pleased to welcome her back to Novel Kicks. Thank you for joining me today, Rhiannon. What’s your writing day/space like?

The short answer is: never the same. I’m a stay at home mum of three, so I always have to squeeze in time and space for writing between a million other things. I used to think that I needed to create this perfect scenario to get some writing done, hours of uninterrupted time and no distractions. But I’ve found that I actually need a lot of movement while I write. I can’t sit in one place for too long and I have to allow my mind to wander. So, it’s not unusual for me to have multiple writing “windows” throughout the day and each in a different location around the house.

What advice about writing would you give to your younger self?

To start sooner! My whole life, people have suggested that I try my hand at writing, but I never thought that would be something I could do or be good at until I sat down to write Only Child. And then I fell in love with writing so quickly. It’s become such an essential part of my life, basically from one day to the next, and it sometimes feels like wasted time that I spent almost 40 years not writing. But maybe I had to be in the right place in my life to be receptive. And maybe it took the right story to get me hooked.

What elements are needed for a good novel?

A good novel to me is one that makes me miss it when I’m not with it. I have to want to carry it around with me even if I know I won’t have time to read it. And I have to think about it long after I’ve finished it. It’s hard to say which elements in a novel have that effect on me. A different voice certainly, one that I haven’t heard before, or a perspective I haven’t considered before. The characters have to be real and imperfect; they have to be people I’d like to meet in real life. I like to walk away from a story having learned something. And if the story made me laugh—or cry!— bonus points.

Huddled in a cloakroom with his classmates and teacher, six-year-old Zach can hear shots ringing through the corridors of his school. A gunman has entered the building and, in a matter of minutes, will have taken nineteen lives.

In the aftermath of the shooting, the close knit community and its families are devastated. Everyone deals with the tragedy differently. Zach’s father absents himself; his mother pursues a quest for justice — while Zach retreats into his super-secret hideout and loses himself in a world of books and drawing.

Ultimately though, it is Zach who will show the adults in his life the way forward — as, sometimes, only a child can.

Only Child by Rhiannon Navin was released in paperback by Pan on 4th October 2018 and is available in most UK book shops and online. Click to view on Amazon UK. 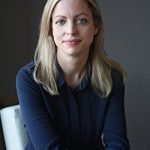 Rhiannon Navin grew up in Bremen, Germany, in a family of book-crazy women. Her career in advertising brought her to New York City, where she worked for several large agencies before becoming a full-time mother and writer. She now lives outside of New York City with her husband, three children, two cats, and one dog. Only Child is her first novel.