A Moment with… Tony Lee Moral 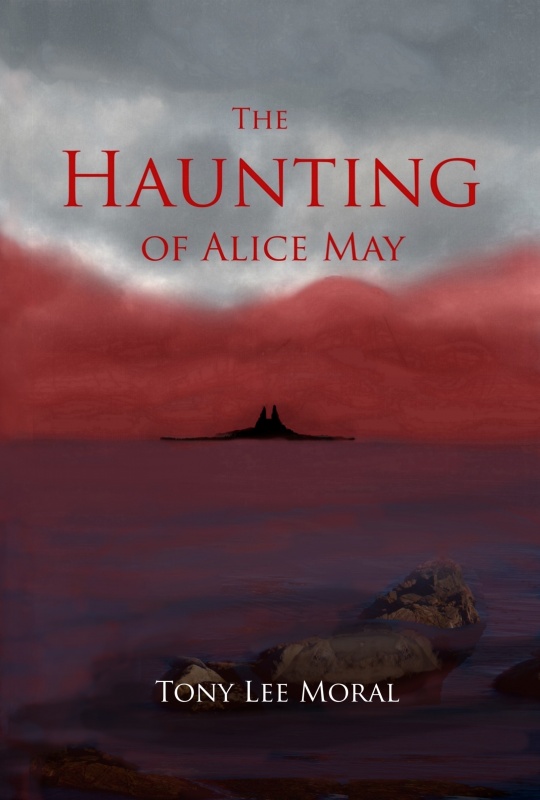 Welcome to Tony Lee Moral who is here to talk about his new novel, The Haunting of Alice May, released on 12th March.

Alice May Parker moves with her family to the sleepy town of Pacific Grove after her Mom dies, but little does she know the strange and terrifying events to come.When she falls into the bay during a kayaking trip, she is rescued from drowning by the mysterious Henry Raphael.

Handsome, old-fashioned and cordial, he is unlike any other boy she has known before. Intelligent and romantic, he sees straight into her soul.

Soon Alice and Henry are swept up in a passionate and decidedly unorthodox romance until she finds out that Henry is not all what he seems.

Tony is here to talk about the inspiration and process behind The Haunting of Alice May.

In my new novel The Haunting of Alice May, I blend mystery, with suspense and the supernatural. The central character, Alice Parker, moves to Pacific Grove, California, with her father and little sister after her mother dies. Whilst kayaking in the bay, she paddles towards a mysterious island, but capsizes and is drowning when a young man, Henry Raphael, magically appears, delivering her safely to the beach. Against all rules, they begin seeing each other.

The novel is partly inspired by J.M. Barrie’s supernatural 1920 play Mary Rose, about a woman who disappears on a Scottish island and reappears many years later in a ghostly form, while all her loved ones and those around her have grown old. Barrie is best known for writing Peter Pan or The Boy Who Wouldn’t Grow Up in 1904, about a boy who has an overwhelming desire to remain young forever.

I first read Mary Rose when I was researching my books on Alfred Hitchcock, as it was the Master of Suspense’s favourite and he wanted to make it into a film. He thought about the challenges of creating Mary Rose as a ghost with neon lights, but unfortunately was never able to realize his passion project. So Henry, in my novel is a version of Mary Rose — someone who never grows old, doesn’t become an adult, is from a different era, and is tied to a mysterious island.

Taking this premise, I thought, wouldn’t it be fascinating and sad if the ghost never grew old, while those around him had died? When Henry falls in love with a human, the dilemma is that they are not only from two different times, but also from two different worlds. While Alice is a contemporary teenage girl with a romantic nostalgia for past literature, Henry’s values are from the turn of the 20th Century, and he is bound by a sense of old-fashioned duty.

When writing for it is important to distinguish between mystery and suspense. Many readers become confused by the two terms. Having written three books on Alfred Hitchcock, I learned that they are actually two very different processes. Mystery is an intellectual process like a riddle or a whodunit. The mystery of Henry, who saves Alice from drowning, is who is he really? Is he a ghost? Where does he come from? What secrets does this island hold on which he inhabits? These are all mysteries that run through the book.

Each of the main characters has their own personal mystery to unravel, whether it be Alice, Henry, Emily, or Heather. Mystery is a central part of being a teenager. Teens are faced with such questions as: What will happen to me when I grow up? Will I find a partner? Will I fulfil my ambitions? Will I do well at school? When Henry asks Alice, “What are you afraid of then?”, she doesn’t immediately answer. Yet inside, she knows she is afraid of many things: concerns for her family, their future, and growing up without a mother. For me, this is the crux of the novel. Part of the fear of growing older is not having fulfilled your life’s ambitions.

Suspense on the other hand, is an emotional process, rather like a rollercoaster ride, or a trip to the haunted fun house. Good suspense should actively involve the audience in the storytelling. All suspense comes out of giving the audience information. If you tell the reader that there’s a bomb in the room and that it’s going to go off in five minutes, that’s suspense. The suspense in “The Haunting of Alice May”is what will happen when Alice finds out who Henry really is. How will she react? What will she do? What will happen when the other sailors come looking for her? This suspense drives the narrative core of the book and invites readers to keep turning pages.

Suspense in my book involves the reader, as we are fearful for Alice when she learns the truth. What will she do? What horrors will the vengeful ghosts inflict on the towns people of Monterey? Nearly all stories do well with suspense, no matter the genre. Suspense has largely to do with the audience’s own desires or wishes, so getting it right is a very important part of the writing process.

We also know that Alice has suffered a terrible trauma in recent months, her Mom died of a long illness, so is what she is seeing real? I wanted to create an atmosphere of suspense, uncertainty, and delusion, which is why I wrote the scenes early on when Alice isn’t really sure if she’s seeing Henry or not. Is he a figment of her imagination? Why do other people fail to notice him? Or is Alice going mad as a result of her bereavement? So the first half of the novel is devoted to who Henry is and why he holds such a spell over Alice. 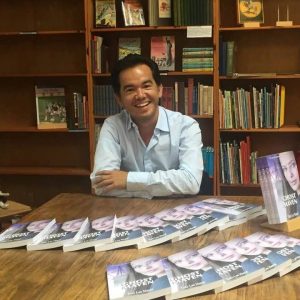 In a mystery, you don’t need to answer every question, it’s important to leave some questions unresolved, so that the audience will be thinking about them at the end of the book. That’s why I left the fate of Henry unresolved. And, of course, it opens up the possibility of an exciting sequel.

Tony Lee Moral is a mystery and suspense author, who has written three books on Alfred Hitchcock. “The Haunting of Alice May” is the first in a series of “Ghost Maven” novels.