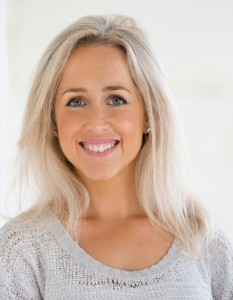 The Girl in the Photograph was released by Penguin on 15h January 2015. Inspired by the beautiful Owlpen Manor in Gloucestershire, it’s the latest novel from author, Kate Riordan.

When Alice Eveleigh arrives at Fiercombe Manor during the long, languid summer of 1933, she finds a house steeped in mystery and brimming with secrets. Sadness permeates its empty rooms and the isolated valley seems crowded with ghosts, none more alluring than Elizabeth Stanton whose only traces remain in a few tantalisingly blurred photographs. Why will no one speak of her? What happened a generation ago to make her vanish?As the sun beats down relentlessly, Alice becomes ever more determined to unearth the truth about the girl in the photograph – and stop her own life from becoming an eerie echo of Elizabeth’s . . .

In the video below, Kate talks about her inspiration for the book, her characters, what she wants the reader to take away from the novel and the themes of her novel. Click here to see a book trailer for The Girl in the Photograph. 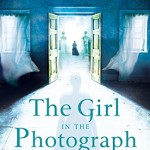 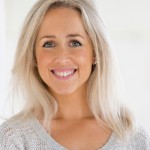 Kate Riordan is a writer and journalist who was born in London and grew up in Warwickshire. She spent her first years in journalism as a staffer, first at The Guardian as an editorial assistant and later at Time Out London, where she went on to become deputy editor for the lifestyle section, covering everything from travel to property to beauty. After seven fantastic years of weird and wonderful assignments, she decide to go freelance in order to concentrate on writing fiction, which had for a long time been an ambition (not least when she was interviewing authors for Time Out).After moving to Cheltenham in the Cotswolds, she wrote Birdcage Walk, which was published by Diversion as an ebook in 2012. Her second novel sold to Penguin in the UK and Harper Collins in the US and Canada, and will be published in early 2015 – as The Girl in the Photograph and Fiercombe Manor respectively. A German edition will follow in the summer of 2015. She is now hard at work on her next novel, a dual narrative story full of secrets and intrigue and moving between the years 1877, 1910 and 1922. Kate lives in Cheltenham with her husband and their dog Morris, a Staffordshire bull terrier they adopted from a shelter in 2013.

The Girl in the Photograph is available in most major bookshops. Click here to view on Amazon UK.