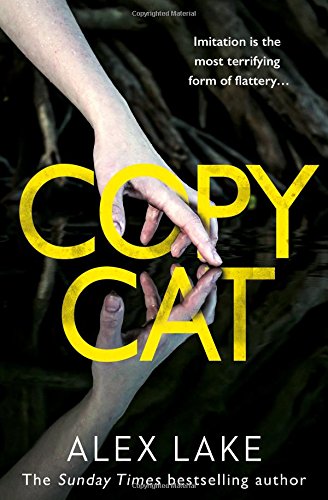 Copycat is the latest novel from author, Alex Lake and I am pleased to be welcoming her blog tour to Novel Kicks today.

Imitation is the most terrifying form of flattery…

Which Sarah Havenant is you?

When an old friend gets in touch, Sarah Havenant discovers that there are two Facebook profiles in her name. One is hers. The other, she has never seen.

And this is just the beginning. Because whoever has set up the second profile has been waiting for Sarah to find it. And now that she has, her life will no longer be her own…

Thank you for joining me today, Alex. Your book is called Copycat. Can you tell me a little about it and the inspiration behind it?

It’s about a woman, a doctor with three young kids, who discovers that there’s a Facebook account in her name. When she looks at it, she’s shocked – the most recent post is a photo , from the day before, of her kids on the beach. And there are others: photos of her out with her friends, of her on a date night with her husband, of her kids’ school plays. It is an entirely accurate representation of her life.

But she had nothing to do with it, and, as she will soon discover, it is just the beginning of her problems.

The inspiration came from some conversations I’d with friends about the way we treat our digital lives. Social media is very public, and yet we seem happy to put all kinds of information out there which would once have been considered private – birthdays, middle names, current location – that leaves us vulnerable to hackers and the like. But what if someone didn’t want to just steal your money or your identity – what if they wanted to destroy your entire life, and the information you left online was just the means they used to do it?

What’s your writing day like and do you have any writing rituals?

I write early in the morning, before my three young kids are up and about. When I sit down I know what I’m going to write – what the scene is and how it fits into the rest of the book, and so I can really use the time. I normally plan it the evening before (in the bath, or on a walk).

I only write for about an hour and a half each day, which is normally around 1500 words – after that I start to lose the flow and it becomes a struggle. Then for the rest of the day I do all the other things I have to get done.

What’s the best and most challenging thing about being a writer?

The best is getting the first copy of your book. Each book starts as a vague idea in your head, then gets turned into notes, then conversations with friends over a drink, then a draft, another draft and then one day a parcel comes and it’s your book. It’s just thrilling.

I think the most challenging thing is the constant worry that whatever you’re working on isn’t good enough. I always have that feeling – I’ll be halfway through a first draft, and I find myself thinking that what I’m working on is no good, that the characters are flat and boring, that the plot is full of holes,  that I need to scrap it and come up with a better idea. And there’s no one you can talk to  – the book’s not done, so they can’t read it – so all you can do it carry on, convinced you’re going to end up with a disaster on your hands….

What elements, in your opinion, make a good thriller?

I think there are three broad areas: characters, plot and The Villain.

The characters need certain characteristics – they need to feel real, so readers can identify with them and care about them, they need to be in genuine peril, and the solution needs to be in their grasp. They can’t just be waiting for the end to resolve itself. They need to be fighting and struggling and helping themselves.

As for the plot – the thrillers I enjoy the most are the ones I could imagine happening to me. It’s that sense that the structure of our lives is just one step away from falling apart, that, hidden behind the closed curtains of a nearby house unspeakable things are going on, and they might spill over into all of our lives…

And then there’s the villain. What makes a good villain would need an entire blog post of its own, but the villain too needs to be real.

And the more real they are, the more terrifying they become…

Long! And, like many writers, littered with failed attempts. After hundreds of rejections I published a short-story in a (now defunct) literary magazine, and that gave me the impetus to carry on. Eventually I had a manuscript which I sent to some agents and one of them picked it up.

Which authors/books do you admire and why?

Patricia Highsmith is a big favourite. She creates an unsettling, discordant atmosphere. Graham Greene called her the poet of apprehension, which is, I think, the perfect description. Plus – talking of villains – she has wonderful villains, like Tom Ripley. Cold, heartless, murdering, and totally believable.

I also love Joyce Carol Oates. She’s a very brave, unflinching writer. Some of her work is hard to read because it’s so disturbing, but I admire what she does.

And Jonathan Coe. I like all his work, but I adored The Rotters’ Club.

Gosh. This is like asking me to choose a favourite child. I’m going to slightly dodge the question and choose a German word – Kummerspeck. The literal translation is ‘grief-bacon’ – it means the weight you put on when you overeat because you’re upset or emotional. As for why – I think it’s because it does so much work in three syllables. It’s a wonderful word.

Gyges, maybe? Ever since reading about the ring he had which made him invisible I’ve wanted one, although I’m not sure what I’d do with it. Only good things, I promise.

I guess picking something supernatural is cheating though, so I think I’ll go for Sydney from The Borribles. Firstly because she’s a Borrible, and growing up I was obsessed with anything Borrible (read the books – you’ll see why), and secondly because she’s tough and loyal and I wanted, more than anything, to be her friend.

Two pieces of advice: First, do it for yourself. When you’ve put your pen down and it’s finally done, whatever happens to it, you’ll have written a novel, and that’s enough.

Second, write. Every day, if you can. Notes, ideas for plot twists, entire scenes – it doesn’t matter. Just keep it moving forwards.

Other than that, I don’t have specific advice – some people just get started, some do detailed plots, some write 5000 words a day, some 50. You’ll find what works for you. Good luck! 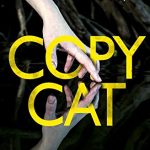 My verdict on CopyCat…

Sarah seems to be living a charmed life at the beginning of the book. She is a successful Doctor. She’s married to Ben, has three children and lives near to Jean, her oldest friend. However, when Sarah is made aware of a fake Facebook account in her name, she begins to panic. This account knows things about her day, has photos posted of her family but she has no idea where it has come from or who is responsible for it. Then things start to get a lot more personal. The people closest to Sarah start to question her sanity and eventually, so does Sarah.

If I could only choose one word to describe this book, it would be WOW. I like my psychological thrillers and this book did not disappoint. It had me guessing throughout the entire story. As a reader, I started to suspect everyone in Sarah’s life and became frightened for her. The build up of suspense, confusion and mistrust is fantastic and the many twists and turns meant that I couldn’t put this book down.

Sarah tries to be the best wife and mother that she can so when all of this starts, she can’t understand why anyone would hate her this much and from what I had seen of the character, neither could I. Therefore, it felt as though I was trying to work out the puzzle along with Sarah.

The behaviour of some of the characters is shocking. Overall, the characters are interesting, the plot moves well. It had all the elements I like in this genre of novel. 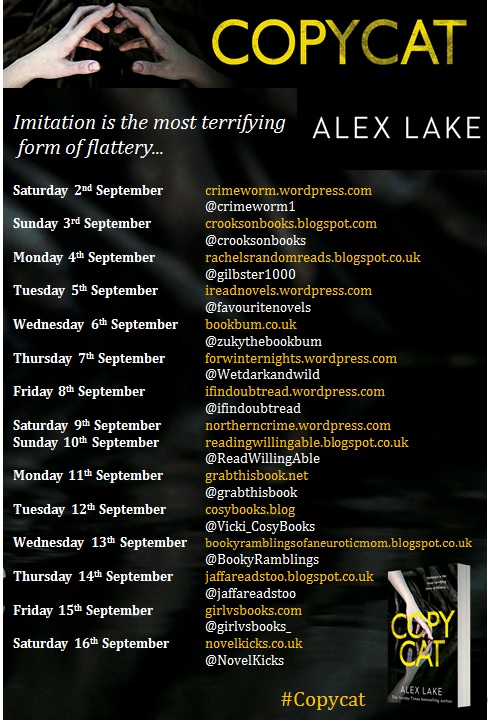 This novel has made it clear how dangerous social media can be and how unsecure your digital life really is.

If you are looking for something new to read, then please do pick up this book. It didn’t disappoint me. This book is a real thrill ride. My only hope is that there will be more to this story. I want to know what becomes of all the characters.

Alex Lake is a pseudonym. I would love to know the author behind the name so I can keep an eye out for other books as the style of writing had me hooked.
Great novel, Alex. I can’t wait for the next one.

Copy Cat was released by Harper Collins on 7th September 2017. It’s available in most UK bookshops and online.

Alex Lake is the pseudonym of a British novelist whose first book was one of Amazon UK’s top ten debuts of 2012. Alex was born in the North West of England in the 1970s and now lives in the North East of the US.