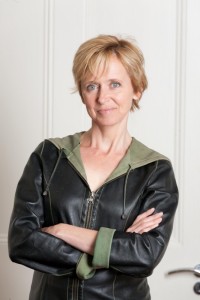 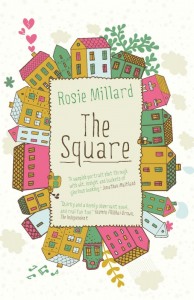 Hello Rosie, thank you so much for joining us. Can you tell us a little bit about your route to publication? Had you always wanted to write a novel?

I think every journalist longs to write a novel, not least because our work is fish and chip paper the next day! I signed up for a Fiction Writing course with the University of East Anglia which I did every Tuesday night in London for six months, and The Square came out of that.

Can you tell us a little about your book, The Square and how the idea originated?

I wanted to write a satirical novel based in the present day and the garden square where I live in London seemed to be a very fertile starting point! I also wanted to make it a bit racy and fun.

If you were to enter a talent show, what would you perform?

I would sing Any Dream Can Do from Joseph.

You Never Feel Happy, Until You Try, by c2c.

If you were only allowed to own three books for the rest of your life, which three would you pick?

Which fictional character would you like to swap places with for the day and what would you do?

I would like to swap places with Laura Ingalls Wilder from Little House on the Prairie and I would ask Pa if I could run the farm instead of him.

Who would you like to invite over for a fantasy dinner party?

Are you much of a planner prior to beginning a novel and do you prefer to edit as you go? Did your experience as a journalist help when writing fiction?

It helped enormously as journalists never suffer from writer’s block. I sat down and wrote 1000 words a day until the end.

What’s your advice for new writers?

Work towards key dramatic moments every four or five chapters, and get on with the action straight away.

Do you cast your characters and if so, who did you have in mind? 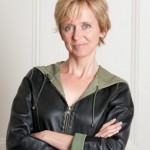 Rosie is a journalist, broadcaster and author. She writes a column for The Independent, and various features and interviews for other national broadsheets and magazines. She makes and presents TV and radio documentaries and is a regular guest on live comment programmes. Her first novel, The Square (Legend Press) has just come out. It’s a saucy romp featuring the middle class residents of a London garden square. So far none of her neighbours have taken her to court. She’s also written two other books, The Tastemakers (Thames and Hudson) and Bonnes Vacances! (Summersdale)

To find out more about Rosie, visit her blog – https://rosiemillard1.wordpress.com

Our verdict on The Square.

Jane has the ideal life: loving husband, beautiful house and delightful son. Her fashionable dinner parties are perfect – and so are her secret assignations with her neighbour’s husband, Jay.

From Tracey and her New Money lottery winnings to eccentric artist Philip and his pornographic portraits, the residents of North London’s most privileged enclave The Square are a very satisfied bunch.

To raise money for communal fencing, the Residents’ Association decides to hold a Talent Show, produced by Jane and hosted by TV celebrity Alan Makin. But when the show lurches into public disarray, reputations are shattered and everyone has to learn to live with a far less glossy reality than before.

I did like the fact that this was told from varying point of views. It allowed me to get an overall view of everyone living in The Square. Jane looks as though she has the perfect life, well, except for the fact that she is sleeping with her neighbour, Jay. His wife Harriet has no idea and is not overly happy for other reasons. Jane’s husband, Patrick has a thing for the neighbour’s au pair, Anya. Tracey, Larry and their children Belle and Grace have been living in the Square since winning the lottery but are now feeling the pinch. Patrick is the eccentric artist of the area. Roberta, the piano teacher and Anya are the observers and it was good and very interesting to get their point of view on the residents of the Square too.

The Square is a soap opera and overall, I found it entertaining.

It took a few chapters for me to get into the novel but after a while, I got so involved with the characters. It is a bit of a peak into the lives of people who, on the outside seem to have it all but nothing could be further from the truth. This book is proof that the grass isn’t always greener on the other side and that despite wanting to keep secrets, people will know your business whether you want them too or not.

In order to raise funds to repair fencing around the Square, the residents decide to put on a talent show with some brilliant scenes as a result. Most of the book focuses on the build up to the night. When the night arrives, there are some hilarious moments and not everything goes to Jane’s plan.

My favourite character had to be Jane and Patrick’s little boy, George. He’s young but very matter of fact. I loved him.

This book has a humorous, honest, quirky feel to it and it was an enjoyable read. Great if you want a light summer read.

The Square by Rosie Millard is published by Legend Press on 1st August 2015. Click on the link to view on Amazon UK  and Goodreads.