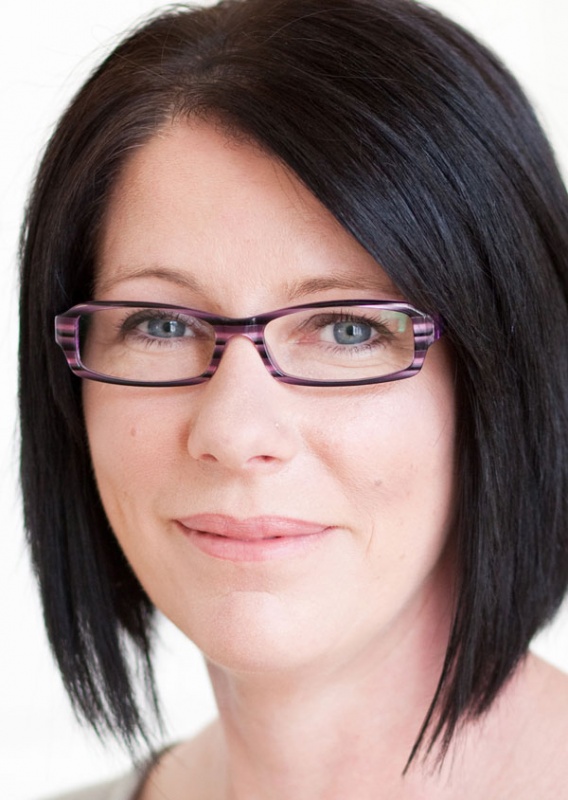 I’m pleased to be welcoming Vicki Wakefield to Novel Kicks today. Vicki is the author of the YA novel, Inbetween Days which was released by Text Publishing on 26th August.

Jacklin Bates has life figured out – dropped out of school, moved in with her runaway sister, in love with an older boy. But why does she have a sinking feeling that she still needs her mum? Perhaps because she’s stuck in Mobius – a dying town with the macabre suicide forest its only attraction – stuck working in the roadhouse and babysitting her boss’s demented father.

Vicki, thank you for joining me today. Can you tell me about your typical writing day?

There are no typical days. I write when I feel like it, or when a deadline forces me knuckle down. It’s not that I don’t love writing, it’s just that I focus best when my slate is clean. I tend to deal with family, housework, bills, pets and life first, and then I breathe out. I can be epically productive or utterly paralysed. There’s no middle ground.

Do you have any writing rituals (coffee, silence?)

I’m terribly provincial. I can’t do cities, hotel rooms, libraries or cafes (I wish I could, but I either get distracted or lonely). I like to be outside; I like my dog under my feet. I prefer to write at night when everyone else is asleep, and I need tea, wine, chocolate or biscuits (not necessarily at the same time, but I’ve been known to go on a bender). I keep only one working file, so any changes are lost forever (I’m told this is the equivalent of base-jumping, but to me it’s a superstition, like wearing your lucky stinky socks for every game).

Do you edit as you go and plan much prior to beginning a book?

I’m always thinking about a new book long before I finish working on my current one, so the planning can take place years before I write a single word. I keep notebooks filled with random ideas and drawings to help me get to know the world and the characters, and I’ll usually have my opening paragraph perfected before I open a new document (the blank page scares me). Planning in advance helps me to decide whether a story has legs, and drawing helps me to refine my characters before I begin. That said, I’m not a plotter. I trust that the story will take me where it needs to go. I do edit as I write the first draft (against most advice on writing first drafts). It’s my way of feeling out the story. My ideas change so often and so unexpectedly that I worry the novel would be unfixable if I ignored my instincts and tried to write through.

What’s the best and most challenging parts of writing in the YA genre?

The best part is there are no limits to story. The YA readership, or category, embraces many genres (contemporary, romance, fantasy, sci-fi, thriller, horror, just to name a few) and YA readers are incredibly diverse readers. So, while some might believe writing for young adults comes with a set of rules and limitations, I only see endless possibilities. That’s pure freedom for a writer.

The most challenging part is staying true to the teen perspective when I write. I’m an adult with years of adult experiences, and sometimes I’ll inadvertently draw from those experiences to colour the story. They’re the parts I cut, even if they’re good, because it’s not about me now – it’s about me then. And I can’t help feeling I got it right if my characters are criticised for being complex, unlikeable, irresponsible, impulsive, or too real. That means I left the right parts in. 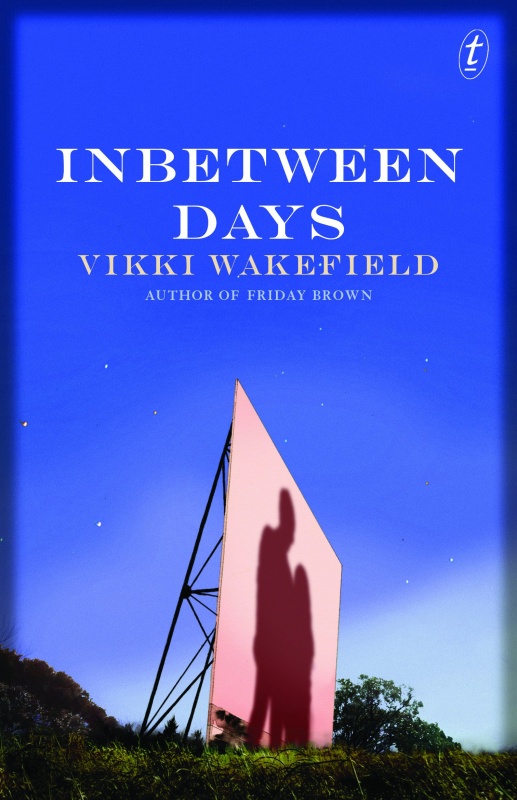 Can you tell me about your latest book, Inbetween Days and how the idea originated?

Inbetween Days is set in a small Australian town called Möbius. It’s a dying town, a place caught in between – between light and darkness, truth and lies, past and future – much like main character, Jack, who’s seventeen. She has dropped out of school and she’s living with her runaway older sister, Trudy. She thinks she’s all grown up, but when she comes to the realisation that the boy she loves doesn’t return her feelings, Jack’s life starts to fall apart. Her story is about navigating the space between childhood and adulthood, making mistakes, falling in love again, and finding peace and momentum after taking a few wrong turns. It’s dark, but funny, too.

Here’s a quote from a scene where Trudy explains to Jack how love works:

‘Love is a pie.’ Trudy stood up and held her glass as if she was making a toast. ‘It’s something you put your whole heart into. You stand on his doorstep and you offer him this pie that you have baked tenderly, and he picks at the crust, maybe takes a bite, then he gives you back the pie and says, “I don’t like this pie. I don’t want your pie.” And you’re left with a pie that will never be perfect again. The next time you offer your pie to someone, they know somebody else has already taken a bite. Maybe all the filling is gone and you only have soggy pastry to offer. In return, all you get is someone else’s half-eaten pie because that’s all you deserve when that’s all you have to trade. Or you get someone’s perfect pie but, by then, you’re partial to half-eaten pie, so you screw up their pie and move on. First love is a show pie. Every love after it is a reheated delicatessen pie and it tastes like crap, because you remember what first pie tastes like and it’ll never be the same. So, you learn to protect your pie and you’ll never make the mistake of holding it out with both hands again. Now you’ll offer your half-eaten pie with one hand while the other hand will stay behind your back, holding a fork.’
‘What’s the fork for?’ Mads asked.
Trudy made a stabbing motion and slapped her forehead. ‘My point is, Mads, never, ever show both hands.’

All of my ideas are a slow burn, but Inbetween Days started with a vivid scene at an abandoned drive-in. Jack and her old neighbour, Jeremiah, share an awkward kiss and an even more awkward conversation about how a boy should notice how a girl smells. I mean, in books and movies they’re so specific: she smells like cinnamon and apples, or raspberries, or vanilla and spice. But Jeremiah is unflinchingly honest, and he tells Jack her hair smells like hair. I just found the image funny and sad at the same time, and so I set out to write a book about love and its complexities, and to explore the differences between sex and true intimacy between young people.

If you found yourself trapped in one place, where would you like it to be?

It would have to be my fictional dream home: a sprawling split-level treehouse in an enchanted forest, with a Potter-esque library, a reading nest and a rope ladder.
A faceless, voiceless butler brings me delicious food and clean clothing when I ring a tiny bell, and I just add more rooms when I run out of space for books. Alas, this thing doesn’t exist outside of my head.

If you were told you could only own three books, which three would you pick and why?

My battered copy of S E Hinton’s The Outsiders. I haven’t read it in years but just looking at the cover still reminds me of my early yearnings to write.
A Bill Bryson book (I can’t possibly choose one right now) because he makes me laugh.
Ruth Park’s Harp in the South trilogy (please say it counts as one book) because I’ll never tire of reading them.

I’ve always wanted to visit Narnia or climb The Magic Faraway Tree. I wouldn’t mind hanging out with Hannibal Lecter for a day because I’m fascinated by evil characters who straddle the line between protagonist and antagonist.

I’m going with ‘The Trick is to Keep Breathing’ by Garbage.

Ditch the idea of being a world-famous, best-selling writer – it’s like trying to catch a rainbow. Fall in love with the process of writing and you’ll have something far more beautiful that lasts forever. 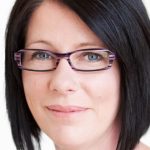 Vikki Wakefield was born in Adelaide.

After high school, Vikki worked in banking, journalism, communications and graphic design. In 2009 she enrolled in TAFE’s Advanced Diploma of Arts (Professional Writing) and found her voice. Her articles have been published in newspapers and magazines and she is an award-winning short story writer. Two of Vikki’s short film scripts are currently in production.

For more information on Vicki and her novels, visit http://vikkiwakefield.com