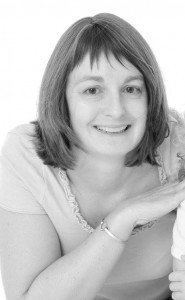 So I’ve been out of the writing closet for a while now and friends, family and work colleagues have got used to the idea that I have another life as a writer. So when I see people they often ask “how is the book going?” (which is jolly nice of them to show an interest). I usually reply with something along the lines that my editor is very pleased with how it’s doing for a debut novel and that I’m thrilled with the fab reviews I’ve received which shows that most people are enjoying it. At this point I usually get an odd look from them, followed by “So how many have you sold?” To which my answer is “I have absolutely no idea.”

Am I alone in really not being that interested in how many it’s sold?

My original intention was to see if I could actually finish a whole novel (I was a serial novel starter who got distracted and then started another one). Getting it published was never in the plan, because I knew how unlikely this was, but with a lot of luck and good timing my MS landed on the right desk at the right time.

I was so pleased when it was published as an e-book and over the moon to see it in paperback as an actual proper book. But the best part of all, without exception, is when people read it and like it. The fact that they have spent some of their hard earned cash on my book is terrific so I want it to have been a worthwhile purchase for them – otherwise they could have bought a packet of custard creams instead (always a worthwhile purchase).

I will keep writing and I would really like it if readers continued to enjoy my novels. I know that to stay with my publisher I need to be selling books so of course I would like to see them sell but I am also realistic.

Despite the recent press declarations that most authors earn below the minimum wage people still seem to think writing is a sure fire get rich quick scheme. As I look proudly at my first royalty cheque, of not very much at all, I am reminded of this. I think if you are writing for the money you are likely to be sorely disappointed unless you turn out to be the next JK Rowling or EL James (in which case huge congratulations – you are in a miniscule minority).

Personally, I’m very happy with things as they are and if I get a small cheque every so often that helps to keep me in custard creams then I’m ecstatic!