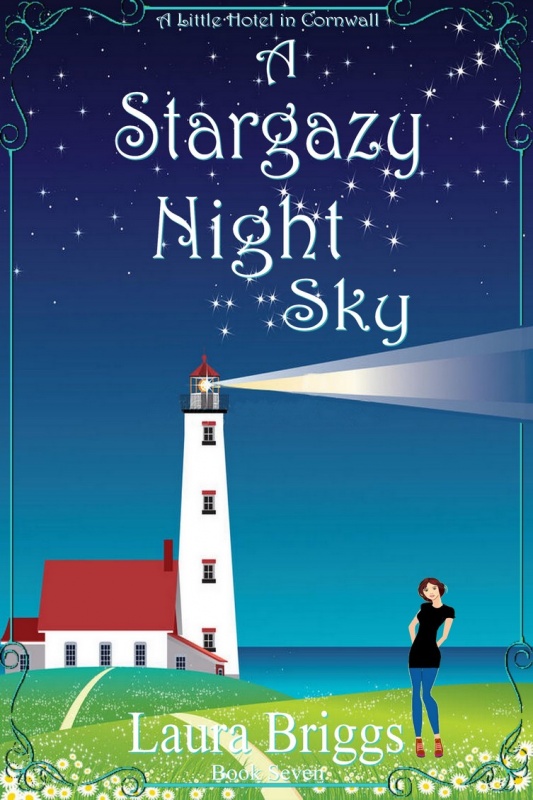 I am so happy to be welcoming Laura Briggs back to Novel Kicks. Today, I am taking part in the one day blog blitz for her novel, A Stargazy Night Sky, the seventh book in her Little Hotel in Cornwall series.

Starry autumn nights are bringing a rare celestial event and exciting new guests to the shores of the sleepy hotel Penmarrow.

Maisie is happy to be back among its staff, even with the question of its future ownership still in the air and the fate of her unpublished manuscript soon to be in the hands of London acquisitions editors. More than anything else, she’s happy to finally be in a relationship with Sidney Daniels, the sparks between them no longer denied. She’s excited for the future and things couldn’t be better with regards to romance … except for those lingering little questions about Sidney’s uncertain past, that is.

Meanwhile, the staff at the Penmarrow is tasked with hosting a special celestial conference where stargazers are gathering for a glimpse of the much-anticipated comet. The ever-timid maid Molly is flustered by the return of charming astronomer George and seems to need a little advice on how to rekindle the spark they shared last autumn. Hotel porters Gomez and Riley vie for the attentions of a mysterious female guest, the eccentric ‘Megs’ Buntly pays another visit, and a dramatic revelation about someone on staff will leave Maisie and everyone else reeling from the unexpected news. Is this the moment for the revelation Maisie has been waiting for since her Cornish journey began?

Laura has shared an extract with us today so get comfortable, grab that hot drink and enjoy.

Thanks so much to Laura for this opportunity to share an extract from my Cornish romance read A Stargazy Night Sky. It is the seventh book in my series about amateur novelist Maisie Clark, who stumbles into romance, secrets, and adventure while working as a chambermaid at the seaside hotel Penmarrow. The following extract finds Maisie and the rest of the staff preparing for the hotel’s next big event.

Autumn had brought the last busy wave of tourists washing into the Penmarrow’s hilltop harbor, and business continued as usual. Only Brigette, with her usual busy and somewhat bossy powers bestowed by the last chief housekeeper’s departure, had reversed course and was having her autumn leaf garlands and harvest centerpieces stripped from the dining room today.

“Do we have to take them all down?”  Molly asked. “It looks so nice. Guests have complimented it.” Her brow wrinkled. A few fake berries fell from the window’s garland strand and she collected them and put them in the pocket of her maid’s apron, where today’s crossword puzzle was also concealed.

“I know, but it simply won’t do for the celestial event,” answered Brigette. “I’ve already consulted Mr. Trelawney, and he thinks a white motif would be far more suitable. Katy, take down all the pink apples and wheat sheaves from the mantelpiece, thank you.” The trim desk manager tapped her highlighter against the clipboard in her hand, as the maid Katy rolled her eyes and obeyed.

The celestial event was just that:  the first documented visual appearance of a new comet, which coincided with an awards banquet being held by the International Society of Astronomers. Among other activities, they were honoring a historian who had stumbled upon the record of a hitherto-forgotten constellation in ancient history and the inventor of a special telescope with some sort of computerized ‘star speed’ tracking and lens focus.

I had learned this from Brigette’s fat dossier file which all staff were supposed to read before the society’s guests began pouring in to replace the year-end surfers and nature lovers. There was a fingernail polish stain in a ring on it, proof Katy used it as a tray for her cosmetics when she touched up in front of the big mirror by the desk. That was probably the extent of its use so far. 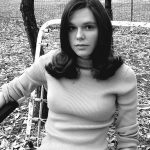 Laura Briggs is the author of several feel-good romance reads, including the Top 100 Amazon UK seller ‘A Wedding in Cornwall’. She has a fondness for vintage style dresses (especially ones with polka dots), and reads everything from Jane Austen to modern day mysteries. When she’s not writing, she enjoys spending time with family and friends, caring for her pets, gardening, and seeing the occasional movie or play.

Click to view A Stargazey Night Sky by Laura Briggs on Amazon UK.