Blog Tour: Author of The Watcher Chats About His Book Journey 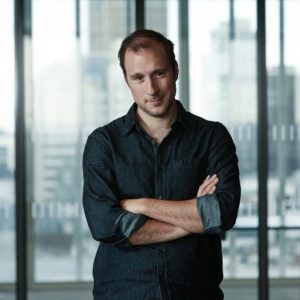 A huge big welcome to Ross and the blog tour for his new book, The Watcher.

Lily Gullick lives with her husband Aiden in a new-build flat opposite an estate which has been marked for demolition. A keen birdwatcher, she can’t help spying on her neighbours.

Until one day Lily sees something suspicious through her binoculars and soon her elderly neighbour Jean is found dead. Lily, intrigued by the social divide in her local area as it becomes increasingly gentrified, knows that she has to act. But her interference is not going unnoticed, and as she starts to get close to the truth, her own life comes under threat.

But can Lily really trust everything she sees?

Chris has reviewed the book below but first, Ross chats to me about his book journey. Hello Ross. Can you tell me about your writing journey for The Watcher…

As I was struggling to open the door to my building with my key fob, while carrying a box of American proofs and a new coffee machine, a woman I’d never seen before held open the door just as I managed to catch the machine on its descent, the books taking the full journey to the ground and collapsing onto the carpet.

‘Well,’ I said, tentatively, as it felt like I was on the precipice of a real world humble-brag, ‘it’s my first novel actually, so, pretty excited.’

Which drained my vibe and immediately posed me a problem, as the real answer, ‘spying on your neighbours as if they were birds’, might come across just a little, I don’t know, creepy.

‘It’s a psychological thriller.’ I said instead.

The idea for The Watcher had come to me as I took a look around this new build neighbourhood some eighteen months earlier, even before the estate agent showed us up to the flat. Stories of murder often take place in quaint villages or in grand old surroundings, I thought that maybe the unsettling ends of fiction could stand being regenerated too. Crime can tend to focus on so-called high or low life, worlds luxurious or gritty, I wanted to focus on the middle.

This neighbourhood was more comfortable, gleaming, somehow ambient, than any place I’d lived, but that didn’t mean it had any less capacity to disturb. So I decided to figure out what I thought about gentrification, this divided country and a few other things by telling myself a story.

I worked on the first 20,000 words heavily, both because I love beginnings and as I was aware that this is where readers are making all sorts of subtle decisions about the story. But it all came very quickly really, the other three quarters particularly so, in an at times sleepless rush, as I carried out the novel’s evil plan.

After encouragement and full manuscript requests, I decided it couldn’t be too awful and sent it to the one agent I wanted above all. She came back to me having read it in one breathless burst and said she wanted the book. Juliet Mushens, even more brilliant in person, was a perfect fit for the book.

Around three weeks later the book sold first in Germany, a surreal moment, then other territories in the coming days, followed by offers from the UK. Everyone I met during this process was passionate about books and gave me a mind-blowing introduction to the industry.

None more so than the whole team at Harlequin, soon to morph into HQ Stories, who got every aspect of the novel from the very start, even down to a shockingly perfect cover design that was waiting for me on a giant screen when we met.

They have managed to communicate the essence of the book in ways I couldn’t, which reminds me that I started this piece trying not to humble-brag, and that the book has just gone into the top 20 fiction hardbacks in its first week on sale. This, humbly, is not a brag belonging to me, but to many whose hard work has made this story I told myself be all it could possibly be. 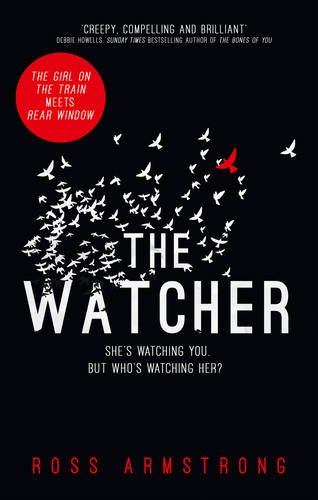 Our verdict on The Watcher:

The author paints a very vivid picture in your mind of the main character Lily. She lives in a new-build apartment in London on a development site where they are tearing down the old buildings to create the new.

As an avid birdwatcher Lily sees everything that is going on through her binoculars and soon enough she finds that she is watching more than just the birds and, unlike with birds, some of them are watching back. After the discovery of a body in one of the soon to be demolished blocks, she starts to try and piece together what happened from her observations.

I don’t want to say much more otherwise I might start to give things away. The book is written as a journal from the point of view of Lily. At first I struggled with the book as it is written in very short sentences, sometimes just a few words long, and I find this style of writing tiring to read.

However, within a few pages I realised that this style of writing was used intentionally as it gives a whole new dimension to Lily; it helped to build the structure of her mind in my head. I could start to see her more clearly, perceiving her movements like her words; short, sharp, fast and occasionally beautifully flowing – putting me in mind of birds first on the ground then on the wing.

It is clear that there is some trauma in her past, as the journal is written to someone whom she does not currently wish to speak and there are hints of rift and pain. The basic story is quite simple, but the true magic lies in the incredible execution.

All the information and the clues are there, but I didn’t see the truth until it punched me in the heart. I would recommend this book quite whole-heartedly. It drew me in and once I hit about half way I couldn’t have put it down if the house was on fire. 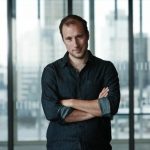 Ross Armstrong is a British stage and screen actor who has performed in the West End of London, on Broadway and in theatres throughout the UK. His TV appearances include Foyle’s War, Jonathan Creek, and most recently, Ripper Street.

After gaining a BA in English Literature and Theatre at Warwick University, Ross went to RADA and whilst there he won the RADA Poetry Writing Award.