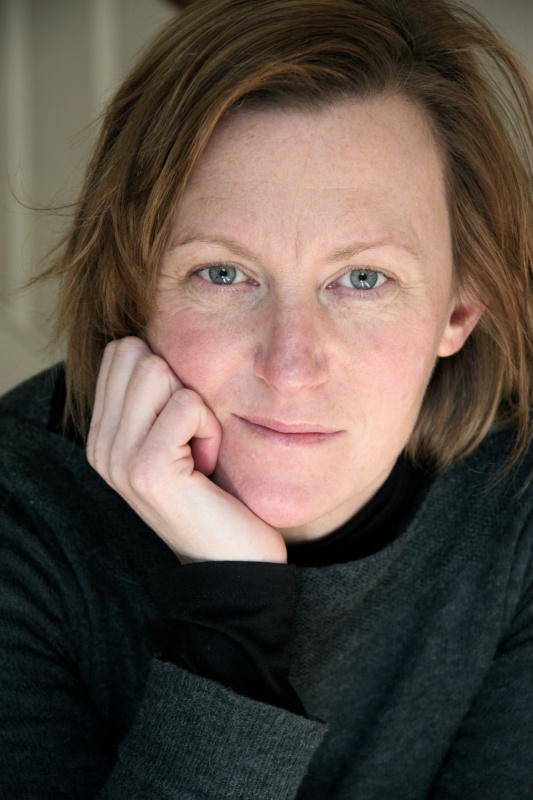 I’m pleased to welcome Gilly MacMillan to Novel Kicks today. As part of the blog tour for her novel, Burnt Paper Sky, Gilly shares details about her writing process.

After I finished writing Burnt Paper Sky, I made a resolution, and that was to make sure that my writing process for my second book would be much more organized and efficient.

I had started Burnt Paper Sky with little more than an idea of the type of book I wanted to write, an opening scene, and a vague concept of what I wanted the fate of the missing boy to be. I also had a piece of paper with a rough pencil sketch showing where the plot points should probably go, once I’d thought of them. That was it. The rest I made up as I went along, with the result that I got so much wrong in my first draft that I had to spend over a year rewriting it.

So, for my second book, I had better intentions. I would plan it, I thought, I would organize the material and map out the plot, the pacing and the characters and do all the things that I’m probably supposed to do, and might have been taught to do had I been on a course.

That resolution lasted about two days, during which I stared at a blank page that had ‘synopsis’ written at the top and couldn’t think of a single bit of detail to put down. I was absolutely paralysed. I had an idea for the book, and a main narrator, but still I couldn’t do it. Grey mist had descended.

What that showed me is that I am, resolutely, a seat of my pants, make it up as you go along writer, and that’s because, simply, I get my best ideas when I’m actually writing. That’s when the characters develop and interact with one another, and become rounded, and that’s when ideas begin to spark. I get some fireworks in the grey mist.

So I’ve had to accept that, much as I’d like it to be different, and more predictable and controlled, my actual process is a bit messy and very intense.

I still use a sheet of paper with plot point structure sketched on it and I scribble on that when I get ideas. I use post-it notes which I stick on the wall to keep track of sections that I’ve written, and these help me decide which order it’s best to have them in when I edit. I have days where I don’t write a word because I have to let my ideas develop, and I might go for long dog walks, or do lots of hoovering, anything to get my mind relaxed and working on the plot, and then if I’m lucky I get a morning where I might be extremely productive and the words just flow because things have more or less clicked into place. I constantly tell myself that a first draft is not a finished work, and I often print out what I’ve done and heavily edit it the traditional way, with a red pen. A good edit is an essential part of my process, and because I know I’m going to do it, it allows me to write quite freely when I first put words onto the page.

I tend to work best first thing, right after dropping the kids off at school. Between 8.30 and 11 is definitely my most productive time of day. And while I’m working on a book, I’m always reading alongside it, because other books never fail to inspire me and help my own writing grow.

It’s an unpredictable, nerve-wracking, exciting process for me. It’s also exhausting as I’m never one hundred per cent certain what will happen and I have to continually tell myself to hold my nerve. But when it’s not giving me grey hairs, I absolutely love it!

Gilly Macmillan grew up in Wiltshire, and was pleasantly surprised when her family moved to California when she was a teenager.  She studied History of Art at Bristol University before doing an MA in Modern British Art at the Courtauld Institute of Art.  Her career path has included working at the Burlington Magazine, the Hayward Gallery and teaching photography at a sixth-form college in Swindon.  Her favourite job was working in a café opposite Kepler’s bookshop in Menlo Park, CA.  She currently lives in Bristol with her husband Julian and their three children. 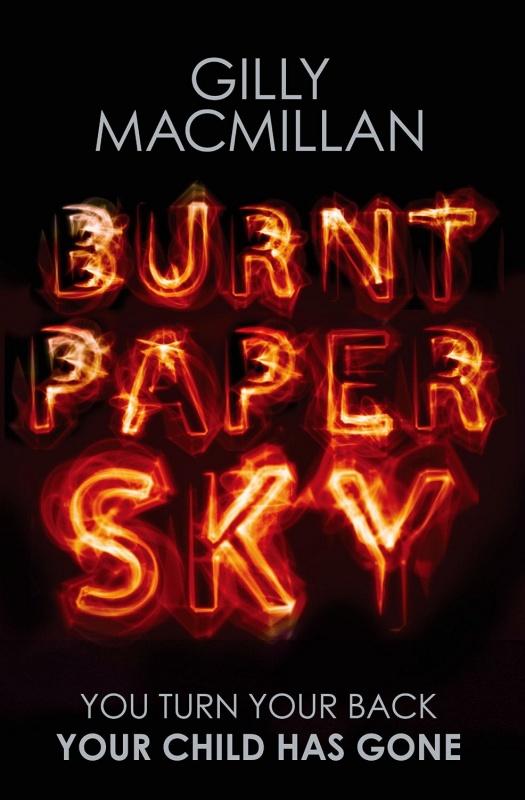 My verdict on Burnt Paper Sky:

Rachel Jenner turned her back for a moment. Now her eight-year-old son Ben is missing.

But what really happened that fateful afternoon?

Caught between her personal tragedy and a public who have turned against her, there is nobody left who Rachel can trust. But can the nation trust Rachel?

The clock is ticking to find Ben alive.

WHOSE SIDE ARE YOU ON?

Simply put, I could not stop reading this novel from the moment I picked it up. Rachel Jenner turns her back for a moment and then gets pulled into a nightmare when her son disappears. Who knows how anyone would react in that moment but due to Rachel’s behaviour, specifically when appealing for her son’s return, she looses the publics sympathy and both they and the newspapers begin to turn on her. This situation can happen to any parent and it’s a very scary proposition.

Despite the negativity towards Rachel in the novel, I felt sympathy for her. She is going through a lot and it only goes from bad to worse. Funnily enough, she was the only character I did not suspect. I spent most of the novel trying to figure out who it was and just when I thought I had figured it out, more clues and red herrings were thrown into the plot – even right up until the end. I was certain I knew who it was but I was wrong. It was not who I thought. There were certainly elements of surprise scattered throughout the book.

The book, in my opinion was very well plotted. The pace was good and I never felt as though the story was dragging. The POV is split between Rachel and DI James Clemo, the policeman primarily in charge of finding Ben. In some instances, both Rachel and Jim address the reader directly and I found this interesting and it helped pull me into the story.

What I also found interesting was the spotlight it put on the internet specifically public speculation and how comments online can be particularly dangerous to the people involved. Sat at a computer, it is easy to forget that these comments are directed toward real people and are not just words on a screen – at least to some people. I feel this book opens a little bit of a debate between endangering people and the right to free speech.

Anyone familiar with this blog will know how much I love mystery and this book is a perfect mixture of both crime and mystery. Suitable for fans of RS Pateman and Jane Shemilt, this was a great, well plotted novel and I look forward to reading more from Gilly.

(Burnt Paper Sky by Gilly MacMillan is published by Piatkus, 27th August 2015. Thank you to Piatkus for the review copy. This book is available in paperback and as an e-book and is available to buy in most major bookshops. Click to view at The Book Depository, Click to view at Amazon UK and click here to view on iTunes.)

The blog tour continues tomorrow at Chrishigh.com and TheLockdown.co.uk. Check out the blog tour banner for details on the other stops on the tour. 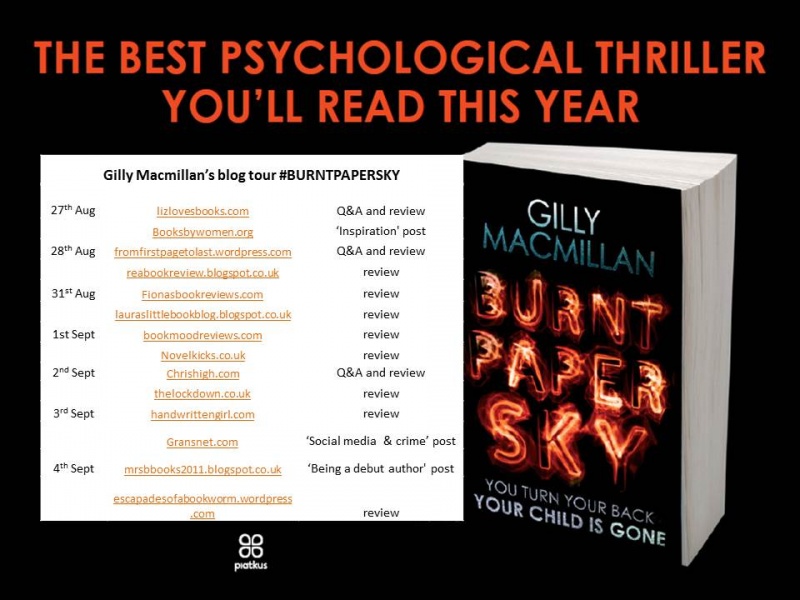