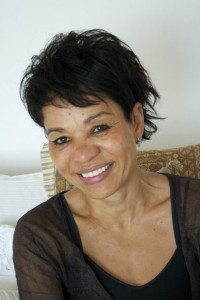 I am pleased to be welcoming author, Tessa McWatt to the blog today and her blog tour for her new novel, Higher Ed (published on 27th August 2015 by Scribe.)

Hi Tessa, thank you so much for joining us. Can you tell us a little about your new book, Higher Ed and what inspired the novel?

The novel was inspired by teaching in higher education and by current issues of austerity and funding cuts in the public sector. I wanted to examine how in difficult financial times people cope and how these issues affect relationships. I also wanted to see if I could write a novel the way a filmmaker makes a film, by editing elements together that exist separately, outside of the ‘frame’ of one another. So I wrote each character’s story separately and then interwove them in the editing process.

How much planning did you do before beginning Higher Ed? What elements needed to be in place before you started?

I planned to write 4 different strands of the story and then weave them together. I added the fifth strand because it seemed like the right balance, the right number of voices. I saw the whole thing as a hand, with the five fingers contributing to the whole picture of how we work together.

Your book features five people who live in London. What challenges did you face writing from five peoples point of view?

I loved the challenge of writing from five points of view. In each one I had a special relationship with character and voice. The challenge was to make them sound distinct.

Can you describe your typical writing day and do you have any writing rituals?

I don’t have writing rituals, but I usually write better in the morning than in the evening. I tend to write best when I’m away from home, so I do a lot of travelling for first drafts.

Is there a fictional character you’d like to meet and what would you do/talk about?

This is a hard question, not because I don’t have lots of fictional characters that I really love (Pip from Great Expectations, Lila from Lila) but if I love a character it’s probably because he or she is beautifully written, in which case what I’d really like is to meet the author (Dickens, Marilynne Robinson) to discuss the wonder and joy of writing a character.

Do you cast your characters when writing and if so, did you have someone in mind for Francine, Robin, Olivia, Ed and Katrin?

I don’t usually have a particular person in mind when writing a character, but lots of people influence my characters. I will see someone on the street or meet someone only once and they can affect a character I’m developing. The characters of Robin and Olivia are conflations of lecturers and students I have known in the many years of teaching.

No, I don’t have a favourite word. There are too many unique, evocative and beautiful words to make one a favourite.

Out of all the books you’ve read, which three are your favourite?

My favourite books change all the time. From my youth when I started to read the ‘great books’ to later adventures into more experimental fiction, I have been affected by authors who use language in unique and courageous ways. One of the books that has continued to inspire me is John Berger’s To the Wedding, which is why I’m currently involved in a film project based on it. Right now, two of my favourite books are from contemporary writers who have made me gasp (and cry) with their writing. These include Miriam Toews’ All My Puny Sorrows and anything that Marilynne Robinson writes.

What’s your advice for new writers? 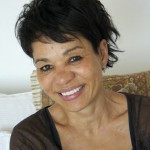 Tessa McWatt was born in Guyana, grew up in Canada and has been living and working in London for nearly two decades. She is the author of five earlier novels; her second, Dragons Cry, was a finalist for the Governor General’s Literary Award for Fiction and the City of Toronto Book Award. Her novel, Vital Signs, was published in 2012 and was nominated for the 2012 OCM Bocas Prize for Caribbean Literature. She developed and leads the MA in Writing: Imaginative Practice Programme at the University of East London. She divides her time between London and Toronto. 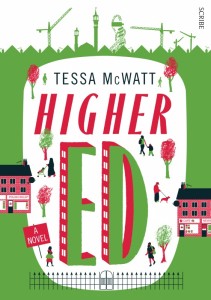 My verdict on Higher Ed.

Francine would prefer to be thinner, but is happy enough to suffer her boss’ manhandling of her ample hips if it helps her survive the next cull in Quality Assurance. She just wishes she could get the dead biker’s crushed face out of her mind’s eye.

Robin is having a baby with the wrong woman, wishes he were with the perfect Polish waitress instead, leans hard on Deleuze for understanding, and wonders if his work in film will continue to be valued by the university management.

Olivia is angry – angry with her layabout mother, with her too-casual BFF, and with her own timidity and anxiety. Perhaps the wisest of her lecturers will help? Knowledge is power, right? And she’s beautiful when she’s angry.

Ed wishes he’d never gone back to Guyana to help his rass brother as it lost him his mini-Marilyn wife and the possibility of watching his only child grow up – until someone surprising crops up at the crematorium.

Katrin is starting not to miss Gdansk or Mamunia so much, and starting to understand London living. But if she works and hopes harder, maybe she’ll secure a full British future for herself and her mother with the Good Englishman. The five of them cross paths and cross swords to bring London living unforgettably to life. Real London lives.

I was not sure what to expect but was intrigued by this novel. I was excited to get going. It focuses on five characters who are all connected in some way ( I do like it when that happens in films and novels.) All the characters live in the same area of London and are similar but are also going through their own issues – most of which will be relatable to someone. All of them are looking for love, acceptance and a place to belong in some shape or form.

I have to admit, it took me a while to settle into this novel but was fine once I found my feet with it. It focuses on five characters so it does jump around a little. I also preferred some of the characters to others – I liked Katrin. She is such an intelligent girl and I found her circumstances sad. I really didn’t like Claire and her treatment of Katrin was unfair. I also feel that Robin didn’t treat her that well either.

There were many laugh out load lines which were so cleverly phrased. This book is an honest look at life in London. I got a sense that some, if not all of the characters are lost and lonely and are just trying to find their way (I lived in London for two years and for a city with many inhabitants, it can seem so disconnected,) and to me, this was what the novel was about. London is so easily identifiable so I was immediately transported into the setting.

Overall, a great look at London living and a good study at some of its potential inhabitants who seem as real as the people I’ve shared the tube with. This book also has a cute cover to boot.

Higher Ed is published by Scribe on 27th August 2015. Thank you to Scribe for the review copy in exchange for an honest review. Higher Ed is available in most UK book shops. You can also buy from The Book Depository and from Amazon UK.

Check out the blog tour banner for information on the other stops on Tessa’s Higher Ed blog tour. The next stop is tomorrow and is over on Reviewed the Book. 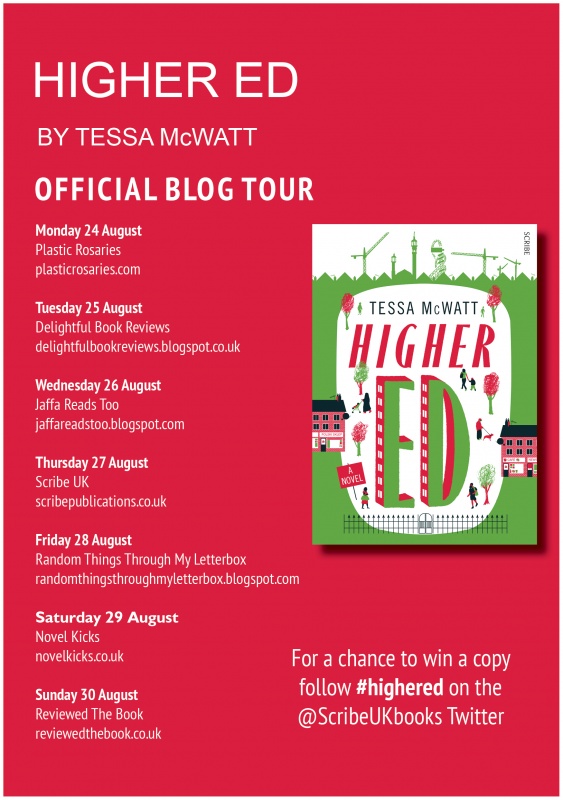