Blog Tour: It Started With Paris by Cathy Kelly 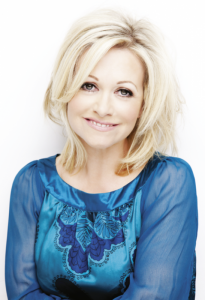 We are so happy to be welcoming Cathy Kelly to our blog today and her blog tour for her new novel, It Started With Paris (released by Orion on 9th October.)

Hello Cathy. Thank you so much for joining us. Can you tell us a little about your new book, It Started with Paris and how the idea originated?

Hello! I begin to think about one book when I’m half-way through another one and during the writing of The Honey Queen, I began to think the classic writer thing of ‘what if…?’ In this case, it was what if I wrote about women who had gone through divorce or were alone through widowhood and looked at how their lives had changed and how they found love again. So then I came up with lovely 29-year-old Leila, who has a glam job in the film industry and was married to love rat Tynan, who got up one morning and walked out – for someone with legs up to her armpits. Nightmare, right? Then there’s Grace, in her fifties, who is divorced and has a really civilized relationship with her ex, so that they spend a lot of time together when their son gets engaged and Grace looks at her ex (who is happily with another woman now) and wonders: ‘Did we split up without trying hard enough?”

And finally, there’s American mum-of-one, Vonnie, who lost her husband tragically, came to Ireland so she’d be able to live without expecting to see him all the time, and she falls in love with a man who was married – and whose ex-wife is not so happy with it all. Basically, the book is about how life is never black and white, how relationships are wonderful and sometimes difficult, and hopefully, there’s plenty of humour and hope.

A very strong cup of coffee with a decreasing amount of sugar. I am trying so hard to give it up because it’s so bad for you – wrinkles, inflammation, the list goes on – but I LOVE it. I bring my sons to school, come home, stick on the washing, do my emails, then make a decent cup of coffee and write.

Do you plan much before writing a book and do you edit as you go?

I plan in my head because when I plan on notebooks, I often lose them! I have one yellow legal pad per book which stays on my desk for notes but I often get ideas away from my desk, which is where the deadly little notebooks (LOVE stationary) come in. I edit all the time. I never write a word in the morning until I’ve edited the heck out of whatever I wrote the day before – which I already edited as I wrote it.

Jo out of Little Women would be lovely as I adored her and identified so much with her when I was younger. 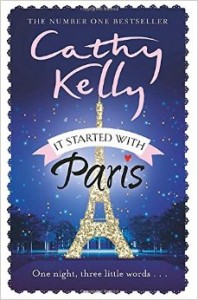 Which three books (out of all the ones you’ve read,) have stuck with you the most?

Gosh, veerrry tricky question. The ones that stay with you are, I think, the ones you read in your formative years and for that reason, I can recite entire tracts out of The Hitchhikers Guide to the Galaxy by Douglas Adams. Never worked when it came to school work, though. I adored the French writer Colette and Cheri, one of her novels, had a seminal influence on me in my late teens. Then…..Live to Tell by Imaculee Ilibagiza, a Rwandan author who survived the ‘94 genocide. I read this on the way to Rwanda as part of my work as a UNICEF Ireland ambassador and it is the most moving and powerful book imaginable. This incredible woman survived thanks to being hidden in a bathroom with many other women – they had to take turns sitting on the floor. Through courage and prayer, she came out of this horror and has turned what could be rage and anger into love and motivational speaking. It is an amazing book.

Immaculee herself, the Obamas, the former Irish President Mary Robinson, who does so much, and possibly the wonderful and sadly departed Maeve Binchy.

What are the five pieces of advice you’d give to new writers?

Don’t delete when you think you’ve written rubbish – it might be better tomorrow.

Edit, edit, edit; and read like a mad person.

Finally, write the book that’s in you and not the book you think either the publishers or critics will like. Honesty and from the heart is the way to go.

The tour continues tomorrow over at Shaz’s Book Blog.

Find out more about Cathy at her website – http://www.cathykelly.com