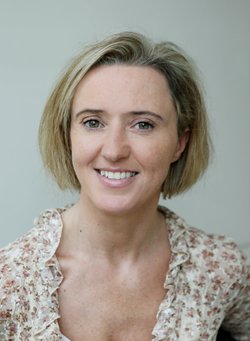 I am pleased to be welcoming Liz Nugent to Novel Kicks today and the blog tour for her new book, Lying in Wait.

‘My husband did not mean to kill Annie Doyle, but the lying tramp deserved it.’

Lydia Fitzsimons lives in the perfect house with her adoring husband and beloved son. There is just one thing Lydia yearns for to make her perfect life complete, though the last thing she expects is that pursuing it will lead to murder. However, needs must – because nothing can stop this mother from getting what she wants …

I’ve reviewed the book below but first, Liz chats to us about her approach to writing psychological thrillers. Over to you, Liz….

I have always been interested in the psychology of killers. What makes them tick, how they deal with the horror of what they have done. Two books which were hugely influential were John Banville’s The Book of Evidence and Sebastian Faulks’ Engleby. Both were first person narratives about deeply flawed men.

I used to work on a TV soap opera and one day in a story meeting, we were discussing a character who had just killed somebody and I insisted that he must be extremely distressed and I said ‘You know the way when you dream you’ve murdered somebody and you wake up in the horrors?’ Everyone just stared at me and that was when I realised that I was the only one who had those nightmares. I kill people in my sleep! 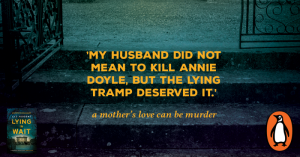 In real life, I am a pacifist and actively avoid confrontation, so I’m not sure from where this murderous side of my psyche comes, but I hope it has given me an edge when writing from the point of view of murderers!

Character always comes first for me. I must know my protagonist inside out before I write a single word. I will know their accent, tone, political opinions, fears, hopes, vulnerabilities and what they like to watch on TV. I don’t necessarily have to put any of these details in the book, but they are very useful background. 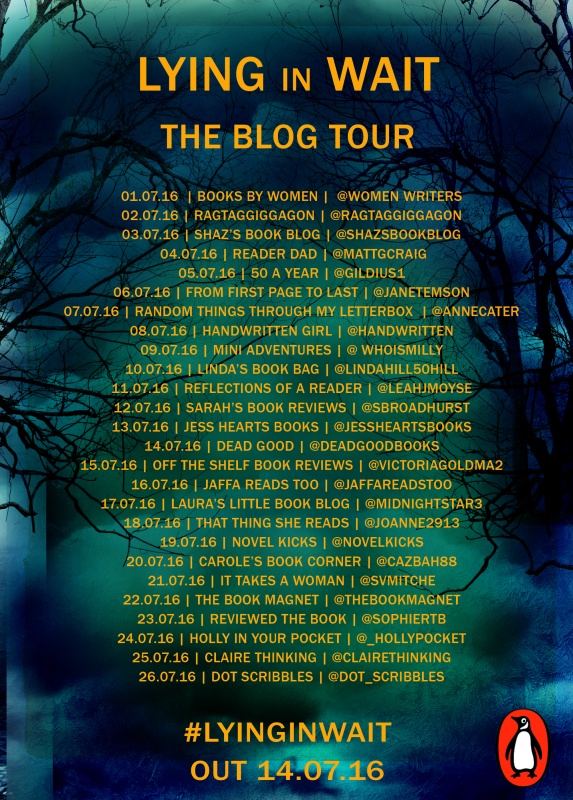 I find it relatively easy to get into the mindset of psychopathic characters like Oliver in Unravelling Oliver and Lydia in Lying in Wait. There is something quite liberating about writing from a point of view that is entirely selfish and without emotional connections, because they can say what they think without filtering it to see what might be acceptable to society. They are talking to themselves (and the reader).

I am constantly intrigued by the nature vs nurture argument. I prefer not to believe that people are born evil and so in the case of each of these characters, I gave them a background or childhood incident which could explain the emotional fractures within.

A lot of people have traumatic events in their early lives. The vast majority of them manage to overcome these obstacles and move on to live fulfilling lives. What separates Oliver and Lydia from us is that when faced with decisions, they make terrible, terrible choices whether on the spur of the moment, or as part of a grand plan. These choices are made out of desperation and have far reaching and devastating consequences for those around them.

I am no expert on writing psychological thrillers and I know that every writer takes a different approach, but this is how I go about it and I hope that might be interesting or useful to some readers. 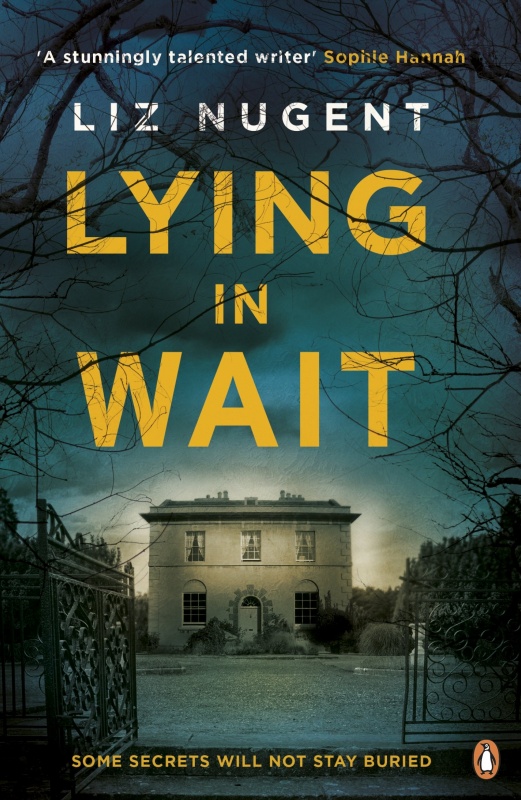 My verdict on Lying in Wait…

Andrew and Lydia killed Annie Doyle. From the first page we know there is a murder and we know who committed that murder. End of story right? No, what we get to see is the aftermath. We don’t know why they did it. We, as readers get to observe what these kinds of horrible secrets will do to the people who are keeping them. We see how toxic and ingrained secrets can get. It’s an interesting study about how people will rationalise their behaviour no matter who they drag in with them.

Lying in Wait begins with Annie’s murder in 1980. This book hits you right from the first line, ‘My husband did not mean to kill Annie Doyle, but the lying tramp deserved it.’ From that moment, I was hooked on this story. I wanted to know what happened and why and what was to become of all the people left behind.

All these characters are complex and flawed. There is one in particular that is evil but that is all I will say. I don’t want to give too much away.

Lying in Wait is a superb phycological thriller. It’s well written and cleverly plotted out. I throughly recommend. 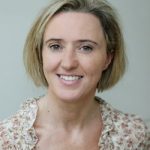 Liz was born in Dublin in 1967, where she now lives. She has written successfully for soap opera, radio drama, television plays, short stories and animation for children.

Liz’s first novel Unravelling Oliver was published to critical and popular acclaim in March 2014. It quickly became a firm favourite with book clubs and reader’s groups. In November of that year, it went on to win the Ireland AM Crime Novel of the Year at the Bord Gais Energy Book Awards and was long listed for the International Dublin Literature Prize 2016. She was also the winner of the inaugural Jack Harte Bursary provided by the Irish Writers Centre and the Tyrone Guthrie Centre in Dec 2014.

Aside from writing, Liz has led workshops in writing drama for broadcast, she has produced and managed literary salons and will curate the literary strand of Skibbereen Arts Festival in July 2016.

Her second novel, Lying in Wait, was released by Penguin on 14th July 2016.

The tour continues tomorrow over at Carole’s Book Corner: http://carolesbooks.blogspot.co.uk