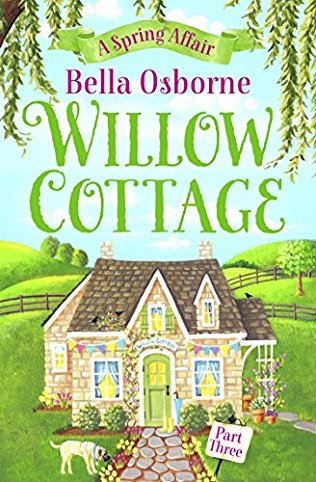 Big lovely hellos to Bella Osborne who is back on Novel Kicks with her blog tour for the third instalment of her Willow Cottage series. It’s called A Spring Affair and was released by Avon on 23rd March 2017.

Beth is running away. With her young son Leo to protect, Willow Cottage is the lifeline she so desperately needs. Overlooking the village green in a beautiful Cotswolds idyll, Beth sees a warm, caring and safe place for little Leo.

When she finally uncovers the cottage from underneath the boughs of a weeping willow tree, Beth realises this is far more of a project than she bargained for and the locals are more than a little eccentric! A chance encounter with gruff Jack, who appears to be the only male in the village under thirty, leaves the two of them at odds but it’s not long before Beth realises that Jack has hidden talents that could help her repair more than just Willow Cottage

Willow Cottage is part of a serialized novel told in four parts, following the journey of Beth and her new life in the Cotswolds. The full book will be out next this August, but for now, enjoy Willow Cottage seasonally.

With her top five spring inspired movies, it’s over to you Bella. 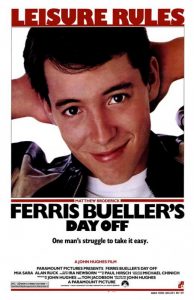 Hi Novel Kicks, Thank you for having me on your blog today.

Part 3 of Willow Cottage is set in springtime so that got me thinking about films that are set in the spring and there really aren’t many that spring to mind (apologies – no pun intended).

When it comes to seasonally focused films winter and Christmas seem to have the monopoly. However, after dusting off my DVDs I came up with a list of five films I love that even if they aren’t specifically set in spring they certainly make me think of that time of year.

This is of course a modern classic – charming and hilarious. It’s what we all hoped we would do with an unplanned day off school. Ferris has some good advice for us all – ‘Life moves pretty fast. If you don’t stop and look around once in a while, you could miss it.’ Ferris Bueller 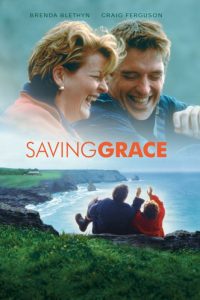 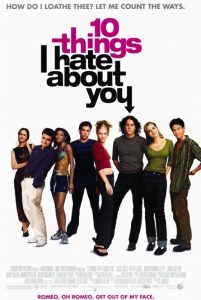 I love this film. It stars Brenda Blethyn as recently widowed Grace who suddenly discovers that her husband was on the brink of financial ruin and she is about to lose her home. Fear not, this is most definitely a comedy and a very sweet one at that as Grace puts her green fingered skills to great use with some interesting plants!

Heath Ledger at his most gorgeous but watching him always leaves a tinge of sadness. A modern day version of Taming of the Shrew based in an American High School – what’s not to love?

My favourite Nora Ephron film staring Tom Hanks and Meg Ryan and based around the cutest bookshop in New York. Romantic comedies don’t get much better than this! 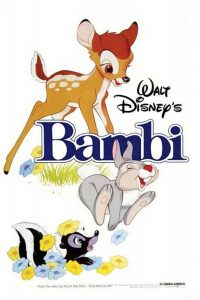 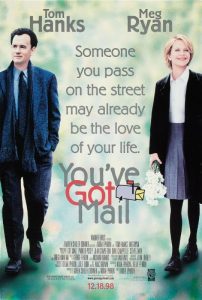 This film most definitely features springtime, who could forget the song ‘Let’s sing a gay little spring song’! As long as you can see past the upsetting scene with the hunter it remains a Disney classic and with Bambi, Thumper and Flower all pairing off it has a lovely romantic element to it too. *sighs deeply*

So just in case it doesn’t quite look like spring outside, grab a fun film and escape until the weather catches up. 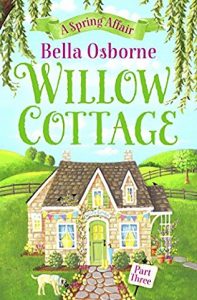 Our verdict on A Spring Affair:

At last we come to Part Three of this intriguing series by Bella Osborne and now; when does the fourth and final part come out? That should tell you all you should need to know about how much I enjoyed catching up with the adventures of Beth and Jack.

This part is packed with action and ends upon a humdinger of a cliff-hanger. What are you doing to me Bella!

Edging closer as a couple, Beth misunderstands things she’s heard about Jack and a wedge is driven between them that even the truth about Jack fails to entirely overcome. Her paranoia isn’t helped by Nick, her controlling ex, turning up and throwing a huge spanner into the works. Despite this, Beth goes to London to help her friend Fergus with his surprise engagement proposal to Carly. All goes well until Fergus is hospitalised. Eventually able to get back home to Willow Cottage, Beth learns that Nick has been sniffing around again and after a scare at home, settles in for the night little knowing the danger she has unwittingly put herself in.

Ms Obsorne delivers another excellent slice of life full of wonderful characterisation and situations and continues to show why she has rapidly become one of the major Romance writers in such a short time.

Bella has been jotting down her stories for as far back as she can remember… well that’s not exactly true. She remembers writing a story when she was about nine and was in Mrs Hurran’s class. The story was about a thief who stole the crown jewels but then didn’t know what to do with them.

In November 2014 she secured a two book contract with Harper Impulse, part of the Harper Collins Group. Her first novel ‘It Started at Sunset Cottage’ was published in ebook format on 12th February 2015 and paperback on 23rd April 2015. A revised cover saw it re-released under Harper Collins Avon on 27th August 2015. It went on to be shortlisted for the Joan Hessayon New Writers’ Award and the RNA Contemporary Novel of the Year 2016.

Her second book ‘A Family Holiday’ was published Summer 2016 and her third novel ‘Willow Cottage’ is being released in four digital instalments ahead of the whole story being published summer 2017 with the latest, A Spring Affair released earlier this month.

She is also on Twitter. Go and say hi. She’s lovely: https://twitter.com/osborne_bella 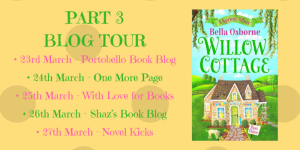