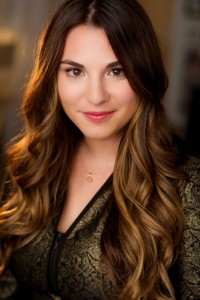 I am very excited to be welcoming Victoria Aveyard to Novel Kicks. Her novel, Red Queen was published by Orion on 2nd July and we are so happy to be a part of the blog tour. We review the book and also have a chat with Victoria but first, here’s the blurb:

This is a world divided by blood – red or silver.

The Reds are commoners, ruled by a Silver elite in possession of god-like superpowers. And to Mare Barrow, a seventeen-year-old Red girl from the poverty-stricken Stilts, it seems like nothing will ever change.

That is, until she finds herself working in the Silver Palace. Here, surrounded by the people she hates the most, Mare discovers that, despite her red blood, she possesses a deadly power of her own. One that threatens to destroy the balance of power.

Fearful of Mare’s potential, the Silvers hide her in plain view, declaring her a long-lost Silver princess, now engaged to a Silver prince. Despite knowing that one misstep would mean her death, Mare works silently to help the Red Guard, a militant resistance group, and bring down the Silver regime.

But this is a world of betrayal and lies, and Mare has entered a dangerous dance – Reds against Silvers, prince against prince, and Mare against her own heart . . .

Hi Victoria. Thank you for joining us. Can you tell us a little about Red Queen?

RED QUEEN is the story of Mare, a girl who lives in a world divided by blood, split between normal redbloods and superpowered silverbloods. Even though she’s normal, bleeding red, Mare discovers she can control electricity, an impossibility that plunges her into a devastating court of betrayal, danger, and corruption.

Do you have any writing rituals (do you plan much, need lots of tea, writing in silence etc.) 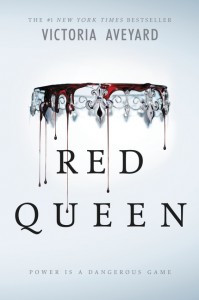 Mostly I just need time. If I know I have to be somewhere in an hour, I find it really hard to buckle down. I do like to have music, and I craft playlists depending on the project.

The Lord of the Rings by JRR Tolkien, the entirety of A Song of Ice and Fire by George RR Martin, and a really, really good history of the world book that was preferably super long and detailed. I kind of cheated on this one.

Is there a fictional character you’d like to meet and what would you talk about?

I would love to meet Princess Leia from Star Wars. Growing up, she was my ultimate heroine. I even had the combat gear Leia action figures to play with! I’m not quite sure what we would talk about – probably the Rebellion, maybe trade theories on how to piece the Republic back together? I’d also nudge her to take up some Jedi training.

Your advice for new writers?

Devour stories. Nothing helps you become better than by reading or seeing better. And go for things across the board. Sticking to genre gets stale, and then makes you stale. Of course, write as well, but don’t forget to live life outside the writer cave.

Our Verdict on Red Queen:

I found the premise for this book very intriguing – the idea of a class system based on the colour of your blood. It’s a story of love, betrayal and power.

Mere very much wants to escape the fate that awaits her but not in the way she eventually manages it. She is a great, strong female lead but in a world where Silvers are the elite, she is also vulnerable. This is a world where no-one is who they seem. I liked most of the supporting characters; Cal in particular. I loved to hate the Queen and Evangeline. Both were great villains. I did have my suspicions about a couple of characters in particular and I wanted to read on to see whether their roles in the story were what I thought. There were many surprises in this novel. I just wanted to continuously read to see what was going to happen.

The imagery in this novel is so vivid. I really felt like I was being transported into the world Victoria has created. For a novel that features technology (cameras for example,) in my opinion it had a great medieval feel to it and I loved that. It brought such originality to the story.

There are many plot twists and turns and it’s fast paced. It takes a few chapters for the characters and story to be established but once this is done, it doesn’t stop. I didn’t find myself getting bored which has been the case with some other books I’ve read in this genre.

Red Queen is captivating, action packed and heart-breaking. There were moments where I gasped out loud as I couldn’t quite believe the behaviour of some of the characters.

This book is a brilliant start to what is promising to be a superb series and I am very much looking forward to book two. The film rights have also been optioned too – can’t wait!

(Red Queen by Victoria Aveyard is published by Orion, 2nd July 2015. Thank you to Orion for the review copy.)

The tour for Red Queen continues tomorrow over at Jess Hearts Books.

Red Queen is available in most UK book stores. Click to view on Amazon UK.

Find out more about Victoria at her blog: http://victoriaaveyard.blogspot.co.uk or you can follow her on Twitter: https://twitter.com/VictoriaAveyard