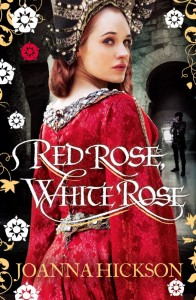 Ralph Neville’s first wife had given him seven children and then died giving birth to the eighth. We might think today that he didn’t really need any more children but he obviously decided he needed another wife and Joan was very beautiful. She had also just been declared legitimate after her father John of Gaunt, Duke of Lancaster married her mother, his long-term mistress Katherine Swynford, making Joan a trueborn Lancastrian princess. Not only was she a good catch, she was also extremely fertile and went on to provide her new husband with fourteen more children, of which Cicely Neville was the last. No contraception in the fifteenth century – or at least none that worked!

Having the ear of the king, who controlled all marriages among his nobles, the Earl of Westmorland managed to arrange increasingly advantageous matches for the children of his second family and one of his last acts before he died was to betroth nine-year old Cicely to the richest heir in England, young Richard Plantagenet. At age thirteen this lucky Richard had not only inherited the dukedom of York from his uncle but also the vastly wealthy earldom of March from his cousin, both of whom had died childless. Her marriage made Cicely one of the highest-ranking and wealthiest women in the kingdom but, as a granddaughter of the first Duke of Lancaster, it also landed her in a very awkward position when the White Rose of York challenged the Red Rose of Lancaster for the throne. Also, being the youngest of twenty-two children, she did not know the offspring of her father’s first marriage when she chanced to meet one, nor was she aware that his intentions may not be entirely honourable… I hope you agree that the plot thickens!

To find out more about Joanna and her novels, click here to visit Harper Collins.