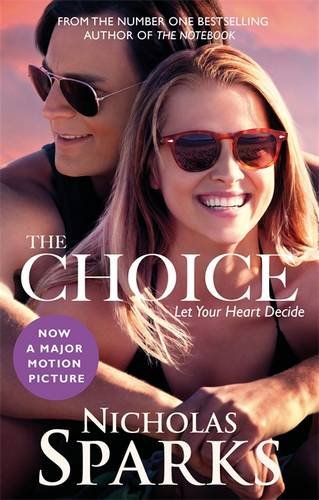 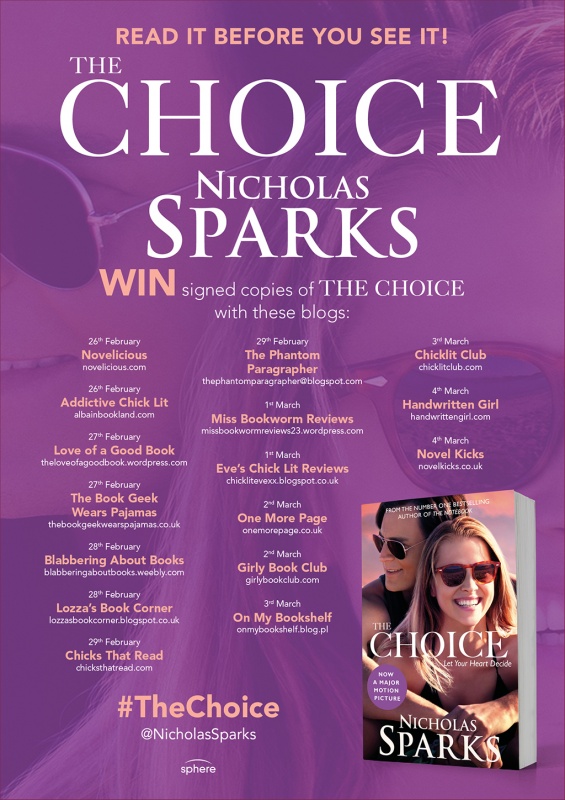 The narrative for this book is a little unusual and doesn’t follow the usual linear pattern. It’s split into two sections and it’s more of a look at this couple at two specific times in their lives. It’s a look at how they met and then where they are many years later.

Travis is what I would call the Nicholas Sparks hero; tall, handsome, all around loveable guy and he was the perfect male lead. I definitely want to be in his gang. Travis is very endearing. Gabby takes a bit of getting to know. She doesn’t give much of her self away to begin with. The other supporting characters are great fun, Stephanie in particular and they all lend humour and warmth to the story.

The plot itself isn’t maybe as action packed as some of his other novels but I still very much enjoyed it. It was a lovely, gentle glance at this couple as they fall in love. It’s a great romantic story and I liked it as much as The Notebook and See Me which means I liked it a lot. The only thing I will say is that I am trying to decide whether I liked how the ending was handled. I won’t say anymore as I don’t want to give it away.

Overall, I loved The Choice. It’s perfect for fans of Nicholas Sparks and lovers of romance (for your Mum for Mother’s Day?) I am very much looking forward to seeing the film.

(The Choice by Nicholas Sparks was released by Sphere on 11th February 2016 and I thank the publisher for a review copy.)

81 Responses to Blog Tour: Review and Win a Signed Copy of The Choice by Nicholas Sparks