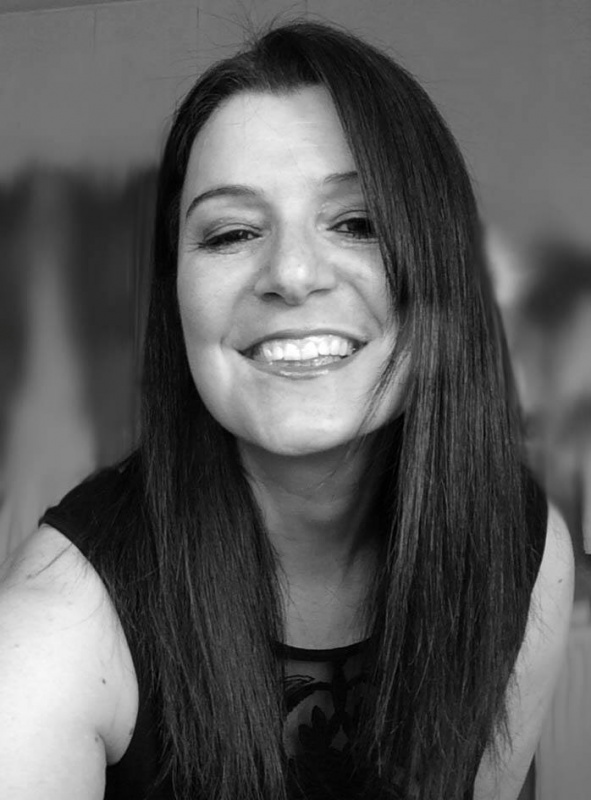 I am very pleased to be welcoming author, Kelly Florentia to Novel Kicks today. I’ve reviewed her debut novel, The Magic Touch below but first, I get to chat to Kelly about her novel, her writing process and Eric Bana.

Hi Kelly. Congratulations on the release of your new book, The Magic Touch, Can you tell me a little about it and how the idea originated?

Hi Laura, thanks for your good wishes, and thanks so much for having me on your blog today. The Magic Touch is my debut novel, so it’s an incredibly exciting time for me. It’s a paranormal romance about a 39-year-old divorcee who seems to have slipped into complacency with her partner of five years. Perfectly normal, she thinks, for couples who’ve been together for several years. But then when she stumbles across a flirtatious text message on her boyfriend’s mobile phone from a female colleague, sparks fly. Emma’s sole aim is to get to the bottom of Harry’s secret affair, which she does with the help of friends, her ninety-three-year-old neighbour, and a little intervention from a psychic App, The Magic Touch.

The idea for the story came from my fascination with mobile phone applications. There seems to be an app for everything these days. My phone is bursting with them – from social media apps to photography apps. I even plan my week around a weather app (I’ve got three, by the way). Then I thought, what if there was an app that could predict your future with alarming accuracy, what then? And The Magic Touch was born. I enjoy writing about everyday issues that people can resonate with, to a point. So, I based the novel on a couple who suddenly find, after five years together, that they want different things in life, and I went with it.

Can you tell me about what your typical writing day is like?

On a writing day, I’ll grab a coffee, fire up my computer and start tapping away at my keyboard. Of course, this is punctuated by a thousand tweets, a hundred Facebook posts and constantly checking my email.

How do you approach the process – do you plan much, edit as you go? Any rituals?

I’m a planner. I can’t write the story unless I know what’s going to happen, and I have to be incredibly excited about the ending before I can even begin. I get the first draft down quite quickly and then I start editing. Probably three drafts in total. I don’t have any rituals, I’m quite boring, apart from necking copious cups of coffee, but that’s normal, right?

Where do you like to write and do you prefer to write in silence or noise?

I like to write in my office on my desktop. It’s a small room and doesn’t have many distractions, so I can just get on with things. I live on a main road so it’s never really quiet but I can’t work with any background noise – apart from the constant hiss of traffic! 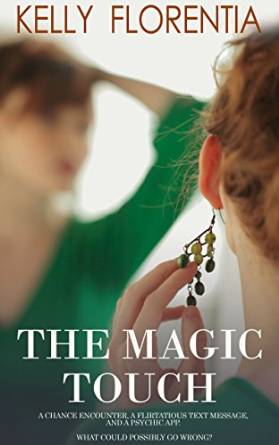 Do you cast your characters and if so, who did you have in mind for Emma, Marc and Harry?

Yes! For Emma King, I envisaged the beautiful actress Julianne Moore, although Emma is a fair bit younger than her, I had the British actor David Witts in mind for Marc and for Harry Georgiades it was the gorgeous Eric Bana.

How long did it take you to write The Magic Touch?

What song would best describe you?

I value friendship, so it would be Count On Me by Whitney Houston.

If you had a magical power, what would you like to have and why?

The ability to heal with a gentle hug, because there’s far too much suffering in the world.

If you were told you were only allowed to own three books, which three would you pick and why?

The Picture of Dorian Grey by Oscar Wilde – because it’s a work of art and has some excellent one-liners.

The Lion, The Witch and The Wardrobe by C.L. Lewis – because it’s my all-time favourite children’s book.

Bridge Jones’ Diary – The Edge of Reason by Helen Fielding – because it’s just so funny.

What five pieces of advice do you have for someone who is thinking about writing a book?

Join a writer’s forum or group

Read, read, read – across all genres 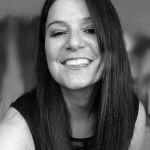 Kelly has always enjoyed writing and was a bit of a poet when she was younger. As well as writing features and articles for commercial websites, she has also just gained a three book deal with Accent Press. Her debut novel, The Magic Touch was released on 24th March 2016. Her second novel, Broken will be released on 20th August 2016. Kelly currently lives in North London with her husband, Joe.

You can find out more about Kelly Florentia at www.kellyflorentia.co.uk 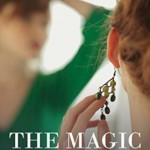 About The Magic Touch:

Marriage isn’t high on 39-year-old Emma King’s list of priorities; after all, she’s been there and done it once. So there are no big surprises when, yet again, she turns down her long-term partner Harry’s marriage proposal. They’re a solid, secure couple – a piece of paper won’t make any difference. That is until she accidentally stumbles across a flirtatious text message from one of his female colleagues on his phone. Overcome with suspicion and an impending fear of losing Harry, Emma goes on a quest to get to the bottom of his secret affair with the help of her ninety-three-year-old neighbour, Alistair, her best friend Ola, and Harry’s sister-in-law’s psychic app, The Magic Touch.

Emma is in her late thirties, is an illustrator and has been in a long-term relationship with Harry. Although their sex life has stalled, Emma believes herself to be in a steady relationship. This is until she finds a flirty text message from a mystery woman on Harry’s phone.
With the help of her neighbour Alistair, her best friend Ola and a physic app called The Magic Touch, Emma sets out to find out whether she’s right to feel suspicious of Harry.

I was very intrigued by the premise of this novel. I’m not sure if I believe in mediums but the subject also fascinates me at the same time.

Emma is a likeable but frustrating character. I think i did shout ‘what are you doing’ out loud to her at one point. However, I couldn’t help but like her and feel empathy for her. She does get a lot of stuff thrown at her throughout the book.
There is a lack of communication in her relationship with Harry and I did hope from the beginning that they were going to be ok although I did want to bang their heads together at various points. I do love it when I get this invested in the characters.
The supporting characters are great. Alistair is very charming in particular and probably one of my favourite people in the book.

Kelly’s style of writing and the plot drew me in quickly. I read this over the course of a weekend. I couldn’t put it down actually. I found myself finishing the book in the small hours as I wanted to know what happened. I didn’t feel as though there were any slow moments in the plot. The pace is set well.

There were some moments in this book that had me laughing out loud, made me sad or had me gasping with disbelief. There were many aspects of the plot I didn’t see coming.

Overall, this book is compelling, warm, funny and well written. It has a lot of heart. A great debut from Kelly and I’m looking forward to reading her next novel.

2 Responses to Blog Tour: The Magic Touch by Kelly Florentia