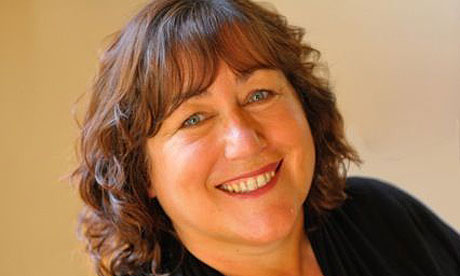 Hello Rachel, thank you for joining us. We’re delighted to be part of your blog tour. Your new novel is called Stranger Child. What’s it about and what inspired it?

If I had to find one word which sums up what Stranger Child is about, it would have to be revenge – but that nowhere near covers it.
Emma Jacobs met David – now her husband – several years ago, but they lost touch when she went to Australia. When she came back, she was horrified to learn that David’s first wife had been killed in a car accident, and his six-year-old daughter had disappeared from the scene. Now, six years later, Emma and David have put the past behind them and are happily married with a new baby, Ollie.
And then a stranger walks into their lives, and their world falls apart.
Emma discovers things about her own past that shock her, and when she contacts her old friend DCI Tom Douglas for help, their pursuit of the truth sets in motion a series of terrifying events that neither of them could have imagined.
Emotions run high in this book, and each of the main characters has to face a dilemma that nobody should ever have to deal with.

Can you tell us a little about your route to publication?

I am extremely fortunate in having an amazing agent who really looks after me well. I start with an idea of the story and the characters, and I send it to her. She mulls it over and comes back with the things she likes and the things she hates, and somehow or other we knock the outline into shape.
And then I write. I do nothing else – just sit at my desk and write. I love it, but the first draft is always pretty dire. However, it creates the framework, and from there I can go back and work out the detail.
When I’m happy, it goes for first edit – and I know that there will be lots of changes to be made. These are structural – sometimes quite major – but always good. There are a couple of rounds with the editors, and then it goes to line edit where we argue about the detail. Is this sentence necessary? Would we lose anything if we chopped out this paragraph? Then finally the copy edit – when I’m always surprised at the little details that I’ve missed.
We have Advance Review Copies prepared in paperback – this is something we have started with Stranger Child – and my publicists send out copies to anybody who is keen to review the book.
And as an independent author, I also have to think about the marketing, the cover, the blurb – it’s very much a full time job at every stage.

Do you plan much before beginning a novel? Which elements do you need in place before you start?

I am a slightly obsessive planner. I know some people believe it’s better not to know the end of a story when you start to write, but I don’t get that. My characters have to know what they’ve done, or what they’re thinking of doing. Otherwise they wouldn’t be true to themselves throughout.
So I need a fairly clear idea of the whole story, from beginning to end, with the twists and turns. But even more than that, I need to know my characters. I need to understand what motivates them, and how they can justify some of the things that they do.
I know what they drink, eat, and how they dress. My characters aren’t monsters (in general) – they are people that any one of us might know, but at some point the worst parts of their personalities may well take over, and they behave unacceptably – possibly dangerously. So I need to know them inside out so that I understand what buttons have been pressed to make them do such terrible things.

My favourite word is detritus. I have no idea why. I think it LOOKS like a nice word – but you can use it in so many ways where a reader will instantly understand what you mean. ‘The detritus in the bottom of her handbag’ – every woman knows what that looks like. ‘The dark tunnel was strewn with the detritus of too many people, sleeping rough.’ Completely different sort of detritus, but we all know exactly what it looks like.

Out of all the books you’ve read, which three novels have made the most impact?

The most impact by far was Daphne du Maurier’s Rebecca. I loved the idea of so much being hidden, and nothing being the way we were supposed to believe it was. But most of all, I loved the idea that sometimes good people do bad things – and maybe for the right reasons. This is something I’ve tried to introduce into my own books.

Coming right up to date, The Girl on the Train by Paula Hawkins made a terrific impact, not only because it was such a great book, but because I wish I’d written it myself! I’m sure I wouldn’t have come up with anything anywhere near as imaginative, but I have spent years on trains, looking into people’s windows and wondering about their lives. My first book, Only the Innocent, was going to begin with the main character on a train, looking into people’s houses. The moment has passed, obviously – but what an excellent book.
Finally, Far from the Madding Crowd by Thomas Hardy. I read this when I was at school, having read Tess of the D’Urbervilles as a set book. I thought Gabriel’s sheep being driven over the cliff was the saddest thing I had ever read.

Nope – none at all. But I do have editing rituals that involve far too many Jaffa cakes (I’m going to have to stop that this year). I absolutely love editing. To start with, it’s a nightmare because it seems such a huge task to sort out the comments on structure and character. I sit and stare at the screen, and then I need sustenance. There’s nothing better than Jaffa Cakes. I can easily get through a packet in an afternoon if my brain is being really stretched.
As far as writing is concerned, though, I just sit down and start to plan it out, and then when I have a plan, when the characters have grown in my mind so that I feel that I know them, I start to write. Not a ritual in sight.

Which fictional character would you like to swop places with for a day and why?

Scarlett O’Hara – because I would just grab Rhett Butler and get on with things instead of mooning around over Ashley Wilkes. I would change the outcome of the book. It would still be turbulent – how could it not be – but it would be far less frustrating.

Who would you invite to a fantasy dinner party and what food would you serve?

Hugh Laurie – because anybody who can play House, appear in Black Adder and be a hell of a musician as well must be incredibly interesting.
Julie Walters – because I imagine she can be serious when necessary, but if things get too heavy she’ll say something hysterical.
Dolly Parton to take the mickey out of life in general and give us all a bit of a song (and maybe even get us all dancing, if we’ve had enough wine).
Judi Dench, because she’s a great actress, but also does appear to be good for a laugh.
Clive Owen – for no good reason except that he’s Clive Owen
Graham Norton – because if anybody tried to be serious, he would take the mickey relentlessly.
As you can see – I’m not looking for intense conversation here – just some very bright people who don’t take life too seriously (I don’t actually know if that’s true about Clive Owen, it has to be said).

As for food I’d probably do:
Individual four cheese lasagne with asparagus
Fillet of beef in a soy honey glaze
Spiced pear tart tatin with home made vanilla ice cream

And plenty of wine!

Five tips for new writers
– Write because you love it. Sometimes, people tell me they’re going to write a book because it has to be easier than working (not true) and it’s an easy way to make money (equally untrue). I think you have to write for the sheer pleasure it gives you, because there are no guarantees of fame or fortune with any book.
– Take it seriously. If you want people to read your book, I think it’s essential that you make the effort to ensure it’s as good as it can be – and that means having it properly edited, not just proof read.
– Be kind to other writers. They will be your best friends, and are an incredibly supportive bunch. Don’t fall into the trap of thinking that writing negative reviews for the competition is going to help – promote other authors’ books if you think they’re good.
– Unless you’re lucky enough to get a huge advance and a guaranteed marketing budget from a publisher, accept the fact that you’re going to have to do a 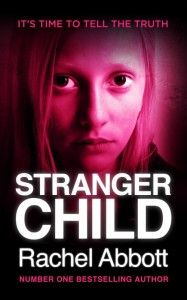 HUGE amount of work if your book is to get recognised.
– Enjoy, enjoy, enjoy. There is no better feeling than writing a sentence and thinking ‘did I really write that?’ or seeing your book displayed in its full glory on screen or in a shop.

Rachel Abbott was born just outside Manchester, England. She spent most of her working life as the Managing Director of an interactive media company, developing software and websites for the education market. The sale of that business enabled her to take early retirement and fulfil one of her lifelong ambitions – to buy and restore a property in Italy. But even in Italy the winters can be cold and wet, and so Rachel decided to fill those dismal days by fulfilling another ambition – writing a psychological thriller! ONLY THE INNOCENT, her first novel, was more successful than she could ever have imagined, and it enabled her to change her life yet again, and become a full time writer. Her third novel, SLEEP TIGHT, was released on 24th February 2014 and was her third number one. Stranger Child, Rachel’s latest book, is due for release on 24th February 2015.

Rachel can be found at http://www.rachel-abbott.com

One Response to Blog Tour: Writing Rituals and Inspriations by Rachel Abbott