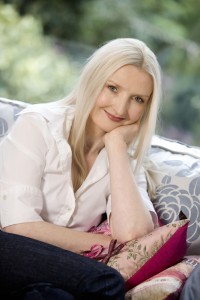 I was HUGELY excited to be asked to take part in Claudia Carroll’s blog tour for her new book, Me & You (Avon, 1st August 2013.) In her guest post, exclusive to Novel Kicks,  Claudia talks about writing her two main characters, Angie and Kitty…

Just to tell you a wee bit about the book, ME AND YOU, it all centres around a heroine called Angie, who’s arranged to meet up with her best friend Kitty at a swanky health spa…only Kitty stands her up. No answer to her mobile or house phone, absolutely nothing. Which is so not like her.

So Angie of course, does what any concerned pal would do, spirals off into a complete tailspin of panic.  Calls just about every mutual friend they have, who all say, ‘but we thought Kitty was with you!’ Turns out though that no one has seen her in days, so Angie calls Kitty’s boyfriend Simon and between them they start searching, but yet again nothing. Just dead ends everywhere they turn.

Course, pretty soon their initial concern morphs into full-blown panic. So in desperation, Angie and Simon go to the police and pretty soon, a nationwide search follows. But bubbling under it all is a whole other development; Simon and Angie’s ever-growing closeness. They say two people who suffer a mutual bereavement will bond so strongly you can’t imagine, and coping with the trauma of a much-loved missing person is every bit as painful. Yet the closer they grow, the more Kitty is like a constant shadow lying between them. Almost like a latter-day Rebecca.

Next part of the story is the same day retold all over again, except this time entirely from Kitty’s point of view. And we learn the whole reason why she disappeared when she had to and most importantly of all, the real reason why she can never divulge the truth to her former boyfriend and best friend. Two people she still misses so much it hurts.

By now, Kitty is living and working in Capetown, with a whole new name, identity, life. But the pull of home, even after all these years is still overwhelming. So when dramatic events suddenly propel Kitty back to her old life and when she finally has to face up to her past and loved ones she’d no choice but to walk away from…then what next?

And no, I’m not telling you any more! But just to chat about my two central characters a bit, Angie is a sort of everywoman character really and in many ways I probably found her the easiest to write. She’s down-to-earth, funny, a little insecure about herself and has absolutely no confidence when it comes to guys, on account of her past experiences. (A lot of me in there, I have to confess!)

Whereas Kitty is the exact opposite. She’s everything Angie isn’t; she’s wild, abandoned, and spontaneous, one of those characters who just live for the present and don’t care about what tomorrow will bring. She has the irresistibly bright aura about her though and it one of those naturally charismatic people that everyone adores. The sort of woman that you look at and say, ‘wish I could be a bit more like her.’

Life would be a lot more interesting if there were more Kitty’s roaming the Earth, I can tell you.

Huge thanks to all at Novelkicks for letting me take part in your guest post and I’m absolutely praying you’ll all like the book now!