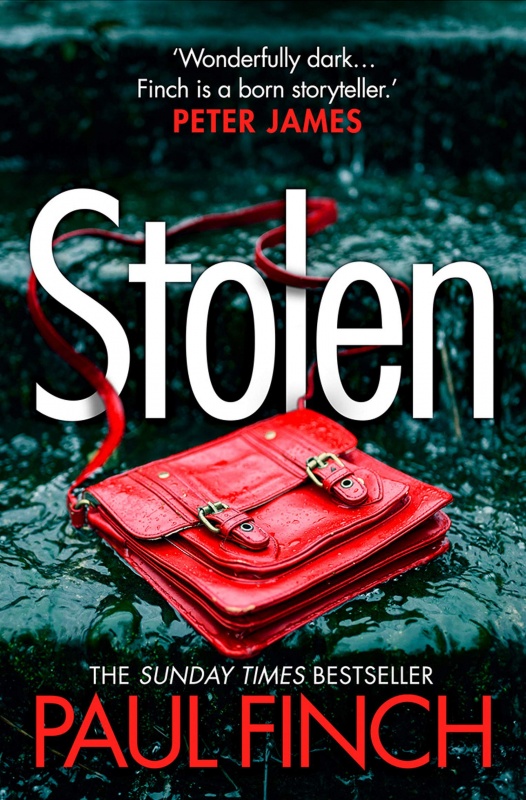 Hello Friday! It’s almost the weekend and what better way to celebrate its arrival than a visit from Paul Finch and the blog tour for his new novel, Stolen.

How do you find the missing when there’s no trail to follow?

DC Lucy Clayburn is having a tough time of it. Not only is her estranged father one of the North West’s toughest gangsters, but she is in the midst of one of the biggest police operations of her life.

Members of the public have started to disappear, taken from the streets as they’re going about their every day lives. But no bodies are appearing – it’s almost as if the victims never existed.

Lucy must chase a trail of dead ends and false starts as the disappearances mount up. But when her father gets caught in the crossfire, the investigation suddenly becomes a whole lot more bloody…

I’ve reviewed the novel below but before that, Paul and Avon have shared an extract.

Lucy was still in the thick of the action, though it was mostly over. On all sides, cautions were being issued, and the responses, mainly f-words and other more imaginative profanities, being recorded on dictaphone as the jostling, cuffed men were frogmarched to the farm cottage wall and held there, each by his individual arresting officer, while others commenced searching them. One resisted more than the rest, kicking out and spitting, and was given a backhander across the mouth for his trouble. Lucy wasn’t worried. When the evidence was finally presented, she doubted there was a magistrate in the land who’d be swayed by farcical complaints about police brutality.

Quite a bit of that evidence was on display inside the barn itself, when she went in there. The centrepiece was a purpose-built pit, squarish in shape, about ten yards by ten, dug to a depth of five feet and lined with brick, with a steel ladder fixed in one corner and a camera mounted on a tripod overlooking it, alongside an upright chalkboard scribbled with betting information.

Two dogs still occupied the pit. One, an American pit bull, charged crazily back and forth, jumping up to snap and snarl at the officers, despite the excessive blood dabbling its jaws and jowls. The other one, whose breed was uncertain, lay in a quivering, panting heap, gashed and torn and spattered with gore. 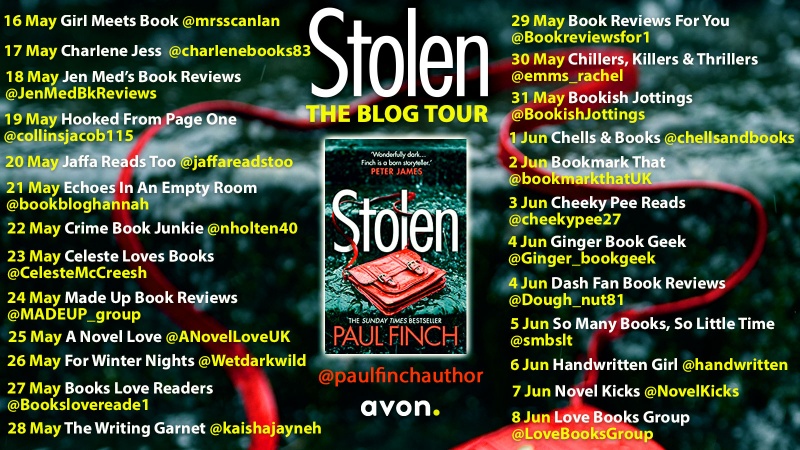 The PC moved away, just as acting DC Tessa Payne, a young black officer, formerly in uniform but currently on secondment to Crowley CID as a trainee, leaned in through a doorway connecting to another outbuilding. Like Lucy, she only wore light body-armour over her jumper and jeans and was in the process of pulling off her protective gloves and replacing them with latex.

Paul Finch studied History at Goldsmiths, London, before becoming a cop in the north west of England. He then let his passion for writing allow him to follow a career in journalism. Now a full time writer, he first cut his literary teeth penning episodes of the British TV crime drama, THE BILL, and has written extensively in the field of children’s animation. However, he is probably best known for his work in thrillers and horrors. 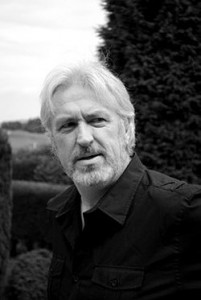 His crime debut novel, STALKERS, was a no 1 ebook best seller in 2013 and introduced DS Mark ‘Heck’ Heckenburg. This was followed in July 2013 by the sequel, SACRIFICE. He now has THE KILLING CLUB, DEAD MAN WALKING, HUNTED and ASHES TO ASHES in the series which is also published in Germany, Poland, Turkey, Hungary, Japan, Italy and Croatia.

In 2016 Heck took a break to be replaced by DC Lucy Clayburn. The opening novel, STRANGERS, became an immediate success reaching the top ten in the Sunday Times Bestseller list. This has been followed up with the second instalment for Lucy, SHADOWS.

Paul is no stranger to film either, having written scripts for several horror movies. Two of these, SPIRIT TRAP and THE DEVIL’S ROCK, were released in 2005 and 2011 respectively.

Wearing an editor’s hat, Paul is also responsible for the TERROR TALES series, a collection of ghost and horror anthologies exploring the folklore, history and geography of the various regions of Britain.

Paul Finch lives in Lancashire, UK, with his wife Cathy and their two four legged companions, Buck and Budd.

My thoughts on Stolen: 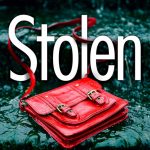 DC Lucy Clayburn is investigating a series of disappearances which suddenly become a lot closer to home. She has to get to the solution before it’s too late.

This is my first introduction to Lucy Clayburn. My husband usually steels these books to read before I’ve had a chance and he raves about them. I won’t normally admit this where my husband is concerned but in this case, he was right.

Although this isn’t the first novel in Lucy’s story, I had no problem with keeping up so it can be read as a standalone novel.

Paul Finch is a natural storyteller, pulling me immediately into the story. I pretty much devoured this novel to be honest. I would love to see this as a TV series. I could really visualise the setting, the people, the atmosphere and even the smells in some scenes. There were some descriptions I found quite hard to read but this added to the realism of the book.

The plot was unpredictable, fast-paced and was full of intrigue, tension, suspense and a collection of characters I loved and others I outright hated. It had parts that had me talking out loud in disbelief. I got very emotionally involved and once I’d finished reading the book, it took me a little while to come back to reality. Anyone who has really got involved when reading a book will know what I mean.

I have grown to love Lucy through this book and think she makes a great, strong, female character. She properly kicks butt. I will not say more about the plot as I really want people to discover this book without too many spoilers.

Anyone looking to get into a new book series, read this one. It’s amazing!

(Stolen was realised by Avon Books on 16th May. Click to view on Amazon UK. Thank you to Paul and Avon Books for the review copy.)