Book Extract and Review: The Juggle by Emma Murray 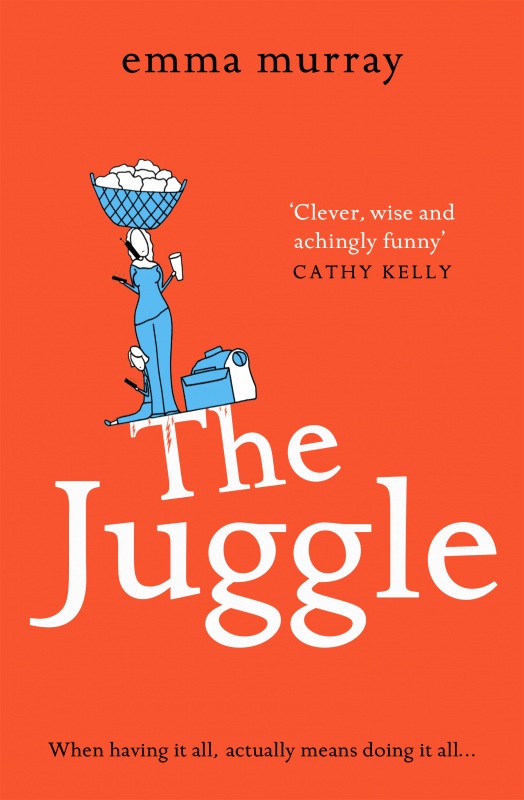 Happy publication day to Emma Murray. She is here today with her novel, The Juggle.

‘You can have it all,’ they said. ‘Happy children, happy marriage, great career – no problem,’ they said…

Mother-of-one Saoirse is just about holding it all together – combining part time work with the school run, while her husband David gets to focus on his career. But when David loses his job, everything has to change.

With no hesitation, Saoirse suggests she takes on the role of main breadwinner. After all, how hard can it be? And when a new client offers her a life-changing sum of money, Saoirse can look the other over-achieving Woodvale school-run mums in the eye with pride.

But there’s a problem with keeping too many balls in the air – eventually one is bound to drop. And when that happens – well, who knows what the consequences could be…

Laugh-out-loud funny, achingly relatable, but with a heart of gold, and warmth running through every page. This is the perfect read for anyone who has way too many balls in the air! The novel may or may not have been inspired by real life…

I have reviewed the novel below but first, to celebrate the publication of The Juggle and to help start the blog tour, Emma and Boldwood Books have shared an extract today. Enjoy.

My four-year-old daughter Anna has been at school for two weeks now, and frankly I’m already having second thoughts. For starters, I appear to always be late for pick-up and today is no exception. I grab my raincoat and keys and shut the door behind me. Two seconds later, I let myself back in again. I have forgotten to bring Anna’s snack. Last week I forgot her snack and she started screaming at me in the middle of the playground. The mortification was endless. I have lived in fear of a repeat of ‘snackgate’ ever since. So, I open the ‘cupboard of crap’, as my husband David likes to call it, and grab a packet of those flavoured cheesy cracker things that flight crew sometimes give you on the plane. I can’t even think of them now without feeling airsick.

Shoving the snack into my pocket, I walk out of the door a second time, and head down our street, pausing at the end as usual, antennae poised to scout for any sign of the Organics – another reason I am not exactly enthralled with Anna starting school. The Organics are a group of ‘supermums’ who only feed their children top-of-the-range organic food and judge other mums (like me) for giving their children total rubbish. They are also anti-screens – TV, iPads (or free babysitters as I like to call them) are out, and they frown upon full-time working mums (why have kids at all if you’re not at home with them 24/7?). Top of my list to avoid, of course, is Chief Organic Tania Henderson, hideous administrator of our local Facebook group, Vale Mums, but any one of her entourage of judgemental keyboard warriors is just as bad. Typically, most of the Organics’ offspring are now in Anna’s class, which makes them much harder to avoid. So far, I am relieved to see that the coast is clear. I shove my hands in the pockets of my light grey raincoat, surprised at the sudden drop in temperature. It’s mid-September and probably still around eighteen degrees, but after the scorching summer it seems a lot cooler. My phone pings. Then it pings again… and again. My stomach sinks. Multiple pings can only mean one thing. I reef my phone out of my pocket, hating myself for not having the willpower to ignore the messages. 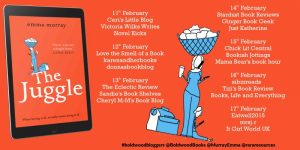 (Crying laughing emoji.) Don’t worry, we’ve all done it! He can share some of Heath’s yoghurt raisins instead.

Jane (Full-time working mum who I haven’t met yet):

I’m in work but I’m pretty sure our nanny packed some cheesy crackers for Holly if you want to add that to the mix.

So nice of you Jane, but I think those crackers might be a bit too salty for my LO!

And there it is, the classic Organics’ judgement. 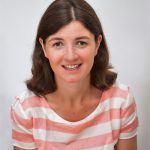 Emma Murray is originally from Co. Dublin and moved to London in her early twenties.

After a successful career as a ghostwriter, she felt it was high time she fulfilled her childhood dream to write fiction.

The Juggle was released on 11th February 2021 by Boldwood Books. Click to view on Amazon UK.

My verdict on The Juggle… 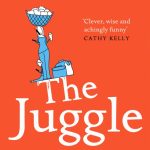 The Juggle was my first introduction to Emma Murray’s novels and main character, Saoirse but I feel it can be read as a standalone if you’ve not read the previous novel, Time Out.

From beginning to end, I was hooked. There were so many laugh out loud lines and moments. Emma Murray is great at finding the humour in any situation. I am not a mother but even I found Saoirse relatable as she tried to navigate through the daily demands of life. We’ve all been that person who is trying to work out how and where they fit in, like our main character every time she enters the playground.

There were characters I loved and ones (Tania) that I wanted to slap. I also didn’t know what to make of Sebastian to begin with.

The writing style is conversational, almost like you’re having a drink and a rant/laugh/catch up with your best friend.

That is all I am going to say about the plot. I am really hoping this is a book you will add to the ‘to be read’ pile.

It’s a touching story that’s hard to put down. It’s about friendship, motherhood, relationships and having it all. Plus, it’s outright hilarious. You and Saoirse most definitely have a new fan, Emma.