Book Extract: I Don’t Do Mondays by Colette Kebell 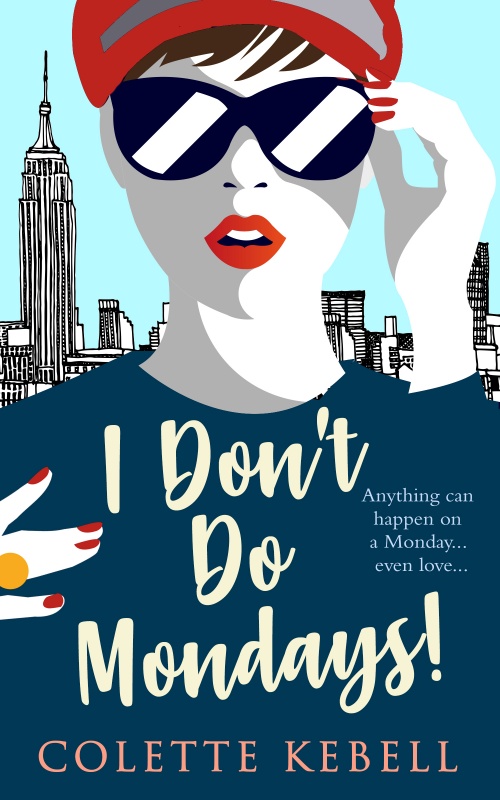 I am very happy to be welcoming Colette Kebell to Novel Kicks today. She’s here with the blog tour for her book, I Don’t Do Mondays.

Lawyer Mia’s picture-perfect dream life in New York is imploding. Her job has become too stressful, she’s exhausted from carrying her friends and what’s up with her striking, wealthy fiancé?

But when life-changing decisions force her to move to Maine, where she’ll face her often critical father and hard truths about what truly matters in life, she re-discovers a passion of her youth.

What begins as a low moment in her life quickly pushes her to consider what she genuinely wants and leads her down a new path where she must embrace the future and let go of the past.

Will this move help Mia to fix her life, once and for all, and will she finally find true love?

Colette has shared an extract today. Grab that drink, comfy chair and enjoy.

The woman was Amanda Parker, a beautiful twenty-three-year-old blonde who was lying naked on the bed in the master suite at the Waldorf Astoria. Her family had old money, and they made it clear she wouldn’t see a single penny of it. Her primary occupation was to party, doing the occasional modelling, and hoping to have another spot in a celebrity magazine. Which one, was not important.

‘How come? It’s not that you have to get up and go to work.’ Carlton Allerton, owner of Allerton Groceries, and worth several billion in assets, although mostly made by his grandfather, was the man sharing her bed.

‘I don’t know. People always disappear, rushing to go to work. Monday morning is dead. Too quiet for my liking.’

People have to work for a living, albeit most of us, but he didn’t say it out loud. The last thing he wanted was to start a quarrel. Amanda could be temperamental.

Instead, he said, ‘What about having a shower together? We’ve been lying here doing nothing since six.’

‘Nothing since sex, you mean. Are you checking the time?’ Amanda asked.

‘Not at all, but I’m getting hungry, and I still need to fully wake up.’

‘You didn’t seem asleep when we were making love,’ she teased him.

‘Give me a break, Amanda. You know very well this is borrowed time. We can’t keep going like this.’

The woman suddenly looked him straight in the eye, her voice now firm and sharp. ‘Then do something about it.’ It wasn’t the first time they’d touched that topic, and most likely not the last one.

Carlton sat on the bed and turned the television onto Bloombergto see the latest news on the Asian market. A man in a suit and a yellow bow tie was explaining why the Nikkei had slipped, reversing early gains from the past few weeks. The Federal Reserve meeting was due in a few days, and the investors were cautious.

‘I know you care more about your money than me.’ Amanda’s expression stiffened. ‘And don’t give me that crap that you have to work this morning. You’re dodging the issue. This is you; always avoiding confrontation whenever you can.’

Carlton got up from a bed that was far too large for only two people and walked towards the bathroom. The soft carpet under his feet was warm, contrasting with the air-conditioning blasting at full speed. In the background, the man in the bow tie explained that a rupture in one of the most essential pipelines would likely result in a surge of gas prices. He hesitated for a second and then opened the sink tap.

‘Are you preparing breakfast?’ Amanda asked, reaching him and turning the tap off. The boundaries between conversation and argument were always foggy with her.

‘What in hell are you talking about? We are in a hotel; they bring us breakfast.’

‘I see. It will take a while to have you fully domesticated, but I’m sure I’ll do a good job on you.’

You bet.Carlton didn’t retort. Although Amanda was by far the best experience a man could have in bed, she was also too much of an embarrassment. Her flirtatious nature brought attention to her, and as a result she was on the cover of too many magazines. Amanda allegedly had a relationship with that famous Hollywood actor who never won an Oscar, followed by a notorious rapper and countless other partners.

Carlton was irresistibly attracted to her, but their relationship needed to be confined to a hotel bedroom. Or to his own bedroom occasionally, or even the back seat of his Rolls-Royce, come to that. But that was it. No public appearances with Amanda and the newly instated CEO of Allerton Groceries.

He didn’t want that sort of attention anymore. Not now and perhaps not ever.

Carlton knew it, and Amanda knew it. Neither of them were ready to relinquish their current arrangement, hoping the other changed their mind or at least adapted. Not yet.

He entered the shower; Amanda followed. She wrapped her arms around his neck and kissed him slowly. Carlton grasped her bottom and lifted her against him.

You won’t change my mind.

Chapter 1 is continuing today over over on the_book_reviewing_mum 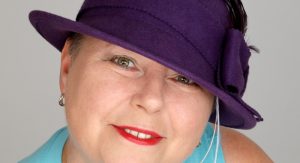 Colette Kebell is an author of Chick-lit/Romcom, though a relatively new one and thus far has self-published her books. Her books are light-hearted, fun and quirky and even considered by some to be inspirational. She has also found avenues to translate both into Italian (thanks to her husband), and into French, Spanish and Portuguese via Babelcube.

As a career, Colette spent her later years as a legal secretary. After a first attempt at writing many years ago (a book that still remains in her drawer) she resumed this passion a few years back, after being made redundant. After a few book signing events and a book talk, which almost caused her to collapse with nerves, Colette now spends her time between her home in the UK and her home in France.

Colette has two adorable dogs and spends some time, when not writing and marketing her books, cooking for herself and her husband, gardening or designing various items for their home. Amongst her other hobbies, she has also experimented with furniture upholstery, and she might, from time to time, have a paintbrush in her hand.

Click to view I Don’t Do Mondays on Amazon UK and Amazon US.