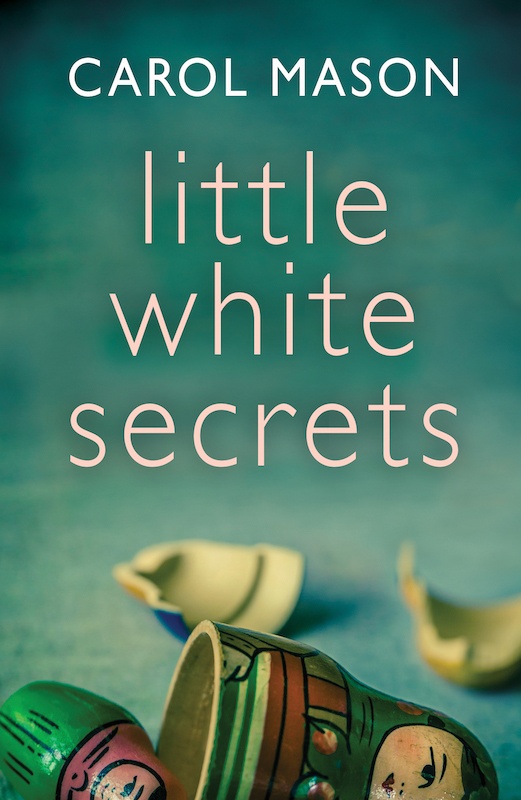 A big welcome to Carol Mason. She is joining me as her latest novel, Little White Secrets has been published today.

A daughter pushing the limits. A marriage ready to crack. A secret that can break them.

For Emily Rossi, life may not be perfect, but it’s pretty close. She has a great career, a house in the country, a solid marriage to Eric and two wonderful children—tennis superstar Daniel and quiet, sensitive Zara. But when her fourteen-year-old daughter brings home a toxic new best friend, Emily’s seemingly perfect family starts to spiral out of control.

Suddenly Zara is staying out late, taking drugs and keeping bad company. And just when Emily needs Eric to be an involved father, he seems too wrapped up with his job in London to care. What’s more, he’s started drinking again.

When a dark secret from the past emerges, Emily’s life is turned upside down. Struggling to protect the people she loves, can she save her damaged family? Doing so may mean keeping a secret of her own…

To celebrate publication day for Little White Secrets, Carol and Lake Union Publishing have shared an extract with us. Comfortable? Got that drink? Biscuit? Excellent. Enjoy.

Emily Rossi’s life was just fine, until her daughter Zara brings home a new best friend. Emily senses that Bethany Brown is trouble from the very minute she finds Bethany all cosy with Zara in her kitchen – just a couple of weeks after Bethany came door-to-door collecting with her mother, for a domestic violence charity. But, in the spirit of not wanting to judge her just because she comes from the other side of the tracks, Emily invites them both for dinner. And while it feels like the evening from hell, little does she know it’s nothing compared to what’s to come…

‘As I was saying to Charlotte, until you’ve been a single mother, you really have no idea. Bethany was a nightmare from the day she drew her first breath. But you’ve got no choice, have you? No part-time options for you.’

I stop and look at her now as she stares out at the garden, thinking how blithely she just referred to my friend by name as though we were a cosy little trio of pals. ‘So no help at all from Bethany’s father, then?’

She makes a disdainful sound effect. ‘You know what men are like. They tend to think that supporting their kids is your right but their option.’

‘But surely he has to pay child support?’

‘You’re never going to get blood out of a stone. Or out of a man when he wants to be a bastard.’ She stares at our wedding picture on the sideboard for a moment or two, then looks me straight in the eyes. ‘You know, I’m a good person. I don’t want to cause him harm. He’s got his problems and I did once love him . . . A part of me has only ever wanted him to wake up and realise his responsibilities.’ She looks off, solemnly, into the distance. ‘I always say to Bethany, “Treat people how they treat you. And if people want to walk away from you, you have to let them walk.” But then on the other hand, if they owe you something, they should pay up, shouldn’t they? Then you need to hunt them down the rabbit hole.’

‘How true,’ I say, suddenly thinking, God, you wouldn’t want to get on her wrong side, would you? Despite her words, she doesn’t seem malicious, though; more like actively dejected.

‘I don’t know why it never works out for me . . . All I ever wanted was a kind, reliable man. Like you have. But they always treat me like I’m just a nothing with no feelings, like I’m not a real person . . .’

‘You must have some nice friends in the store,’ I say. Anything to be a bit more upbeat.

‘It’s mostly men in accounting. Married men. And – oh! – keep me away from the randy wedded letch . . . I mean, if single ones are the misery they always are, why would I want one that has a wife in tow? And the sales associates are really just a pack of hens. You think they’re your friend one minute, and then one day you see the judgement in their eyes. And you think, Hmm . . . I wonder what terrible crime I’ve supposedly committed now?’

I let out a tight sigh.

‘Oh, they think they’re better than you, because they own their own homes and have solid marriages, and model children. They think it’s because they made good choices and you made shitty ones, but it’s not as simple as that, is it? Sometimes people just land on their feet, whatever they do.’ She is back to looking around our house again, appraising our stuff like it’s up for auction.

I pull the casserole out of the oven and contemplate putting my head in there instead. ‘Where did you live before here?’ I ask her.

‘Preston for years. Then when Bethany was ten I decided to move back nearer to my parents, Harrogate way. I just thought, What am I doing? I’d got nobody to pick her after school or do anything to give me a break, given her dad just decided he could take what he wanted from me then slope off.’ She absently fingers the fringe on a green velvet cushion. ‘Bethany had to change schools a few times. People were never very appreciative of what she had to offer. They only looked for the bad, as people will do.’

‘Where do your parents live, then?’

‘In heaven.’ She looks at me bluntly.

I’m confused. ‘You mean they passed away recently?’

‘No. But even if they’d still been alive they were never very much use to anybody. They liked their caravan holidays and Sunday rambles in the country. That’s about all they were good for, really, trucking around the great outdoors with a packed sandwich and a flask of coffee.’

‘So how did you land on this place?’ I ask, thinking, Pity you did!

‘Oh, it’s nice here. Though we don’t live right in the village like you do of course. We can’t afford it.’

She attempts to explain where they are exactly. The council housing estate, is all I gather.

‘Dinner’s nearly ready.’ I add another pat of butter to the mashed potato.

‘Your husband must love that you cook.’ Suddenly, she has walked over to me and is standing so close I can feel the heat of her breath on my neck.

‘I’ve really only got a handful of dishes.’ When I glance over my shoulder, we are almost nose to nose.

‘He had a lot of anger issues,’ she says. There is something oddly withering in the way she looks at me. ‘He hated that I’d got pregnant. I suppose birth control was meant to be my responsibility, even though he was the one with the penis.’

I notice that she speaks of him with the sort of repulsion you’d feel towards someone who had just recently dealt you some damage or disappointment. He absconded years ago, according to Zara, but Janet’s antipathy is fresh. Her grudge is alive and kicking. It’s very strange.

‘He never wanted a child with me. Not with anybody, actually. Not that they ever do! That wasn’t part of his grand life plan. So he just managed to convince himself that Bethany wasn’t there. The business of pushing me around was how he got to take control of the situation when I told him I wasn’t going to go gracefully.’

I slide out of her range, rub my hands on my apron, feeling a stricture in my throat. ‘I’m sorry.’ I say. ‘How awful . . .’ I hadn’t realised she was married to a monster. But it fits now. The battered women’s charity collecting.

‘If ever there was a girl who would have benefited from a father, it’s Bethany.’

‘But only from the right father, no doubt. Sounds like your ex wouldn’t have been it.’

She just looks at me, somewhat flatly. ‘You have no idea what it’s like to do your very best for a man only to find they’ve got such little respect for you. Or maybe you have. How would I know? I know nothing about your life.’

‘We should probably sit down at the table now,’ I say. Suddenly, I think, Woman, if I have to listen to this for another two hours I’ll slit my wrists!

The girls’ giggling upstairs breaks the strain slightly. Bethany’s mannish guffaw. ‘I’m happy they’ve got each other,’ she says. ‘Bethany so badly needs a good role model. Someone to keep her on track.’

I am not too fond of this responsibility she is conferring on my daughter. ‘You mentioned her having to move schools. Was there some sort of trouble?’

She drains her glass. ‘I believe I need a refill.’ 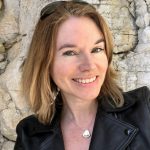 Carol is the Amazon Charts and Kindle #1 bestselling author of women’s commercial fiction. Her novels have been translated into more than 15 languages and are available all over the world. Originally she is from Northern England but she married a Canadian and has lived in Canada most of her adult life.

You can also find out more about Carol on her website.